What is Github's project pages call to action?

I've been examining GitHub's design for quite some time now. One thing that I still feel I don't fully understand, from a UX perspective, is the call to action of the project page? In other words, what is a user expected to do when they arrive at a project's page? 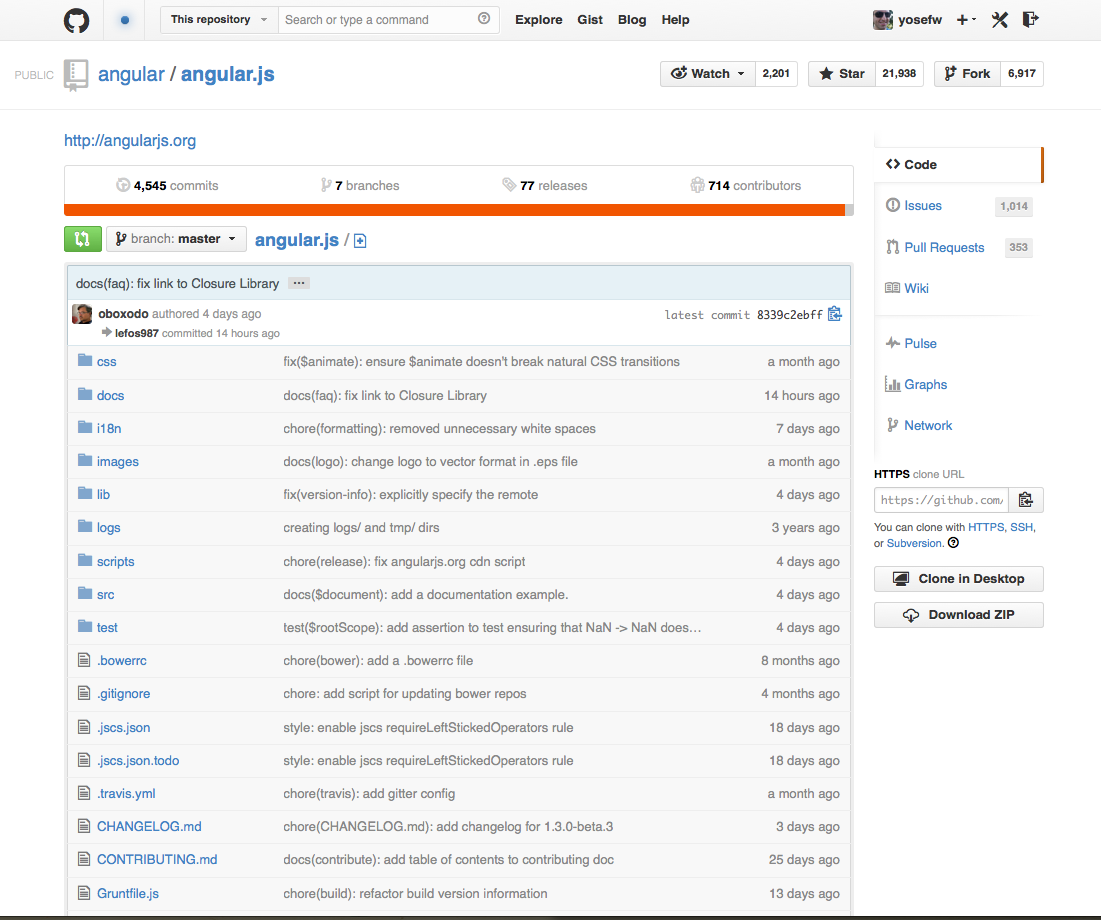 The most prominent element on the screen is the file tree. 6 buttons are have the same visual weight (Watch, Star, Fork, Clone in Desktop, Download Zip and the green Compare button). Does the "interface" actually want the user to do anything, or does it actually convey a "know what you're doing or don't touch anything" message?

GitHub hosts code repositories that make use of the Git version control system. Traditionally, Git is a command-line driven tool, so most users of github actually "interact" with it using the command-line.

The web-based "view" on a repository (from my experience as a user) primarily holds two use cases/advantages:

There are some other handy features, like the issue tracker, or forking a project, but you wouldn't typically use those features on a daily basis.

Lastly, it is quite nice to see some usage statistics at a glance right on the project page, specifically related to project popularity (number of stars/forks/watchers) and project activity (date when each file was last changed). This is particularly useful when comparing two projects/libraries that provide similar functionality, before deciding to use one in your own project.

Since GIthub.com is interacted with primarily via Git on the command-line the CTAs are located within the sections that users go to for primary interaction.

Coincidentally, these are the only actions not available in git-the-command-line-tool —i.e. they are features specific to GitHub.com:

You have to look deeper into GitHub's intended audience. GitHub was built by developers for developers, a majority of whom use the repository to store their code for software development projects that they're working on. I would assume a majority of GiHub's user base are of the technical breed, in which case we would consider them "advanced" users.

GitHub is more of a utility/hosting app, with a few things that may need more prominence than others such as creating a pull request (i.e. the bright green button). Each user comes in and may need to do different things, so it is likely a choice by the designer's at GitHub to not put too much emphasis on any specific items. Any elements that do have emphasis on them are likely used more based on usage stats.

For example, on the screenshot you posted, the most apparent elements are the Language Statistics and the green, "Compare, Review or Create Pull Request" button. In this case, the language stats (amongst other things) provides the user a quick overview of how much dev work was put into it via the languages used and the Pull Request button is there for when the user needs it. Based on usage, the designers/devs likely learned that this feature was used more at this point in the workflow.

In terms of call to action, think about how designer's or photographers use Photoshop, it's a tool. There may not be an intended flow or CTA per se, it's just a "toolbox" with all the tools you need to get your job done. The different ways of using it varies user by user.