What is the best UX pattern for large dropdowns in case of mobile web pages?

I need to create a mobile web page which will prompt the user to select a village name from a huge list of names (around 30000 villages). The desktop site renders properly, and is quick enough. The user can quickly find his village by selecting the dropdown and typing few characters in the keyboard.

When I'm creating the same site for mobile, the dropdown becomes unusable, since the user will need to scroll the whole list. Autocomplete is also becoming extremely slow. Also, on mobile phones, the website becomes very 'heavy' and causes device touch response to become slow.

Please suggest what would be the best design pattern for handling selection from such large datasets for a mobile website.

Provide functionality to let the user drill down the number of items to choose from. Do this by using properties of the item the user knows about.

In your case you could ask in which state the village is in or what the first two postal code digits of the village are.

Since it is a web based application, i would suggest to display small number of data to the user and provide proper filters or search options to the user to find desired data (in your case village name). you can try couple of options here.

Option 1: You can provide a text field for village name with search option. user should be able to type 3-4 letters and click on search to get the list. 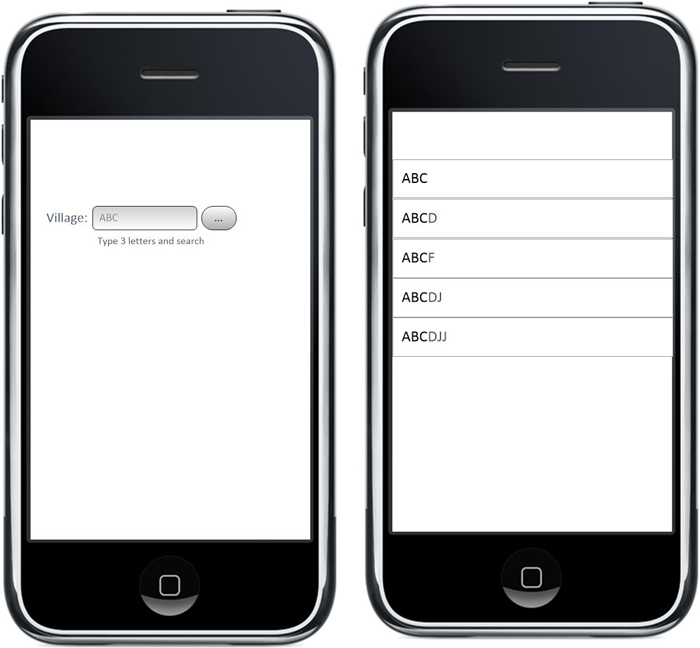 Options 2: You can provide browse option to the user with proper grouping. 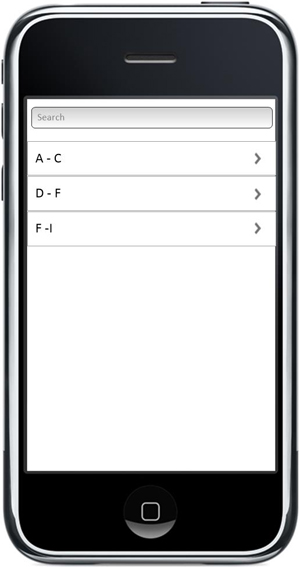 Surely the users already group these buildings in their mind by something else - by city, by company, by department(within the company). I would suggest that you have an expanding tree or grid that lists the divisions and let the user either check each option, or expand it to check the options within.

You can use a tree control with checkboxes for this. You can use a TreeView or build a tree like or expanding grid control with a table and buttons. Building your query for the report will take some doing, but once you have done this work, this type of interface will be very intuitive to the user. Do not shy away from something that looks hard to do, if it is the most intuitive solution for the user.

if the user wants to print the report for a single building, then they probably know what state and city (or whatever division they normally think of) and can drill quickly in to find what they want. But you will probably also want to provide a search option that will let them type in a string and you would expand the tree to the matching options and highlight them so they can check them if it/they are what they were looking for. Again, quite a bit of work, but don't shy away from it. The name of the game in providing a user interface is making it INTUITIVE, so the user does not even have to be shown how to use it, but will know exactly what to do as soon as they see the screen.

So yes, what you are thinking of a grid, is good, but give the user some groupings - make it an expandable grid, with rows that are group headers that the user can take advantage of to select everything within that group or expand to drill into that group. The query would then just be a matter of looping through your tree and saying something like "where state is in (...insert state groups that were checked...) or city is in (insert city groups that were checked) or building is in (insert buildings that were checked individually)". So actually the query should not be hard to build. If you need to pass the collection of what the user chose to other parts of your application, from the code behind of this page, you can build a collection of the selected items and put it in a session variable.

Not the answer you're looking for? Browse other questions tagged mobile mobile-web dropdown or ask your own question.

8
Designing for mobile web browsers
3
Using mobile design elements for standard web pages?
1
Choosing the right resolution to target for the mobile web
9
Best table pagination pattern for a mobile browser experience
1
What is the best way to select a subset of a string, for both web and mobile?
2
What are best mobile navigation practices for infinite scrolling pages with a deep hierarchy?
2
Local navigation for long mobile web pages?
0
Difference between mobile site and web responsive? What should be the approach?
2
Step left design pattern for large number of steps on mobile