I am developing an Android application to display a list of upcoming events nearby. When click on a list item, the application display some event info, and also two buttons: 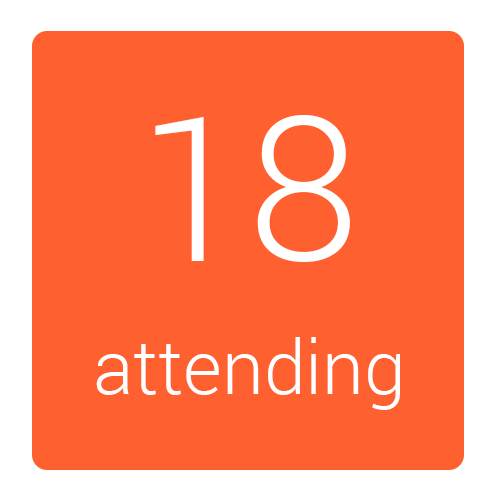 I think there's a confusion between several elements:

Also, the image you've uploaded doesn't look like a button, so it's very hard to tell that's the element that I should interact with.

You don't need icons or gradients: just use words, and seperate the current state ("18 attendees") and the possible action ("Are you attending? Yes/No") and synchronize the two accordingly.

1.-Should I make an icon to represent the button?

Icons can be really confusing, ambiguous, and they add to the time it takes the user to interpret the design. The general recommendation is that if you can say it with words - you should. You should definitely not base the interface on icons only, but you may consider adding them next to the text.

Like anything in UX - it depends and there are exceptions. Icons can add to the aesthetics of the design, albeit while adding visual noise. Also, if there aren't many icons, experienced users may get accustomed to them and may locate a function by the icon rather than text. But the interpretation time for a single word is typically similar to that of an icon - so no real gain here if the label is one word.

2.-Is it OK to display "attending" instead of "I´m attending"?

Yes it is. It is implicit that you are the one to attend and no one else. That's why you don't see buttons labelled "I'm OK with this" but just plain "OK".

3.-Should I add some decoration to the uploaded image? (Gradients, etc...)

Refrain from adding any graphics unless it serves a clear purpose. Gradients, in general, add visual noise while not helping with any semantics. Even their aesthetic is now heavily disputed in the age of flat design.

4.-Is the uploaded image user-friendly? (easy to understand...)

I don't understand what is the uploaded image and how is it differ from the icon. Also, is your plan to put the number of people attending on the same button saying "attending"/"interested"? Because that may be confusing.

I'm assuming the intended functions these buttons are:

Take inspiration from this and always name the buttons according to the function they'll perform: 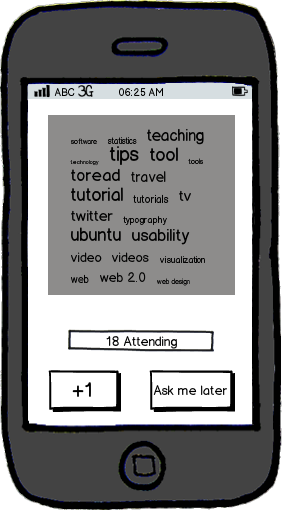 If you think my suggestion is changing more things than acceptable, I'm happy to discuss.

Not the answer you're looking for? Browse other questions tagged buttons icons or ask your own question.

12
How can I distinguish two different types of buttons, without using labels everywhere?
6
What is the best way to display per-tab commands or actions?
50
Should I provide feedback from a save button?
8
Should a button behave differently when pressed a second time?
6
Multiple download buttons for a file type
1
Icon same color as Buttons
2
Buttons containing icon & text VS. Buttons containing icons, with text below
4
User-friendliness vs. conformity (with an app)
0
Material Design for web: Buttons with labels or icon buttons?
4
Best horizontal order of icons for list-based operations (e.g. edit/delete or delete/edit)