Demonstrating that Audio and Video can't play at the same time?

I will have a screen with a Video in the lower right corner that is playing. One the screen behind the video there will be an audio channel that can be played. Only one of these streams can play at the same time, so only audio and no video or only video and no audio. 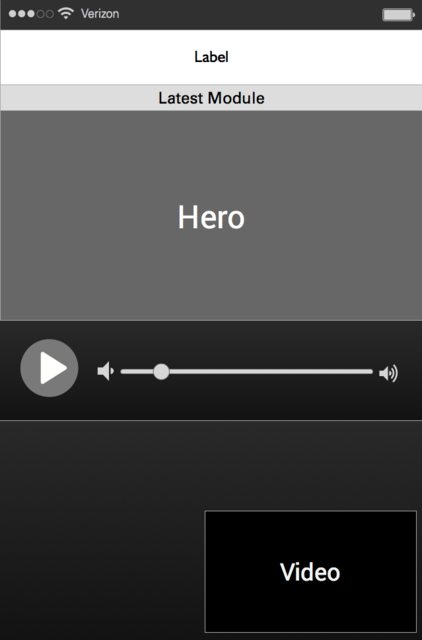 One thing to note, is you can't come to this screen unless the video is already in the corner. It will most likely be playing.

There are a few ways of approaching this, if the video is playing and a user turns on the audio:
1) The video just stops playing
2) The video closes and goes off screen
3) There is a message to the user telling them they can't have both playing at the same time.

I believe it is good practice to communicate to the user when they can't do something, but not sure if it has enough value in this case.

Here is what I would do. And to make tabs visible, I would try not to stretch tabs making them equal to the width of video container. I would use them the way they are shown. 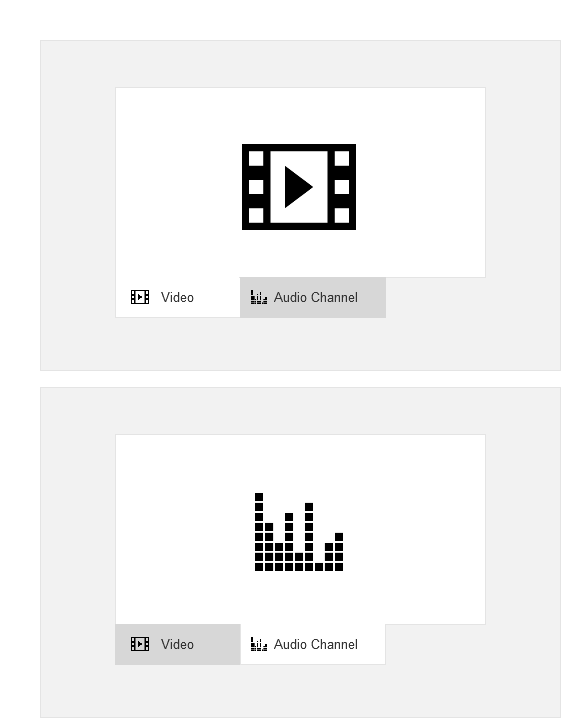 You don't have to use visual cues to make this apparent to the user before things happen. Users expect it's either one or the other. What you need to do when one channel is playing and the other channel is requested to play is to pause the other channel and represent the paused state with a play image:

Don't close the video screen and don't make it disappear. Make it possible to start again with just one click.

Not the answer you're looking for? Browse other questions tagged video audio or ask your own question.

1
Should video always play full screen on cell phones?
1
Easy way to let every-day users embed images, videos, audio files, etc. inside text?
1
Acceptable use of a homepage background video?
0
User behaviour when user closes prompt and returns to video which is paused in the background?
1
How to tell user about possible audio interruptions when tab loses focus
6
Should video lightbox “remember” the last video position?
1
Should video auto-play on preview screen?
1
Users' attention to minimized video
1
Audio for testing purposes
1
Is a good idea to mute a video on scroll/tab change?