Why are those Sign-in/sign-out icon a convention?

I've been recently implementing a custom icon-font & I decided to use those icons for Sign-in/sign-out:

My only real reason being that choice is that it seems to be a convention in all major icon font library & icon font database. A quick search for "login" or "logout" on http://fontello.com/ or http://thenounproject.com/ will show that they are most of the time use this way (with 1-2 exceptions).

My coworker (3 persons) on the other hand think that they should be inverted, because it feel wrong to them, and one of them bring up the similarity between login icon and a exit sign:

The green exit sign has been used for many years now and is well recognized as intuitive and clear, even on countries that still use text signs predominantly. Obviously, the advantage is that the pictogram makes the idea clear "move fast through this hole/door to a safe place". You can read a bit more about how Yukio Ota's design was conceived in this wikipedia entry.

If you consider the meaning of the sign itself, using it as login/logout, it's a bit stretched since the only remaining part is the movement, but not the speed or emotional state associated. But, our brain is used to abstract and extrapolate ideas, so since we know that the green running man is going to cross the door, we can keep that part as a concept and use it, so you could use the icon with the text "login" and people would understand it, but I have my doubts if it's used as standalone icon with no text of input fields close to it.

The idea associated with the green running man, is exit, not entrance.

Your set of icons with arrow and text are clear to almost anybody; obviously not as clear to people that don't speak English, but still quite clear.

As an extra reference for the green running man, in this article on slate.com, you can read how there was also a very similar design from the Soviet Union. To be fair, I think that both designs convey the same idea with the same clarity, I wonder how much influence had the cold war on the decision, but that is just my curiosity.

Also, considering a common emergency exit, we see that it opens to the outside of the room we are in, so the common green running man, and your grey icon on the left, seem to use the same "push to do the action" idea. 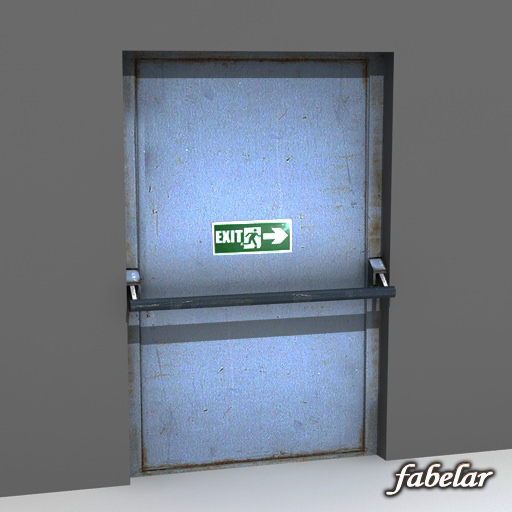 About your grey icons, they are an evolution, or transformation of some icons that have been in use for some time now, which are the abstraction of the idea of crossing the door, but look like going "into" and "out" of a box.

Not the answer you're looking for? Browse other questions tagged website-design gui-design icons login logout or ask your own question.

31
Why would a web site hide the log out button?
26
Why do some sites use “If you are not <user>, click here” instead of “Log out”?
8
Interested in why the “Sign In” options are sometimes so trivially designed compared to the “Sign Up” option?
2
What is the best location to place an identity context control (avatar, name, sign out button)
5
What page should be shown to the user after s/he sign out?
3
Should you always confirm sign-out in a mobile app?
2
Tri-state icon convention?