My error message has a sad face emoticon : ( so that users can easily know that there's an error since just making the alert background to the color red doesn't really emphasize an error message because our websites primary color scheme is red. Here's how it looks: 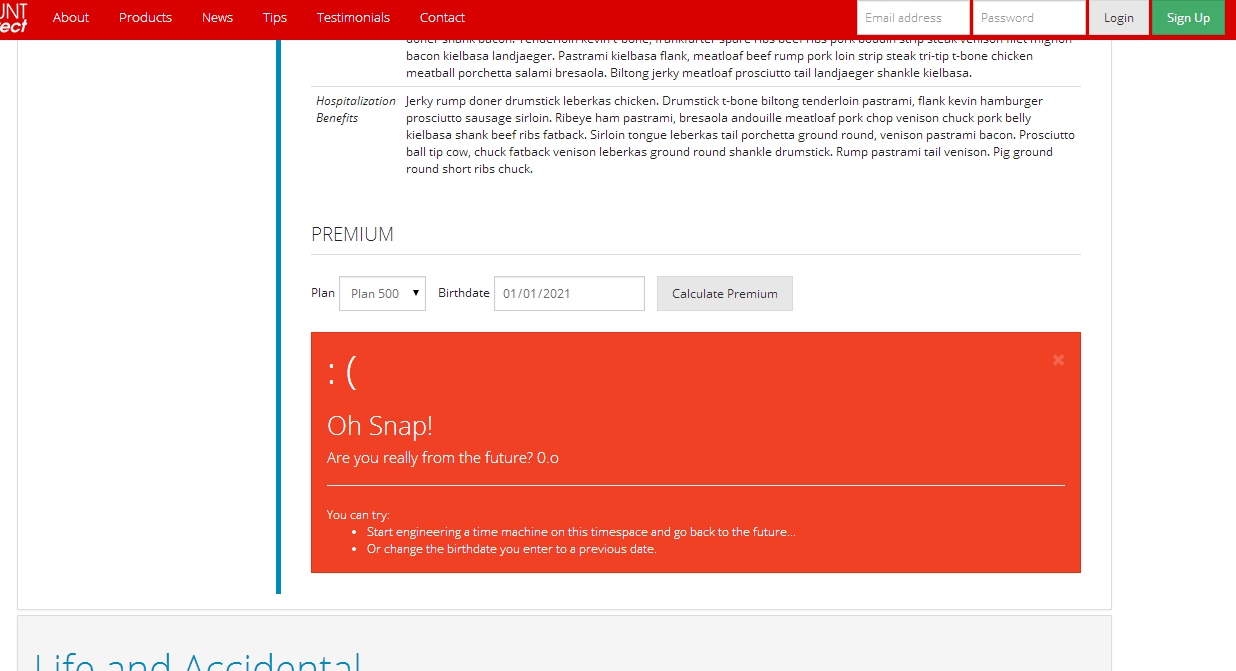 I want to make it consistent to all my alert messages so I will put emoticons on all alert types. On success, I will put smiley face emoticon :) with green background, but I can't think of any text emoticon for a warning alert (an alert that will not prevent users from persisting and is not that critical like errors, but still important to be read). I was planning to have it an orange background, is there a good text emoticon for a warning message?

Emotions is widely used and expresses feelings, mode and tone of the sender of the message. It’s mostly used in between people communication, where you in a text message can convey irony, sadness, excitement or happiness, which would take too long to write out, especially if the number of characters are limited.

In the more recent years, these emoticons have also been used in machine to person communication between (usually) a web application and a user. It’s often used when something unexpected happens; the web app governor doesn’t want to scare the user away. Throwing an extensive text message or even worse a 404 file not found message, makes users uncomfortable. Instead of explaining in text, you want the user to feel secure and assured that the web app owner are sorry for what happened as fast as they can. And the fastest way to do that is to use something the user is familiar with, a big sad face emoticon – and the user immediately know that it wasn’t them that caused the problem, it was the web apps fault.

A very smooth way to convey messages - use the language and symbols in the users domain. I can only applaud these emoticons in web apps. Well Done!

An emoticon is a meta communicative pictorial representation of a facial expression which in the absence of body language and prosody serves to draw a receiver's attention to the tenor or temper of a sender's nominal verbal communication, changing and improving its interpretation. It expresses - usually by means of punctuation marks - a person's feelings or mood and can include numbers and letters, as well. These emoticons are usually flipped sideways. In the most recent years, as social media has become widespread, emoticons have played a significant role in communication through technology. These emoticons offer another range of "tone" and feeling through texting that portrays specific emotions through facial gestures while in the midst of cyber communication.

I don't know of any warning messages, but things you can try (and test on your target audience) are the following:

I recently adopted this one, maybe it serves your purpose as well:

What i like about it is, that it works well for people who are not very familiar with emoticons (yes, they exist by the boatload)

Adding those emoticons is a bit odd, but I like it.
A warning message should alert the user. You can associate these terms with frightened or scared. The emoticon that pops to mind is this one:

On an other note. If you're afraid the messages will be hard to perceive as warning or success messages because the styling is similar with the styling of the rest of your website (it blends in) you might want to consider making it visually different.

If you look at the alert messages Twitter Bootstrap uses you'll notice they have subdued colors. They're not screaming something is amiss, but still draw enough attention. Adding slightly rounded borders can also set them more apart from your header.

Not the answer you're looking for? Browse other questions tagged website-design emotion alerts or ask your own question.

5
Subtle and understandable indication of AJAX page fragment load in progress? (No gifs!)
42
Have I missed anything from my list of web form best practices?
531
Should error messages apologize?
10
What is the difference between an alert and a warning message?
4
Application color theme and alert notification colors / status colors
5
Using 5 Standard Emojis for Satisfaction Survey or any Likert Scale
1
Designing warning/confirmation dialogue box
0
Science/Evidence based guidelines on number of character for alert messages?