How to present overdue items in a progress tracker

I'm working on a mobile app that helps users track the tasks they have planned for each project. The states (status) of the tasks are: Not Started, In Progress, Completed, and Overdue.

I thought I could display them like this, where each colored segment correspond to the number of tasks in each state, so that the users would have a quicker way of understanding and comparing which project requires more attention.

However, the problem I'm having is that a task could be in more than one state (ie., a task is Not Started and also Overdue, or In Progress but also Overdue). Hence, the total task count on the colored bar would be inaccurate (double-counting).

Is there a better way of presenting the overdue count? Although there are so many task management apps out there, I couldn't seem to find any similar examples to see how they handled this.

Thanks for the feedback!!

You have two different data groups that you are wanting to show, that have different units of measure.

When you put two different data groups on a single axis you will very likely create confusion at best, and will present mis-information at worst. You want to look at the user cases of you application pick the data group that makes the most sense to be primary, and the other secondary.

This example shows similar information to what you have above:

Can a "Completed" task be marked Overdue? Depending on how you track things it could make sense, but perhaps not.

Placing the overdue count along with the progress state will show their direct relation.

(My examples are certainly sketches to express the concept and not a direct suggestion on how to represent an overdue count. A much nicer there certainly is.)

Depending on your space constraints you might also consider other types of graphs. Donut charts are good for showing multiple statistics. A question was asked about them here recently, which included a nice example image: What are these "dial gauges" called? 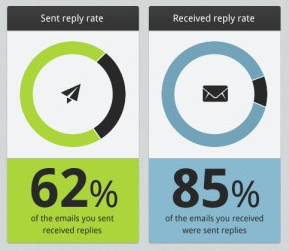 Not the answer you're looking for? Browse other questions tagged gui-design progress-bar task-completion or ask your own question.

1
What are these “dial gauges” called?

8
Conveying progress for a set of items each with 2 stages
5
How do I justify a “friendly view” when a department head is adding “table view” as a requirement?
18
Showing progress for a long many-step process with a discrete progress bar?
3
Best UI approach for a assigning tasks in a workflow to users
0
Documented reasons for preferring horizontal or vertical wrapping of checkbox items?
0
Progress Tracker with 2 levels
1
Best choice for data with multiple variables?
0
How to prepare a high level plan for a 1 week Design Engagement
0
Progress bar or text label for progress in a list view