Which spot has the best conversion in the grid layout?

We are going to show popup with 6 different offers, positioned by 3 in two rows. Of the these 6 offers, 2 are really beneficial for us (say, have high reward for click). Common sense says that we should place them on first and second spot - but is it really true, has anybody tested this? We'll have opportunity to test this in future, but now we need a good educated guess 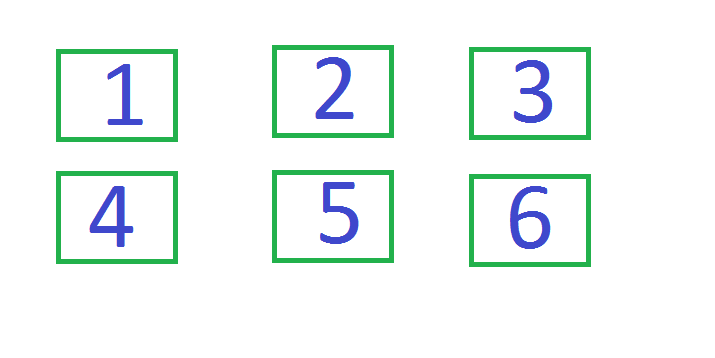 UPDATE: for now, the spots have standard documented design, there won't be much difference except logos (where numbers are now) and position. But as contributors insist in answers, size, form and other factors may be much more important. We can change the specification, but only if you conjecture, that this will increase conversion at least by 50% in comparison with keeping it simple and just placing the offer on the first place

The answer to this can be a little complicated and i know lot of layout designers and grid specialists have spent a lifetime contemplating on this. Before entering into the discussion we need to ask whether you want to be open about the profits to your advertisers or whether its going to be an under the covers thing. If you are not going to be telling this to your investors or advertisers so that you do not hurt someone.

We will need to stick with the grid that you provided and see what goes behind the natural process of picking one option over the other.

In this picture, by traditional laws the scanning would happen somewhat in this fashion: 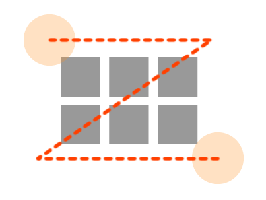 Again, this is subjective to the medium and size of the blocks, etc. but this is typically the way humans scan a layout more or less.

Now if the second scenario is true, where you are able to convince you advertisers or offer givers that you can promote one over the other, you can take on the these routes..

Proxity, shape color or size to give emphasis to one over the other: 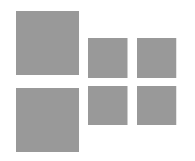 Its easier to say that one will most likely be pushed by these subtle differences.

Lets, look at a real life example to understand how and why this works. I have tweaked the prices from this real poster of burger king menu to make the decisions agnostic of price.

Disclaimer: I do not know which burgers make profit for them, but as a designer these are my assumptions and conspiracy theory if you want to call it that. :) 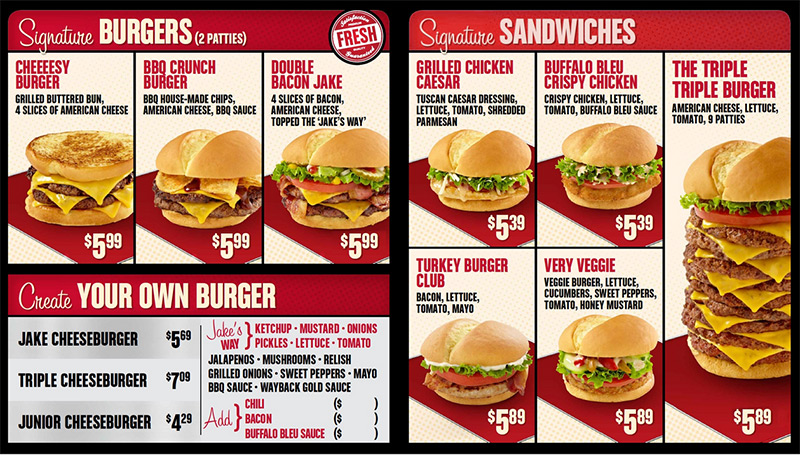 Now if you take this test yourself just pick two burgers and you will see the reasons explained above. Most likely people will pick these burgers. 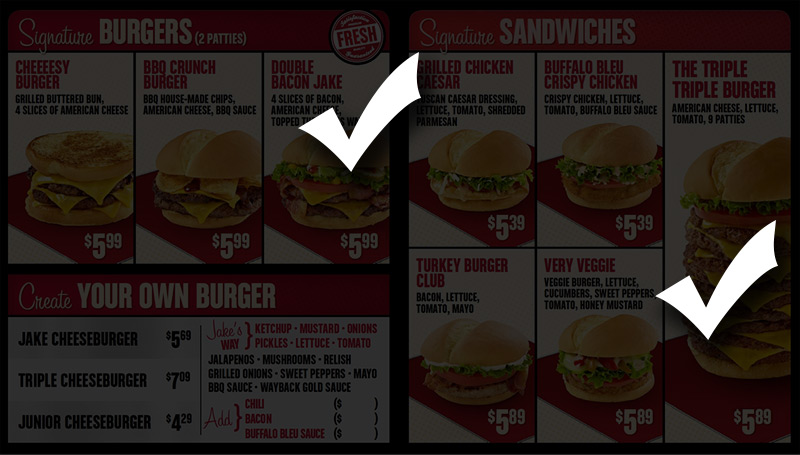 The reasons are straight forward.. size matters.. not that the same burger could not have fit into the same size box but the reasons are oblivious.. now the second choice is little sub-conscious but there are couple of factors that infvour of this choice.. one the picture is more appealing and second the fresh badge is strategically placed above this burger.

Hope this discussion helps you in making the right choice!

Place do play some role in choice, but decisions taking goes beyond placement. In terms of Behavioral Economics, you'd consider effects, which are influence choice architecture. Some of them are (from the List of Behavior Economic Principles...):

So, I'd recommend to divide the items on two groups (using Gestalt principles) to reduce choice overload. Each group should contain one winner (desired choice) and other options, which create Context Effect for a winner.

Other answers cover techniques such as sizing and emphasis to draw the eye to a particular box, but, as you state, the boxes will all be stylisticly the same and they are not numbered (the numbers are there for us to pick out the ones we define as the most likely to view).

So instead I am going to justify my selection by refering to eye tracking studies.

It is probable with a grid of six boxes that are all equal and presented in a popup that takes centre stage and dims out the rest of the site, that a general, average user will jump around those six boxes with their eyes pretty quickly and it is difficult to say which boxes they will look at and in what order.

Firstly, we can discount typical eye tracking based on text websites, such as that defined in this article: http://www.nngroup.com/articles/f-shaped-pattern-reading-web-content/ - the popup nature means this is not like a normal website, the users focus is naturally drawn to a sinpler form in the centre of the screen by the

This article describes how the eye moves, actually flickering around quickly and taking in lots of points, moving from one to nearby, closely related items, however, the way the brain processes information in this rapid way means it does not always register everything in one go.

From the same blog, a summary of many eye tracking studies that shows users when presented with a new thing to look at will look at the centre first, then flick up to the top left, though the various heatmaps and histrogram studies in the article show a very dispersed set of orders of focus. They also describe how users move amongst content, fixation to fixation, though there is no stongly defined order

So, in conculsion, with a set of six boxes, centrally placed and all equal, the eye tracking studies and study of how the eye and brain work actually suggest that it isn't possible to define a strict order of precedence or even to say which box will be looked at first. We can also discount the top left fixation found with full websites as we are dealing with a popup and it is probable that the eyes will land on boxes 2 and 5 first, given the central nature of the popup.

I also think that the number of boxes will have an effect, if you had 20 instead of six I think things would be very different, but I have no evidence to back that statement up.

This is however a very specific case, you might even benefit doing your own eye tracking study and also benefit from real conversion data as to actually defining which box converts best

I would go with the following "Priority Order":

For those interested, here is our results - the graph shows click rate depending on number of logos on page(slots_count) and on the their position in the picture(slot_id). The relevant to the question is upper right picture with 6 slots. As contributors pointed out there is not so much difference in the layout with little number or slots, but first and second slots certainly get more attention. 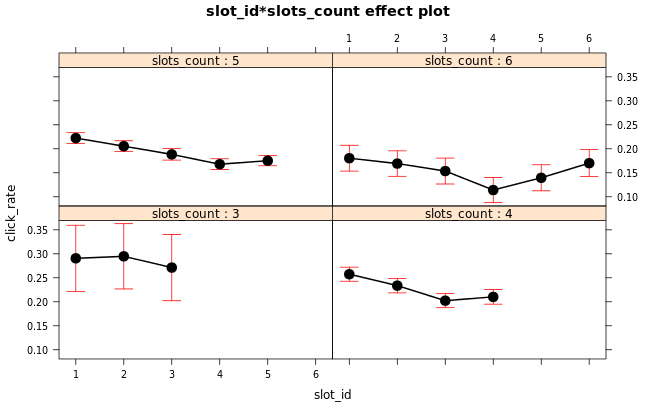 Not the answer you're looking for? Browse other questions tagged interaction-design layout conversion ab-testing or ask your own question.

1
Is grid the right layout for mobile web applications?
4
Best way to align 15 form fields for high conversion
2
Which captcha causes the smallest loss in conversion?
1
Best UI layout for the scenario?
1
How to determine if the conversion rate is high or low?
1
Balancing page which has few elements
1
Responsive feature comparison layout / grid
3
The right Layout grid for iOS UI design