I always thought sliders weren't as optimal for numerical parameters. You not only have to look where the parameter is, but also where the slider is and ensure you are clicking exactly there to make gradual changes from where you are currently. If you click anywhere else on the slider, the value jumps and the change is abrupt. This might be even more important for DCC applications where you have to keep your eyes on the final result more than the controls. 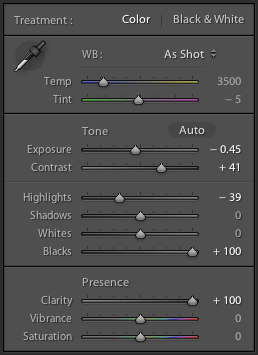 The only software I used that had a better alternative was Autodesk Combustion, where it shows where the slider is for ranged parameters, but also allows you to drag anywhere on the control and see the current value. You can also click to type a value if you want:

You can see the control in action here: http://www.youtube.com/watch?&v=MNRNk2vUW8U#t=285

Since I am not very knowledgeable on UX, I am wondering if there are any established thoughts on sliders, regarding their use, and any alternatives to them, etc?

For your question, I'm going to refer you to this Nielsen Norman Group article, specifically topic #4: http://www.nngroup.com/articles/navigation-cognitive-strain/

Just to highlight what the group is saying about slider for those who don't want to read the entire article:

Some navigation implementations risk pushing users into a state of cognitive strain which lessens the likelihood of them taking desirable actions.

For a while, everyone wanted sliders on their sites. In many cases, they are simply unnecessary.

The NNGroup also wants designers to consider the target audience when using the slider. In the example they gave in this article: http://www.nngroup.com/articles/good-ajax-an-example/ about the E-Trade screen, NNGroup said:

...it would be much faster to specify the target price by typing the number into a plain text box than by dragging a slider. It takes a lot of fine manipulation to hit, say, $96. Remember that older users — who are among the richest investors — often have less steady hands and thus face accessibility problems when a UI requires accurate mousemanship.

The NNGroup also noted about your point of value jump and change is abrupt in this article: http://www.nngroup.com/articles/too-fast-ux/

Fast Might Be Missed - When the screen changes in the proverbial blink of an eye, users might blink and miss the change...When changes happen on their own — without any user prompting — people don’t even know to look for them and are likely to miss things that change rapidly. To alleviate this problem, one useful tactic is to slow down the change...Rapid screen updates are great when they’re the result of user-initiated actions. When you touch a slider on a tablet, for example, you want it to highlight immediately to indicate that it has been activated. And, as you move the slider, you want the corresponding screen elements to update immediately.

Sliders are space-consuming, imprecise and can be accidentally clicked, which can lead to users becoming annoyed. To help remedy their ineffectiveness in these small areas, they're often accompanied by text-based input areas. These, however, still need to be clicked to be used.

However, the Lightroom example is a great showcase for how sliders can shine (pun intended).

If a user wanted to see how an image would change as the Contrast filters were intensified gradually, then moving the mouse slowly along the slider would be far more efficient than having to type in "0.1", "0.2", etc. to see the resulting balance. (In that specific case, sometimes the program would update the preview upon having only "0." in the text input, making it even harder to compare minute changes).

Not the answer you're looking for? Browse other questions tagged gui-design desktop-application workflow sliders efficiency or ask your own question.

5
Managing multiple windows in one application
3
Alternate to nested tab controls for a windows desktop application
7
Accessibility for non-web desktop applications
4
Does A Slider Control UI Element Like This Exist -- The Joystick Slider?
3
What sort of control should I use instead of a knob?
0
Usability of multi-directional sliders for touch interfaces
0
Working Between Desktop and Browser Applications
0
Providing affordance for round knob style range sliders
4
Are desktop applications called “apps” yet?