Should Forms Auto Submit (Auto Advance) When Questions Are Correctly Filled In? 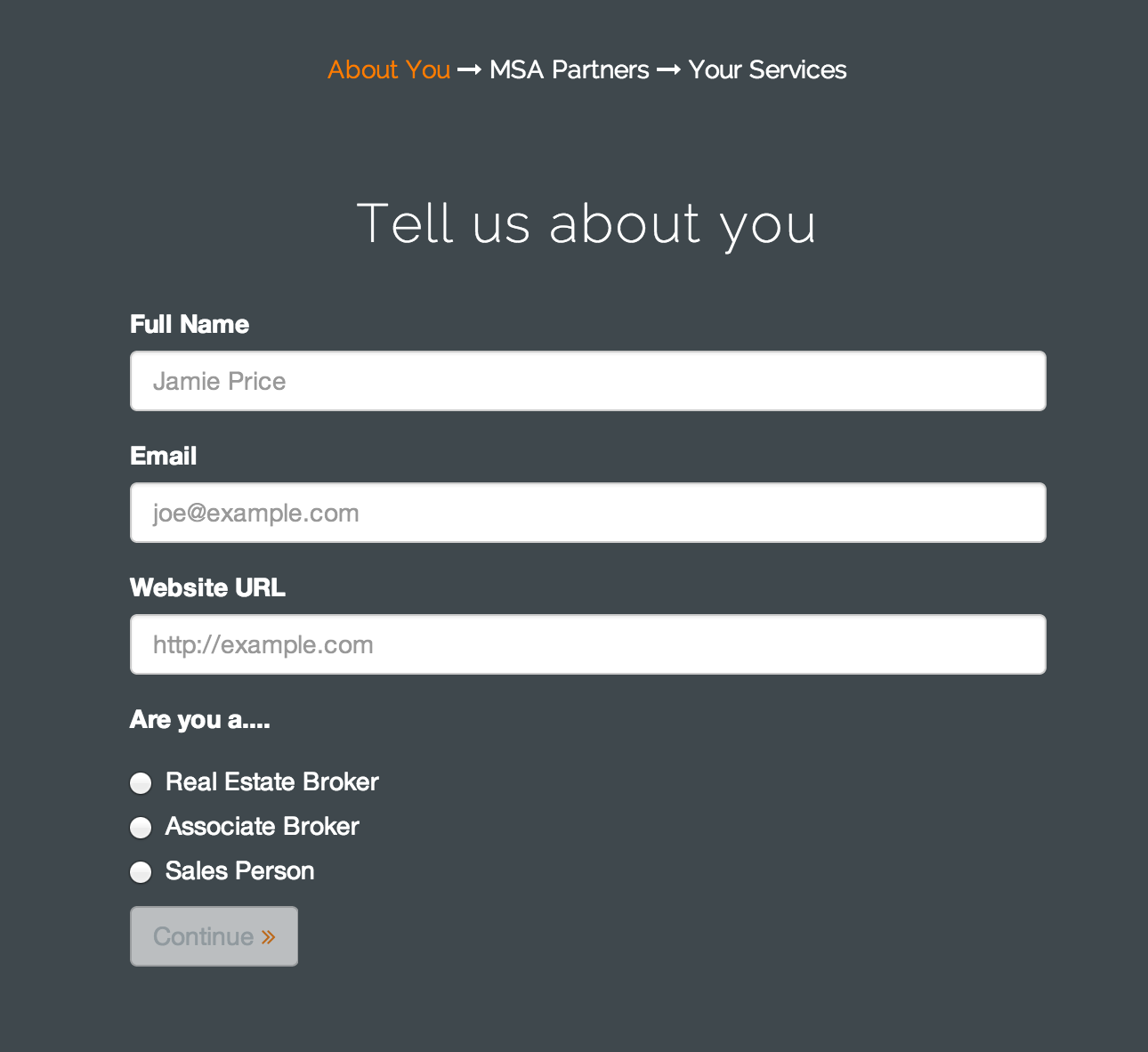 Now, I'm curious if I could remove the 'Continue' button and just have the form move to the next stage when someone correctly fills everything in.

This is a bit different than When is an auto-saving form appropriate?- because there's more questions to answer.

Here is another, similar, question but is a different context: Auto Advance to Next Field

There is a difference between auto-saving and auto-advancing, so I wouldn't necessarily prescribe the benefits of one to the other in terms of user experience and usability.

The problem with auto-advancing is that you are removing control from the user. Users like to feel like they are in control. If the form starts to advance them through the workflow before they "feel" they are ready, they are going to feel a lack of control:

Most flame wars you read about user interface issues focus on the wrong thing. Windows is better because it gives you more ways to resize the window. So what? That's missing the point. The point is, does the UI respond to the user in the way in which the user expected it to respond? If it didn't, the user is going to feel helpless and out of control, the same way I felt when the wheels of the dough bathtub didn't turn the way I pushed them, and I bumped into a wall. Bonk.

UI is important because it affects the feelings, the emotions, and the mood of your users. If the UI is wrong and the user feels like they can't control your software, they literally won't be happy and they'll blame it on your software. If the UI is smart and things work the way the user expected them to work, they will be cheerful as they manage to accomplish small goals. Hey! I ripped a CD! It just worked! Nice software! Wooooooooooo!

To make people happy, you have to let them feel like they are in control of their environment. To do this, you need to correctly interpret their actions. The interface needs to behave in the way they are expecting it to behave.

Thus, the cardinal axiom of all user interface design:

A user interface is well-designed when the program behaves exactly how the user thought it would.

As Hillel said, everything else is commentary. All the other rules of good UI design are just corollaries.

Source: Controlling Your Environment Makes You Happy by Joel Spolsky

The other problem beyond how the user feels about the experience is that you do not necessarily know that what the user entered is correct. It may be valid according to your regular expressions and form validation, but it might not be what the user intends to enter. If the form advances as soon as they have entered valid data you are taking away their ability to review to ensure it is correct data.

Giving them a button allows them the ability to review, plus it gives them the sense of control that they are using the form instead of the form using them.

Bad idea, for at least 2 reasons

I agree with the accepted answer, that:

Something else to note as well is that the user will not always complete the form fields in order.

In your example above, what happens if someone answers the radio buttons first because it takes one click, and fills in their name last? There is no foolproof way to ensure that someone has finished entering text into a text field, and leaves more questions than answers.

When would the form submit? When one character is entered? When the person tabs out of that field? If it submitted on tab out, what happens when a person leaves the cursor in the field while looking for the submit button?

While auto-validation and auto-saving work well, auto-submission is something that doesn't lend itself to being good UX.

Best case scenario, you have a form with only dropdowns and radio buttons and you have users who do not make mistakes in answering or mousing (obviously a touch screen would be a nightmare), but at the same time have no prior expectations to how online data entry works. What benefit do you gain by taking the time/cost to implement this? One button click per page.

I would say NO and here's why:

1) Potential to tap on the wrong radio button on the last step, especially on mobile.

2) Also in Luke W's book he talks about how users enjoy reviewing a form briefly before clicking the continue/submit button. You'd remove their opportunity to do that.

No you should not. Mechanisms like this have been abused in the past by programmers of malicious dialers: 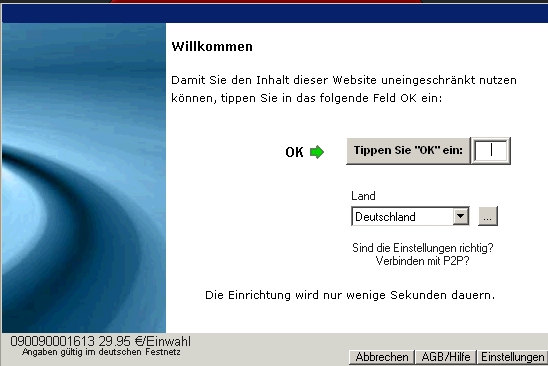 Once the user entered the letters OK the dialer would connect to an expensive telephone number (it says 29 Euros per connection here) and the field would be locked in that state.

While those dialers are no longer seen in the wild today auto advancing forms may remind older people of those dialers.

47
Do users understand the browser back button?
34
Auto Advance to Next Field
6
When is an auto-saving form appropriate?
2
Auto advance to next question in a questionnaire on user response
1
Automatic log-in

4
Keyboard navigation through form with multiple tabs
2
Auto advance to next question in a questionnaire on user response
2
Hardware best practices for data entry while doing field work
1
Summary page logic (forms)
1
Where to place add row button in a form on mobile applications?
1
inline form validation when user tabs out of an empty field
0
Change or not field focus after autofill next fields
2
Adding Users to a list
0
Form usability: Input type selector
1
How to organize nested groups of forms where a user can just keep adding to them?