Any research on the usability of the “inline modals” design pattern?

I recently read an article on a design pattern called "inline modals" here: http://uxmovement.com/content/inline-modal-windows-display-new-content-in-page-sections/. I think it's a good pattern that elegantly solves the context-killing and disruption issues that traditional modals have.

I was wondering if there is any usability research on these or if anyone has observed the usability of them first hand and could share their findings? If you had any other examples of inline modals in the wild I would appreciate that as well.

One tangental thought I had with inline modals in Apple's implementation below is that I wonder if we confuse users with small icon buttons (especially plus/minus icons) that always seem to do different things. In one application they could add/remove items, in another it slides content up/down, here it activates a small, inline modal area.

A live example of an inline modal can be found here: http://www.apple.com/osx/how-to-upgrade/. Picture of above URL: 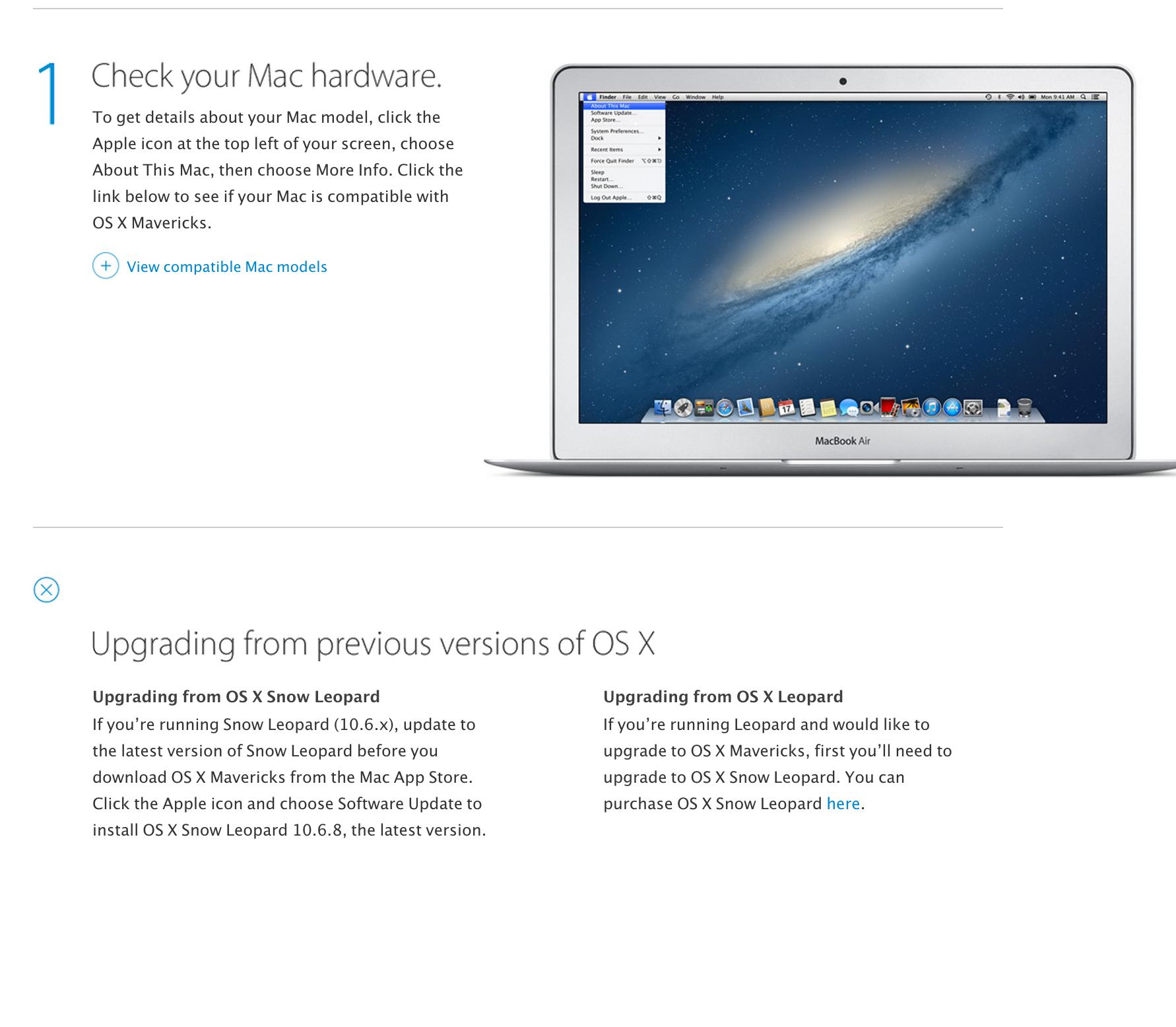 Step 1 is the starting state, the section below it (step 2), is shown with the inline modal activated. Clicking the close button will bring it back to the same state as step 1.

There are 2 types of dialogs: modal and modeless (or non-modal).

A modal dialog blocks the content beneath and only allows you to interact with it.

Therefore, saying that a dialog is inline modal is really just a fancy way of saying that it is modeless (or non-modal) because it does not block any content due to it being inline and you can interact with it, as well as the content around it.

As far as the usability goes, I think that it would be very subjective and would depend on how the designer/developer chooses to implement it. It could be very smooth and intuitive. However, it could also be horribly annoying and/or confusing.

For example, like @JHixson pointed out in the comments with respect to your Apple example, you have to click the X on the inline modal to return to the original content. That's annoying!

The intuitive route would be to allow a mouse click or key press, usually Esc or Space, to return you to the original content so that clicking the X isn't the only option.

Also, take a look at the link itself. What does it look like? A link. What do links do? Take you somewhere else. Or does it? The plus icon helps, but still you aren't very sure what to do. That's confusing!

The intuitive route would be to make it look less like a standard link. Separate it with a different color; better wording of the link itself; a different icon, maybe a down arrow? There are many different ways to improve the usability.

Come full circle to say again, I think that it would be very subjective and would depend on how the designer/developer chooses to implement it.

Not the answer you're looking for? Browse other questions tagged design-patterns or ask your own question.