Research on impact of display ads on UX?

Is there any research on how the kind and amount of display advertisement affects UX and or usability of the site?

I recommend looking at this smashing magazine article which states that while loud ads are usually ignored by users due to Banner blindness text based and static ads are generally better received. To quote the article

The state of online ad delivery methods leaves much to be desired. The only universally well-received options are static text-based ads and static banner advertisements. Banner ads are good because they’re usually discrete, but they’re also bad because readers usually ignore them. This well-documented phenomenon is known as banner blindness. Web usability professional Jakob Neilsen confirms that “Users almost never look at anything that looks like an advertisement.”

I also found this interesting study which states that text based ads are the most effective way to avoid banner blindness.To quote the article

According to a recent survey by a leading market research firm, it was found that 25% of web site visitors are more likely to click on a text-only ad when they visit a web site, a preference that beat out every other ad format.

I also recommend looking at this interesting article which did heat map studies of sites having banners to see the best positioning and see which are the areas banner blindness was the most prevalent.

The study showed that if it looks like banner ad or an add,users are more likely to ignore it but if its well integrated into the site and seems like part of the site it might have greater success. 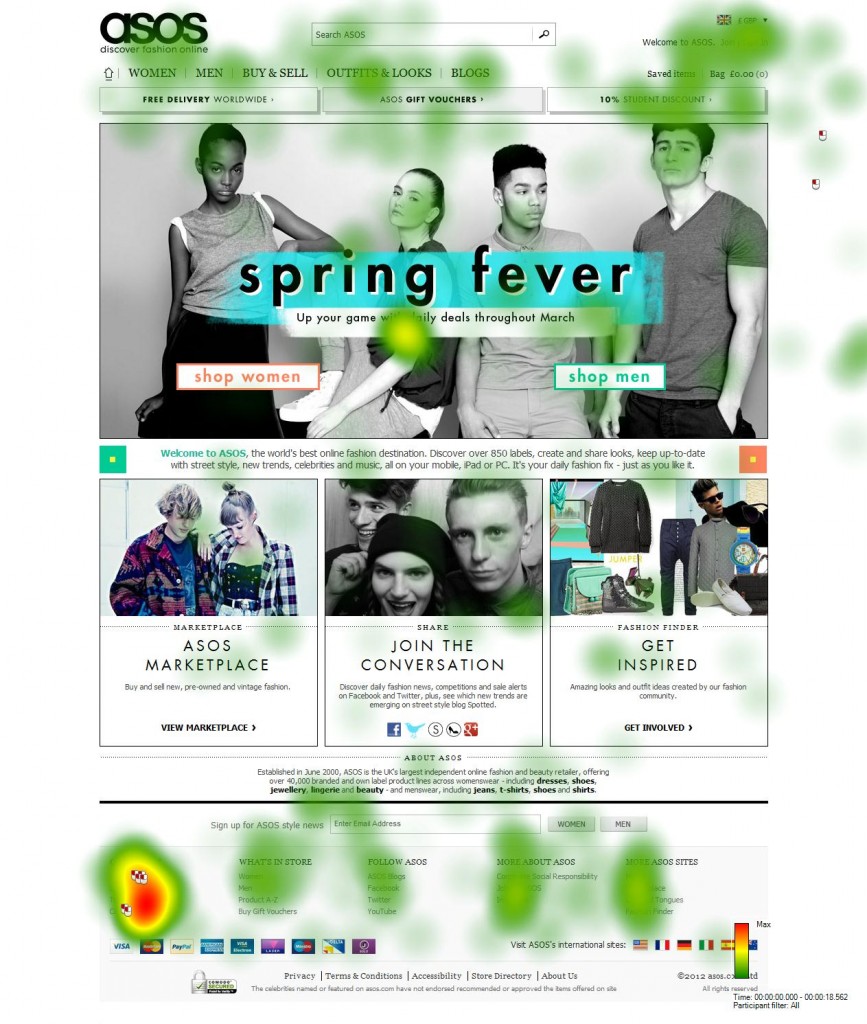 With two of the sites when users had a specific task in mind, the main banners were ignored – even the animated one. This could suggest that the central real estate of many websites is ‘wasted’, dead space, because users don’t perceive the messages or offers promoted there.

However, the ASOS central banner managed to capture participants’ attention better. In comparing task-based and free-roam behaviour, we could see that the users’ pattern of perception was not as strongly influenced by the task as on the other homepages.

What does the ASOS banner have that the others don’t? Our interpretation:

Not the answer you're looking for? Browse other questions tagged usability research or ask your own question.

18
Usability research on sticky headers?
16
What research methods can I use to create personas?
3
Any research about "few markets" that expect external links to be opened in new windows/tabs?
13
Is there any research with respect to how font-weight affects readability?
6
Examples of UX Research Proposals
0
Display information: Redirect to new page or show pop-up?
4
When conducting user research/customer surveys, how do financial incentives affect quality and quantity of feedback?
12
Research about search vs navigation
4
I am now finding some research to provide the argument below "Comparing to Realistic icon, Simple icon can speed up user's recognition of the icon "