Are horizontal scrollbars acceptable in an internal web app?

The application that we are building has a lot of data and most of this data is requested to be displayed in a table.

Our original goal was to stick with web standards and only display enough data that can fit on a 1366 resolution monitor. Our first solution was to give the user their absolute needed information and put it into a 100% width table so that the table was responsive and could still fit onto a laptop. As we gather more feedback from users it tends to lead towards the request of more information in the table.

In order to have all the information the user's want we would have to implement horizontal scrollbars in the web application.

Is it ok to have these horizontal scrollbars in a web application?

Horizontal Scrolling: A Huge No No

I would honestly have to say no. Usability expert Jakob Nielson would tell you the same. In his article Top 10 Web Design Mistakes of 2002, he plain out states that one should avoid horizontal scrolling on web pages at all costs. Today this is 10x less acceptable than it was 12 years ago, especially since websites have become far more responsive.

Read his article titled, Scrolling & Scrollbars (2005) for a more detailed look into scrolling, and why horizontal scrolling is a bad idea.

If you'd like a more fresh take on scrolling, numbers, and percentages that people spend not scrolling horizontally take a look at Horizontal Attention Leans Left (2010). 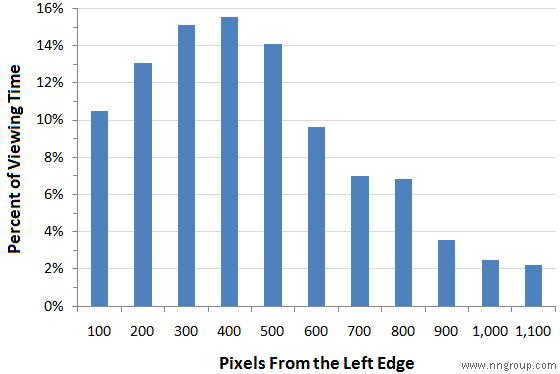 Other Questions On This Site

Last but not least, horizontal scrolling may be a bad idea on laptop browsers, but according to research studies by Neilson, horizontal swiping on mobile devices should be fine. More info on that here.

Where To Go From Here

I would defintiely take this as a way to think of more creative ways to display the information. Maybe even thinking of how this could work with vertical scrolling? I think you'd really enjoy this article on UX Myths, titled Myth #3 People Don't Scroll as it it very informative and helpful.

Yes, it's fine. It's a data table. If there is enough data and it's relative and important, that's pretty much the only option you have...and one that is tried and true (for example, that's exactly what Excel uses).

Now, should that be the ONLY way to view the data? Maybe not. Perhaps it makes sense to have an 'overview table' that can be swapped for a 'detailed table'.

Or maybe all data doesn't needed to be presented for every row all at once and you have an expand/collapse rows option to show details selectively.

It all depends on the data and your user's needs.

Also, if the goal is to be responsive, realize there's just no way to make large data sets 'fit' every screen out there. Even 1366 is a somewhat arbitrary number and still a lot bigger than an iPhone screen.

Not the answer you're looking for? Browse other questions tagged web-app tables web scrollbars or ask your own question.

13
Have the attitude changed the last ten years on horizontal scrolling on web sites?

3
HTML table cell wrapping issue
5
Positioning scrollbars on Horizontal scrolling tables
2
Horizontal Scroll Web App
4
Visual clue to indicate table header might be truncated
8
How to represent “no data” cells in HTML tables?
8
How to make text selectable in master/detail table view?
0
Is asking the “I certify that information submitted is true?” question worthwhile?
1
Web Applications - Why no scrollbars?
0
Best practice for use of grid in the web (desktop browser) application, scrolling is the biggest concern