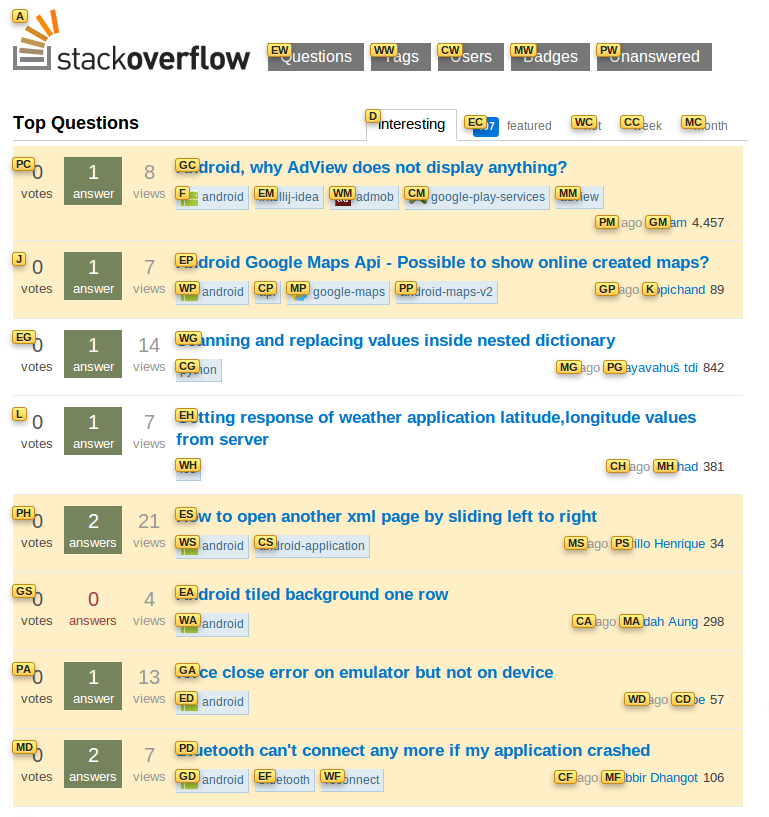 45
Are there any recent studies of the "Keyboard vs Mouse"-issue?

3
What type of users use exclusively the keyboard to navigate a site?
1
Keyboard shortcuts for navigating a hierarchy — without hindering text-editing
3
Are there studies on the distracting effects of "inline auto complete" features?
2
the top and bottom bars on mobile applications versus the virtual keyboard
5
Q: What's the name of this type of keyboard filter interaction?
1
Why is the keyboard navigation and selection different for a group of checkboxes vs radio?