Following diagram represents results of election, grouped by province, and then by parties. Interactivity is also introduced for hovering over legend, as displayed in the picture: (here is also live version)

The color scheme for parties is given and cannot be changed (maybe only slightly). (Those are real "official" colors of the parties in question.)

It looks to me that the UX problem here is two types of categorization (parties and provinces), and how to use color in such cases.

But I would change the general color of the province's on the graphic. Two of the circles are blue, so if you use also blue for the titles, the "bubbles" doesn't stand out of the titles.

You need a color which is not similar to the already used colors. And the only one you don't use would be yellow. And yellow is a really bad color for using on a white background.

What I would use is a dark grey for the titles. Something like #454545. And on your province list I would color the short-name in the same color like the title and the full-name in a classical black.

Just note: the darker the title, the more it stands out. And because the "bubbles" are the important part of the graphic, the title shouldn't be out standing, but must be easy readable.

Using same feature (color) for the different categorization isn't good idea, as it brings complexity in perception and decoding.

I think you could try some changes which help to recognize the states at the diagram (see my picture):

You have a few possible graphical patterns to express that several entities belong together: 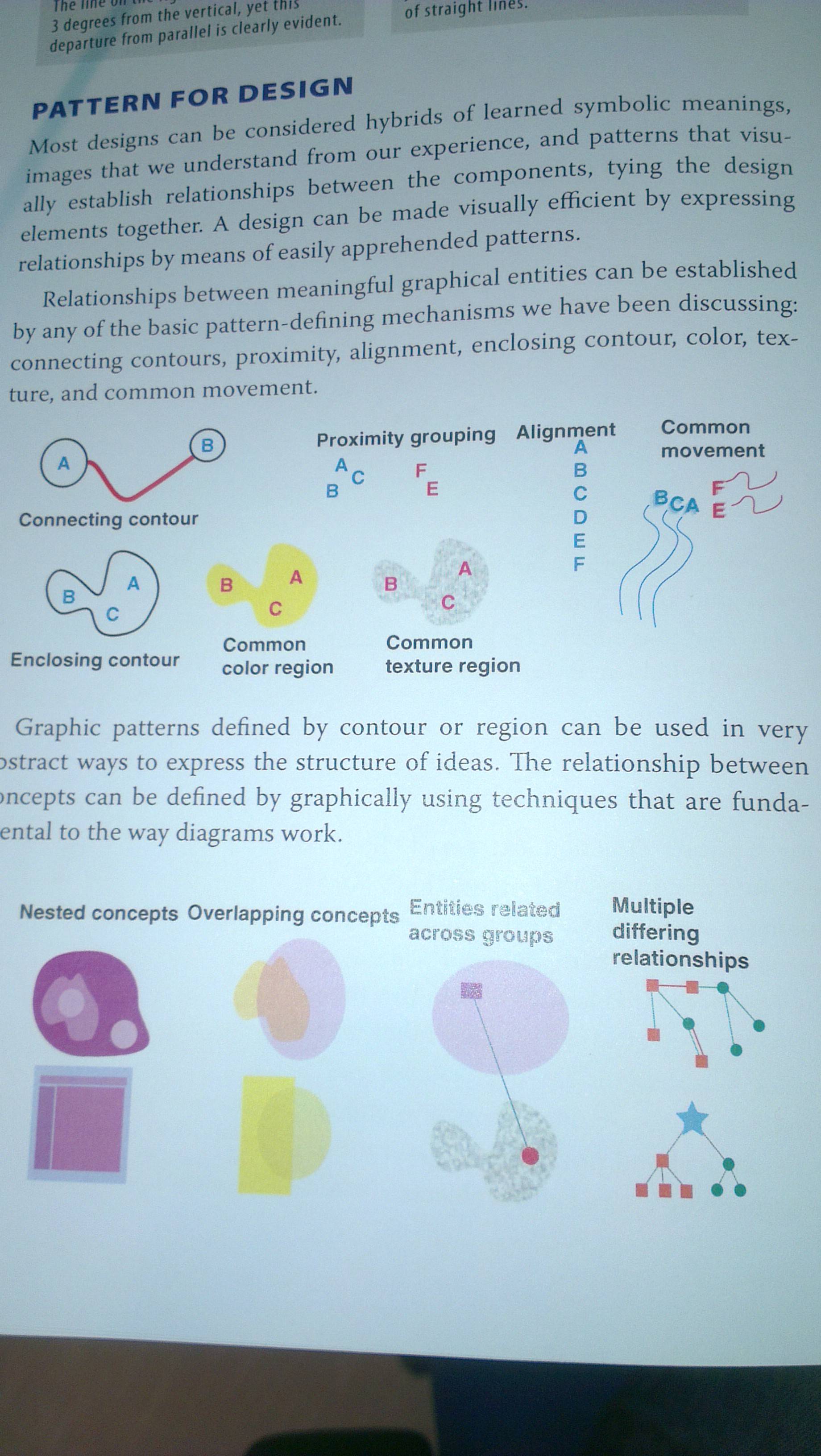 You have already used color with one meaning. Overloading color with a second meaning would make the cognitive effort for extracting information from your graphic much higher. So I think that the "common color region" solution should not be used in your case.

You are already using "enclosing contour". I like Alexey's suggestion of making this more obvious, by strengthening the contour. I would also add a "proximity grouping" to make it even more clear which entities belong together, which simply means that I'd put more whitespace between provinces.

Another matter you didn't mention in your question: the order of the information. When people look for information, they need some order, or they get lost. Sometimes information has a natural order, and then you should use it. I would strongly recommend structuring your graphic layout in the same way the provinces are geographically structured on a map. This doesn't mean that you have to make your elements the same shape as the provinces, or that you have to exactly follow the distances and sizes of provinces in your layout. But the relative position between province data can be made the same as on a map, helping your users orient themselves without losing the curved aesthetics of the graphic.

Update I just saw the comment about a "spiral" you posted while I was writing the answer. It is an interesting idea, but I personally didn't notice it, and from the other answers, it seems that others didn't notice it either. Maybe you could use more whitespace again, to make the spiral. But it is very unusual for a spiral to have its largest elements in the middle; practically all natural spirals have the smallest elements in the middle (take a look at a nautilus shell, or at the spiral of square roots). So I think it will be hard to make this well visible, unless you make the elements much smaller, so the geometric information becomes much more salient than the colors and the shape of each individual feature. But in this case you would be deemphasizing the information on the detail level, which is probably not what you wanted to achieve.

2
Compare two distinct groups of data with colors
2
Does grey always represents disabled condition?
3
Choice of color - logo, scheme matches with error message color
1
I need help picking a color for colorblind people
2
Common color associations and movie genres
1
Color Palette Accessibility for White Text Button Labels
0
Usage of colors and background - Header and Footer | eCommerce
2
Should variations of a color, within a color palette, only consist of tints and shades of that color?
1
Is it effective to test color palettes and changes on old monitors?
0
Need some help with text color suggestion