Should android app with maps have zoom in/out buttons

Should i add buttons for zoom in and zoom out on the map? I find that the default google maps app and ios maps doesnt have zoom in/out buttons anymore. Are they being replaced by the pinch to zoom or tap to zoom gestures?

It is a question of the usability.

If you use zoom in / out buttons, you must think about the location of the buttons.
If you're using small buttons, it will be hard to tap a button or maybe you tap on the map itself and do something you won't to do.

It would be helpful to see your existing UI where you implement the map. If you already have a lot element, I wouldn't use buttons, because it will get hard to handle on smaller smartphones.
Especially when you develop for android devices, hold in mind that there are different screen sizes. Your app should be easy to handle on small screens and also on bigger screens. Here a quote of a Stackoverflow Answer about the minimum screen resolution:

According to the latest Compatibility Definition Document, the definition for screen configurations require that:

Screens MUST be at least 2.5 inches in physical diagonal size Density
MUST be at least 100 dpi
The aspect ratio MUST be between 1.333 (4:3) and 1.779 (16:9)
The display technology used consists of square pixels

In practical terms, the lowest screen resolution currently being used is QVGA (240x320). There are a couple of phones that use this resolution including the HTC Tattoo and Wildfire. The smallest device I'm aware of is the 2.55" QVGA Sony Ericsson X10 Mini.

And another question is, how important is the design of your app?
If you already have a UI around the map, you maybe could implement the buttons into the existing UI.
IMO, there are three possibilities: 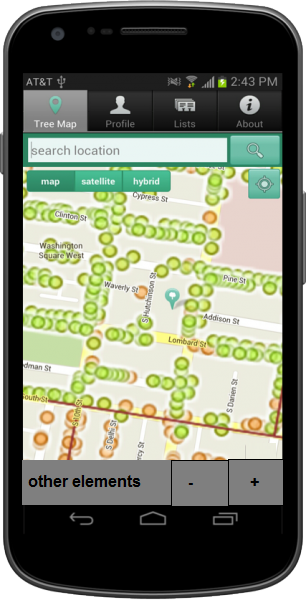 And please apologize my stunning paint-skills ;-)

Use the in-map zoom buttons by Google itself
The Google Map API provide Zoom In / Out Buttons by default, which just must be activated with UiSettings.setZoomControlsEnabled(boolean). Source
They look like the following screenshot: 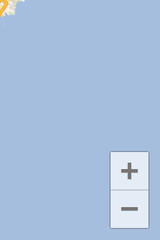 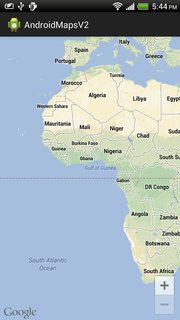 I can almost bet that the thinking behind not implementing the buttons is because the zoom/pinch gestures are almost considered second nature these days.

The tradeoff for a lack of this indication (pinch/zoom actions) is a cleaner UI that allows the user to focus on the content, which in this case is finding a location on a map. The buttons within a mobile context of such limited real estate can be of a nuisance and can just get in the way

Not the answer you're looking for? Browse other questions tagged android google maps zooming or ask your own question.

15
How to structure Android app navigation with many levels?
5
Is it OK for scrolling interactions to not scroll content?
1
Good way to make a user locate his/her property's location in google map?
3
Map with tappable neighborhoods vs. list of neighborhoods in iPhone app
2
Android: Select 1 out of 2 options
1
What is the best action a user expects when adding a marker on Google map
0
Page slide in/out transition for android/iOS apps
1
Plus/minus buttons around zoom slider or minimalist design?
1
IOS & Android - Should tap bars be persistent and always visible?
1
Is there a standard gesture for resetting scale on a pinch-zoom canvas?