Why do laptops have so many stickers?

They're telling me who made the OS, who made the processor, who made the speakers, who made the graphics card and who put all of these together! Such details are acceptable on the packaging, but once I've bought it, they're just advertisements. 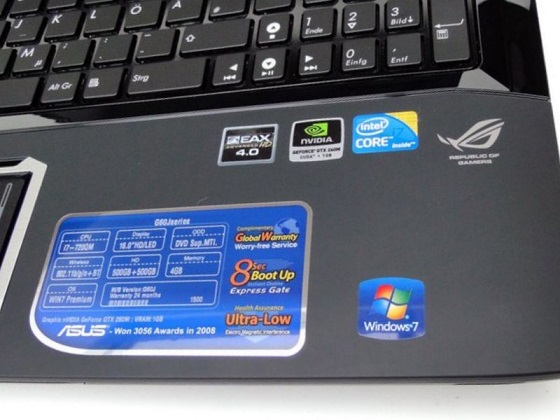 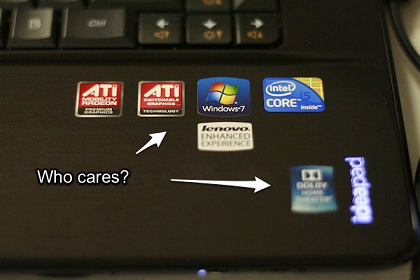 Do these stickers serve any purpose? It it not unethical?

There are two aspects to it.

The first one is brand reinforcement as the appearance of a well known brand such as intel or Microsoft helps authenticate the laptop. I know these details can be present on the system as well but these stickers help authenticate and reinforce a brand during displays as they highlight the key offerings.

Another obvious reason is brand visibility. Though one could argue that consumers are computer savvy and would know what they want in a computer, the visibility of a brand icon on some else's computer can lead to recognition when you decide to buy a computer later and the same icon is there. The visibility of the logos also helps in reinforcing the brand to users.

However the legal reason is that Original equipment manufacturers (OEM's) require companies to display these stickers as part of their tie up with them.To quote this article from the NY times

There’s big money involved. Intel, Microsoft, Skype and whoever else is represented by the stickers actually pay the computer companies for the billboard space. That’s why H.P., for example, would tolerate gumming up its laptops’ good looks with crass ads. (Apple refuses to put Intel stickers on its computers, even though there’s Intel inside. In doing so, it leaves millions of dollars a year on the table.

Yes. They are advertisements alone and have no value to you. Many people cover them up with their own like FreeBSD or Linux users will cover over the Windows sticker with their own.

Most retail stores put the laptop on display - where all these stickers will be visible and quickly show people what's inside them as they shop.

In addition to the advertising benefits to the companies, which is the primary correct answer to this question, I find that the stickers can sometimes be helpful for me as a user to remember what's in a computer when I have multiple machines of varying ages and capabilities.

That could be easily accomplished by having a label on the underside of the computer with the information, or having a file stored somewhere on a hard drive listing the various capabilities and then going into that file to find out.

However, just leaving the stickers there is the easiest route to that useful result.

1
User research for a product users have never used
3
why do ads load before content on so many websites?
0
UI to display individual items that have been updated
1
How many personas should we use to design a mobile app?
2
In terms of "brand safety" why might an advertisement distributor not want to work with user generated content?
2
Is it good to have multiple views of same data on different views?
42
Do some technical documentation websites purposely have very plain design?
2
Is there a list of game elements that have neutral impact of trustworthiness?
1
Managing Recurring Bookings (allowing how many & cancellation of monthly membership)