Recently I've been designing complex multi-page forms for financial institutions and up until now they've been designed with a fixed navigation bar at the bottom of the screen, like so: 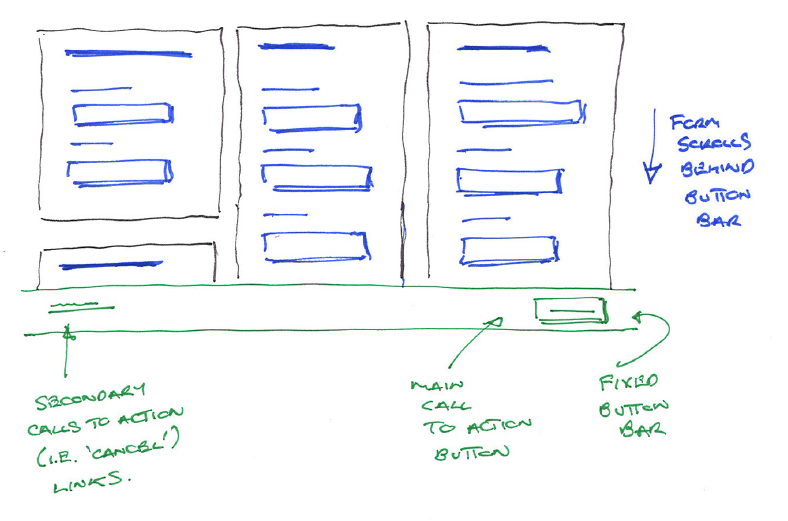 The forms are used frequently by users, and require the user to input a lot of information quickly across several screens. As mentioned, the forms calls to action are placed within a navigation bar, which is fixed to the bottom of the page - the form scrolls behind the bar. Mandatory information is surfaced to be higher up the screen and there is lots of help and keyboard shortcuts to aid accessibility and speed of completion.

I've been asked to back up my reasoning for using the fixed button bar and understand any potential issues with this pattern. I have read lots of Luke Wrobelski articles, but not many take into account these complex forms.

My reasoning for fixing the form navigation is as follows:

Question: Is there anything inherently wrong with this approach, that I've not taken into account?

Just for some extra context, we tend to use three column-layouts. I don't particularly want to get in a discussion about the pros and cons over single and multi-column layouts here, but here are some variations on this layout, again with the fixed bottom bar. 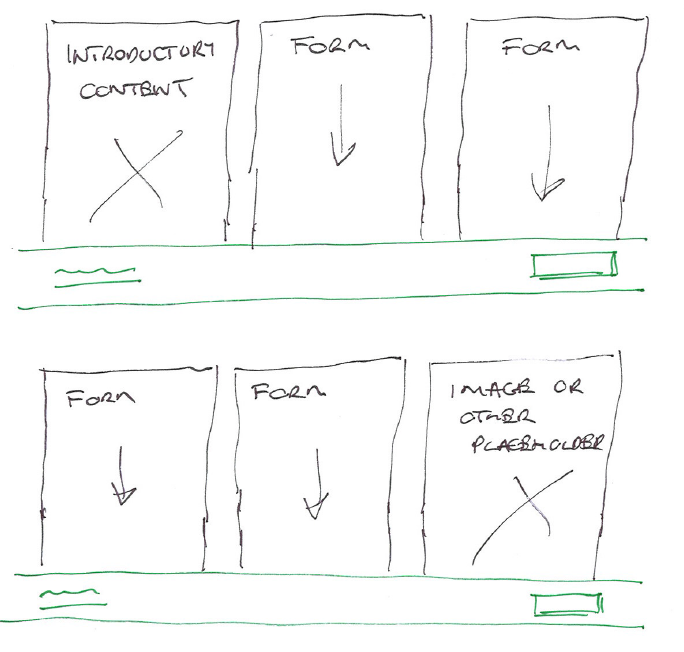 The only downside is see to this approach is the fact that a fixed bar at the bottom might suggest there is nothing below the fold. An user might think they have filled in everything only to find out they missed input fields that were below the fold.

An upside you haven't mentioned yet is the fact the call to actions are easily to reach and enables the user to quickly access them when scrolling through the form after completing it to check if they correctly filled everything in. They don't have to scroll all the way down again.

11
Button bar: criteria and position
7
Form design and placement of action buttons
5
When is a bottom, fixed, main navigation appropriate?
4
Should we use form button color to indicate task outcome?
0
Do you keep your submit button in the same location across all forms, or base it off the individual form?
5
What is the best approach for showing a button hierarchy when there are multiple buttons?
2
Action button placement different for modals than base screens
2
Form navigation mental model
2
Primary/Secondary button placement pattern
1
Where do users most often expect the submit button on a form to be?