Why have two mouse buttons when one is sufficient?

Alternatively, why have only one mouse button when you can fit two into the same space?

This is a question that a friend asked me during one of those silly Mac vs PC arguments that still happen for some reason. I thought it was quite an interesting way of asking the question, and it got me thinking about why Windows (and Gnome and KDE) have gone down the route of having two mouse buttons, whereas Apple still stick to just one.

As far as I can tell, the advantages of a second mouse button are as follows:

It seems to me that the first point is more compelling - it makes sense to have the "list of things you can do" with an object as close to the object as possible, and context menus allow this. But there must be other reasons.

I'm looking for a bit more than the usual "one mouse button is all you need, Microsoft sux" or "Apple thinks their customers are idiots" responses that seem to come up in Google, so I though I'd ask the experts!

There was a discussion in Slashdot forums back in 2005 about why Apple makes a one-button mouse.

It seems like the primary design decision was to remove the confusion among the average computer user for remembering which button to click and therefore increasing intuitive usage of the Apple user interface.

Apple is always concerned with creating a user experience that is as intuitive as possible. Giving the average person a right mouse button is like giving a bald man a comb.

The one button is not necessarily a disadvantage, as users can engage with similar actions in a different way:

Apple's "one button" mouse has five buttons. It's just that three of the buttons are on the keyboard, and one is based on timing:

The Slashdot discussion also touches upon the development side:

One advantage to using the keyboard modifiers for the mouse clicks is that a meticulously designed application can provide visual clues about what will happen if a modified click is performed ahead of time. For example, when the Control key is down, Apple's Finder decorates the cursor with a small menu graphic to indicate the availability of the contextual menu.

As far as I can tell my old magic mouse for my Mac reacts as there where two button to push, even if it lokked like one (or none). So I used the right-click feature on my Mac with great success.

Thus, two buttons are better than one, even for Apple 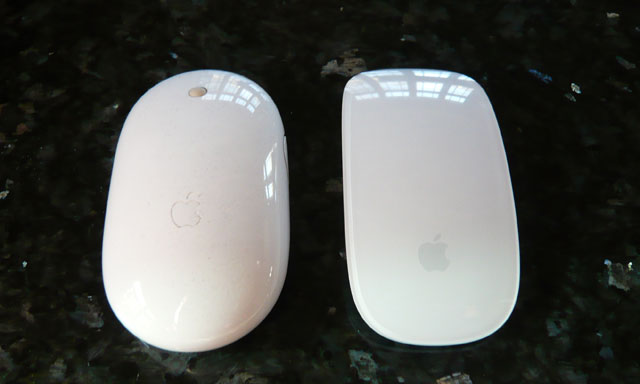 This is an evolution from the first ever computer mouse, which only had one button 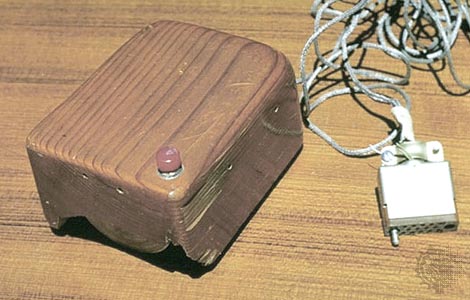 I don't think you can look at the mouse without looking at the whole interface:

The early (1980s) Mac interface was so designed that the two operations of clicking and dragging would enable the user to operate the interface.

Microsoft Windows had a different interface and (as far as I can remember) always used a two button mouse as right clicking was required as part of the usage of the interface.

I've a feeling that Apple introduced 'contextual menus' later on as a reaction to them being available in Windows.

Not the answer you're looking for? Browse other questions tagged user-behavior mouse or ask your own question.

8
Why do Macs only have one mouse button?

44
Are there any recent studies of the “Keyboard vs Mouse”-issue?
8
Why do Macs only have one mouse button?
6
force-click vs secondary click (right click) in OS X?
12
Communicate long-press functionality in a web UI
0
Is it better to have two good updates or one great one?
3
Best mouse interaction on knob (dial/rotary controller)
1
Split pane vs Action for multilple selection