Colours in cultures : where does the data come from?

I've just come across a chart called "Colours in Cultures" that you can find here : http://www.informationisbeautiful.net/visualizations/colours-in-cultures/

Since I'd rather not bother the author with a direct email, I'd like to know if someone here (who might have bought the book) knows where the data came from.

Also, I'd appreciate if someone could come up with the same kind of data from a much more reliable source.

On the web, there is a color pattern which I've seen while browsing different sites. Gaming sites such as Steam, EA Games and Ubisoft have chosen black as their background color. The meaning of black in western cultures is authority, death, eternity, evil and mourning. These words sums up what we (in the western world) expect from violent gaming. In China black means celebration and to Native American and Asian cultures black means self-cultivation, which may not be what emotions gaming sites intended to convey to its users.

United Nation, World Trade Organization and World Health Organization uses combinations of gray, blue and white background colors. White represents heaven, luxury and marriage in the western world but death in Chinese and Hindu cultures. Most of the cultures consider white to represent purity and truce. 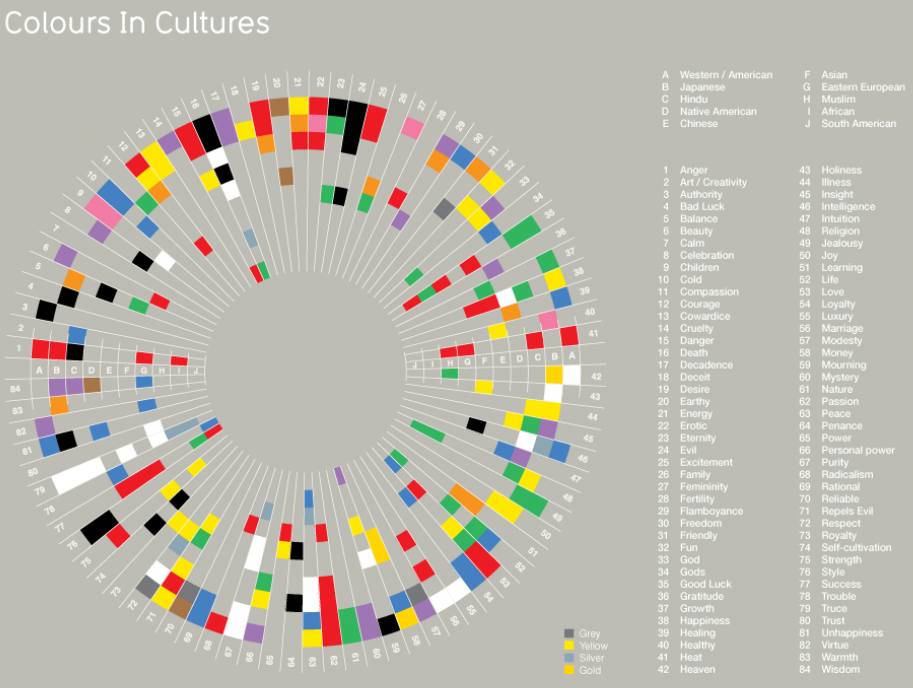 A starting point would be to look at the refrence links of the two Wikipedia articles Color symbolism and Color psychology. The Color psycology article says this on culture:

Many cultural differences exist on perceived color personality, meaning, and preference. Yellow is thought of by African American tribes as a sign of victory. When deciding on brand and product logos, companies should take into account their target consumer, since cultural differences exist. A study looked at color preference in British and Chinese participants.[38] Each participant was presented with a total of 20 color swatches one at a time and had to rate the color on 10 different emotions. Results showed that British participants and Chinese participants differed on the like-dislike scale the most. Chinese participants tended to like colors that they self rated as clean, fresh, and modern, whereas British participants showed no such pattern. When evaluating purchasing intent, color preference affects buying behavior, where liked colors are more likely to be bought than disliked colors.[33] This implies that companies should consider choosing their target consumer first and then make product colors based on the targets color preferences.

Still, it's not a comprahensive list of all the references to the chart, but it's a starting point. The scientific approach would be to follow the references of references in the linked articles if one want to dig deeper into the source of knowledge.

My own personal perspective is that color meaning have emerged over a very long time adding influence from religion, politics and history.

I'm not aware of any database that contains these data. But does it matter? Different cultures associate different meaning and symbolism to shape and color. Depending on how you define a culture, you'l get different results. I live in Holland, and I'm sure that the things we associate with certain colors are different from neighboring Belgium. Though we'll share most of our connotations.

That said, it also very much depends on context. There are always different layers of meaning, which this chart doesn't take into account. Black could be associated with authority, but with death too. Depending...

The image of Arabic zoomorphic calligraphy comes to mind. 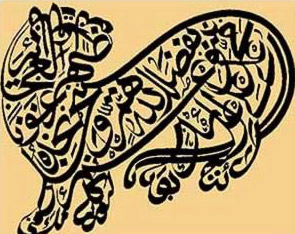 Not the answer you're looking for? Browse other questions tagged color-scheme internationalisation culture or ask your own question.

20
Which is the best way to select a language from 400 possibilities?
7
On news apps, how does using a different colour for each category help the user?
17
Show/Hide Password Icon - Eye/ Closed Eye? Is the “Eye” icon offensive to any cultures?
6
What is the validity of contrast and colours tests?
2
Do you account for colours looking different depending on the background?
2
Why does so much software use gray backgrounds, from Windows to Chrome to Mac to almost every other software and website you come across?