The android guidelines are a bit vague http://developer.android.com/design/patterns/navigation.html of how exactly up should work and I believe that they leave quite a lot of space for misunderstanding (esp when most of google apps don't respect them completely - play around with google play and google plus for example)

So my question is does anyone has some good advice or has done research that ended up in a couple of rules that make sense to the users regarding where up should navigate to?

From my experience as an Android user and developer, I've found that there is a big number of apps that don't follow these navigation patterns and the use up as it was back. They don't distinguish between up and back.

Up, as the name suggests, should take user one level higher in activities hierarchy. Whereas back should show the screen that was previously presented to the user (or dismiss dialog/popup/keyboard/action).

However the up button has one property that back cannot do - up can take you to an activity that user has not previously navigated to. See this example: 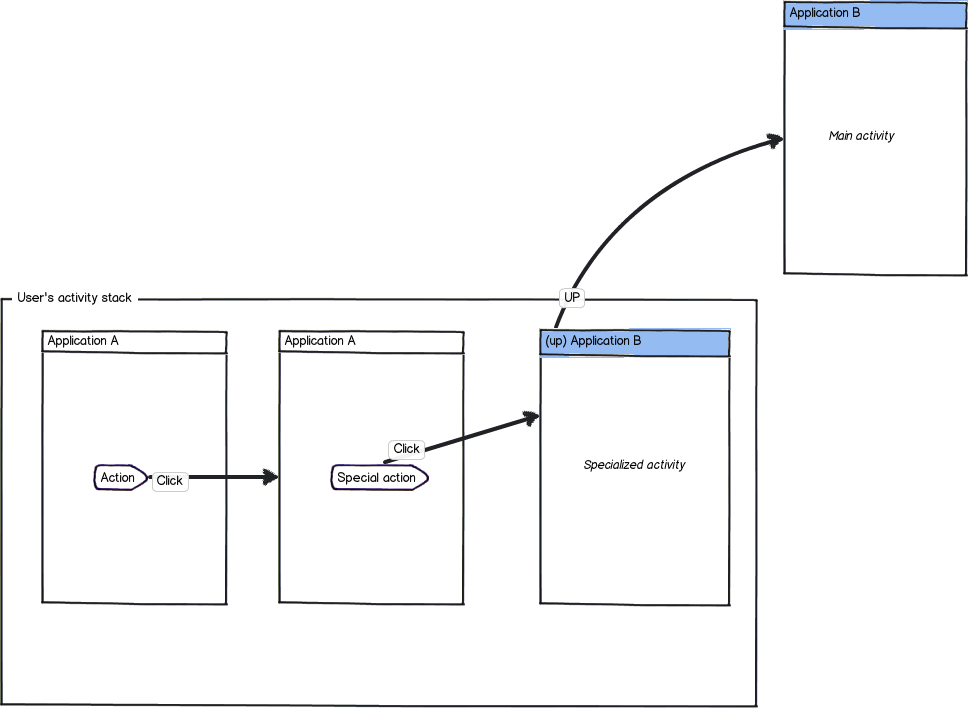 With your application, as your hierarchy is pretty simple, I'd use up as back. When you have only 5 "screens" and 3 of them make the highest level of hierarchy you don't have a good place to use up that differs from back. I'd design navigation similar to this: 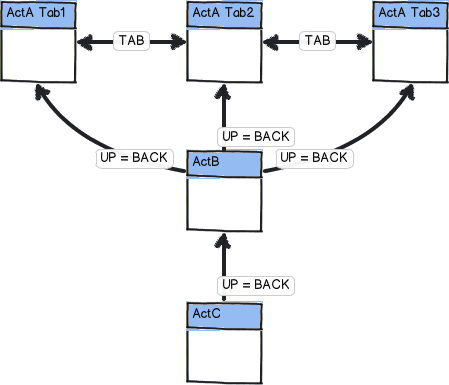 However if your hierarchy looked something like this, I'd use presented navigation. 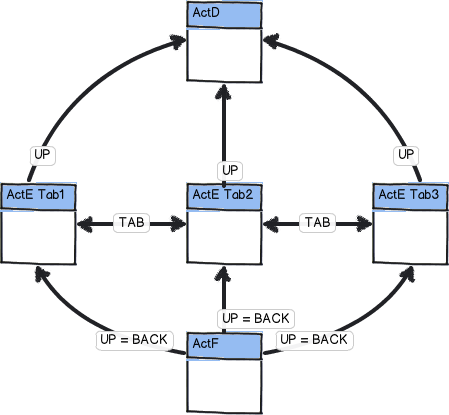 NOTE: Here Tabs are just used as an example of activities that are in the same level of hierarchy. Even the same activity might be "adjacent" to itself in hierarchy when populated with different data.