What kind of feedback is appropriate for a two-finger drag gesture?

In a mobile app, I have a two-finger drag gesture as an advanced feature. I already know about the discoverability problems with multi-touch gestures, and this question is not about that aspect.

The gesture in question is a sideways drag to the left or the right, and only the distance of the drag matters: that is, the user can see the effect of the drag on the thing being edited, and can simply drag back to the starting point to abort the edit. The effect of the operation can be quite subtle, so I think it's important to show extra feedback to make it clear that the app has recognised the user's drag gesture, as well as to show where the user needs to return to if he changes his mind.

My first idea for showing this feedback was to show a vertical line where the drag started, with a horizontal bar leading from it, showing how far he's dragged. The problem with this is that in a multi-touch drag there's no real "start point". Picking one finger to use as the start point, or using their centroid, works in simple cases, but the gesture has to keep going if the user lifts one of the fingers and/or puts down an extra finger. The magnitude of the edit shouldn't change when this happens, so the "start point" will jump about (to stay the same distance from the new centroid or the remaining finger).

It seems undesirable that the on-screen feedback for the start point should jump about this way, possibly at some distance from where the fingers are located. How can I either mitigate this problem, or show the feedback differently in a way that won't jump about when the set of active fingers changes?

I've described my situation in detail to make it clear what the problems are with the naïve design, but if there's a general principle that applies to this situation as well as other kinds of multi-touch gesture or other kinds of feedback, that would make a good answer.

It seems that the current problem is the feedback not being in a stationary place.

You can portray the feedback as changing units so that they may be displayed in a single place. 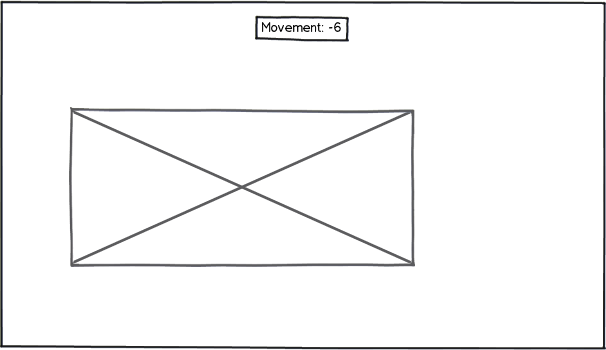 The number would dynamically change as the user moves the selection. The number could be a delta from the time a new movement started.

Not the answer you're looking for? Browse other questions tagged touch-screen feedback gestures or ask your own question.

4
Where would you put the 'take' button on a touchscreen phone camera app?
12
How did multi-touch interfaces become natural when it should have been unnatural?
5
Pan/zoom/select in multitouch
10
Should we be designing for touch first?
3
How to avoid hiding the region of interest with the finger?
2
What is the preferred way to toggle fullscreen vs fullscreen with panels on iPhone/iPad?
3
Drop-down menu navigated using hand gesture
6
Simultaneous gestures on a touchscreen device?
3
Gesture for alternative actions