What is the best way you have seen to represent something is draggable? [duplicate]

I've seen many different ways to represent an object on a page as being draggable, but I was the most effective way in your experience of doing so?

There are many good ways of doing this, but the best ones provide an affordance like a handle, sometimes indicated by a grid of dots or rule lines, along with the cursor change to a hand. See the example from GMail, but note that the way it works in GMail is not draggable; it is used to indicate "Move This". I'm including the image because I like the affordance, despite the fact that the implementation is not straight-up drag-and-drop.

The second example is from Edx.org, for a course called Energy 101. The instructions say "drag each tile to rank industries..." and the handle is composed of horizontal rule lines. The cursor also changes to a hand on mouseover. 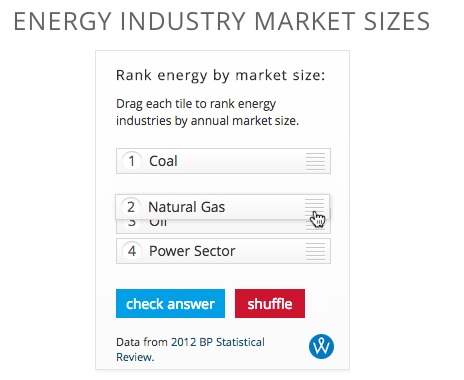 Not the answer you're looking for?Browse other questions tagged gui-design affordance drag-n-drop or ask your own question.

56
How to visualize the possibility of drag'n'drop?
34
How to make it obvious that you can drag things that you normally can't?