I have searched various scientific literature, but I only see bits and pieces here and there. Does anyone know of a comprehensive study or a review paper that covers these topics?

It's kind of long, but it might be worth reading the whole thing. Specially the Experiment section, it's fun. :)

In a TED video by Shyam Sankar he suggests that:

He concludes saying that:

Computers don't detect novel patterns and new behavior, but humans do. Humans using technology, testing hypothesis, searching for insight by asking machines to do things for them.

And to test an hypothesis you've got to have an expectation first and search for insight, this way, the mind is already ahead of the request made to the machine (or decision support system).

Why is Gestalt of Human and Computer (M(h*c)) embedded in the Analytic Capability?

Well, According to Gestalt Theorists:

the ability to perceive objects [or find results] on a screen is a result of prior knowledge and expectations + image on retina.

In your case an answer or report or solution from the decision support system.

Let's make an experiment. See the following image and try to identify things in it. Something. Anything: 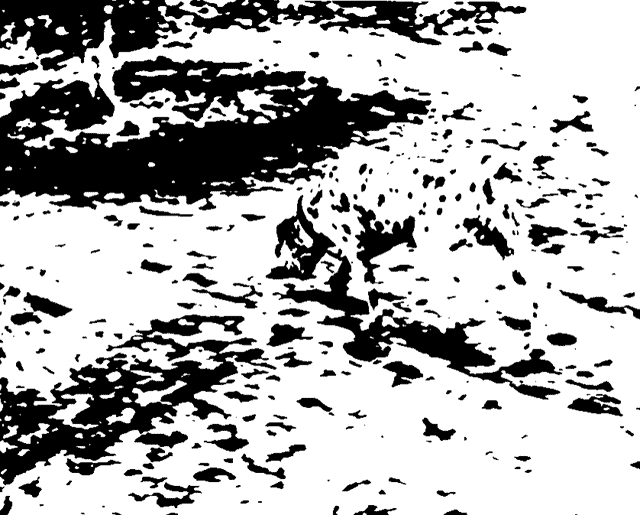 When presented with ambiguous stimuli, our knowledge of the world helps us to make sense of it -- same with ambiguous info on computer screen. At this point you have no prescribed expectation of what to find. Hence, the image is likely to be almost senseless.

From my experience in the office, me and some coworkers were clueless to what was represented in the image, then we were given a little bit more time, and nothing.

This would be similar to a decision support system, giving us numbers without units, headers, titles, boundaries, etc.

Now, look at the image again, and search for a Dalmatian. Aha! There it is! Same image, different you (a you with the expectation of finding a Dalmatian).

Are users more inclined to take the suggestion if it aligns with their expectations?

If the suggestion does not align with their expectations, how best to 'persuade' them to comply with it?

Educating your users to align their expectations to the results your decision support system delivers.

Not the answer you're looking for? Browse other questions tagged research perception or ask your own question.

20
Apart from safety, has there been any research conducted, hopefully current, with respect to user-experience and right- vs left-hand traffic?
3
Maintaining a high degree of user trust on System that selects the best recommendations of a product for the user
5
How do you mitigate internal/external validity issues resulting from user assignment difficulties associated with online A/B testing?
5
What are the good practices of maintaining feedback from customer support?
4
Treating foldable devices like a multi-screen user environment? Any research or finding to support the hypothesis?