Does a self-learning UI make sense?

Let's say we have an application with 50 functions. Six of them are directly accessible as top menu items, the rest is accessible via sub-menus or sub-menus of sub-menus.

While working with the application, the user accesses some functions more often than others, including functions which are "hidden" in sub-menus. Some functions are used rarely (once or twice), even if they are top menu items. But not all users uses the functions in the same way.

I think it would be possible to track the use of those functions and rank them. After a learning phase, the application reorders the position of the functions so the user can reach more frequently used functions faster.

Does such a feature make sense and could it improve the UX or does it just confuse the user?

Probably the most well-known example of such "self-learning UI" is Microsoft Office 2003. They called it 'adaptive menu', see image below. The menu behavior was almost the same as you described. Besides re-organizing items, they also hid rare ones to maintain a reasonable number of items in a default collapsed view. 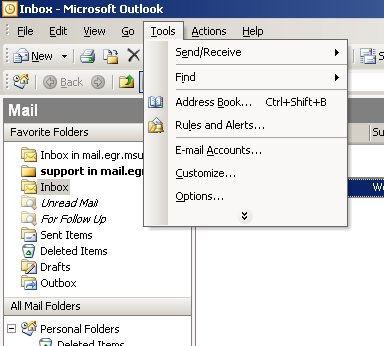 My experience showed that most users hated this approach, as menu items seemed to behave unpredictably to them. The more confusing cases were when a user asked his colleague to show him his menu to compare and wondered why menu differed in the same software.

For me, the disadvantages of adaptive menu are:

Still, I think the overall idea is good, as it shifts a software more to a human side. The question is in implementation and context.

Concerning Microsoft's 'adaptive menu', from Are Adaptive Interfaces the Answer? by Jono DiCarlo, :

The idea hasn’t worked out so well in practice. Many users turn off adaptive menus in Office because they find the feature extremely frustrating. Even Microsoft’s own designers have admitted that adaptive menus didn’t work out the way they hoped. The feature has been removed quietly from the latest versions of Microsoft Office.

Another great (though simple) example of a learning interface is the "Open recent…" option that now appear in many application menus.

Some self-learning UIs work great. We never remember them when they work fluently. Here's two examples that may shed some light:

The difference is in how the suggestions are acted on by users. Generally people keep typing after an autocorrect, and don't notice that it "did the wrong thing". In contrast, the browser drop-down lets the user take action based on the suggestions, at a time that they're expecting to take action.

So in your case, it may well be useful to have a "Favorites" area that is auto-populated, along with keeping all of the tools in some stable area.

There are a few examples of self-learning UIs, but I don't really like them. (This is well covered in another answer.)

However, there are good solutions for dealing with large menus. In the Windows 7 start menu you can search by typing any part of the menu item text, and pin iteresting items. You are in control: you decide what items are pinned.

Another good example is a task-based interface, where you hide the features that are not required for the task at hand. Photoshop has this feature (task-based workspaces):

As mentioned by Alexey, hidden rules and lack of user control are both big drawbacks on having an adaptive menu. I'd say if makes for a pretty inconsistent user experience, and should be avoided

I just wanted to point out that although you should avoid adaptive menus, adaptive content is a different thing altogether (think facebook, netflix, youtube etc.). So a "self learning UI" isn't altogether bad, it just depends on which areas are adaptive and which aren't. Content can suprise and delight, a menu should be consistent and predictive

In his book "About Face" Cooper considers adaptive UI and suggests that need for adaptation is due to the lack of adequate analysis of user behavior when ui-designer cannot define users path beforehand. Sure, it's idealisation to some extent. There are always unforseen use cases.

I think good example of adapatation is 'recent files'. This section is created for the 'change', but it doesn't break the layout of other elements so the UI is stable.

Probably you could add to the end of each main menu small section of 'most frequently used submenus' but it's better not to reorder items and not to change the contents quite often. Or whole menu can be dedicated for it.

Another approach is to allow user explicitly adjust menus through 'preferences'. But this just states "Hey, I do not know how you gonna use my app, decide yourself".

When the user's workpath is stable and quite repetitive this means it can either be mostly automated or the user can be dubbed an expert concerning narrow functionality. Thus he would likely use hotkeys rather than deep submenus.

21
How do users expect dropdown navigation to work?
3
Descriptive text concerning availability of actions in current context, good or bad?
6
Accordion Menu or Static Menu Options for Touch Screen optimization
3
Is an off-canvas slideout menu usable when placed on the bottom-right instead of the top-left?
1
Validating a Preferences/Configuration "app"
4
What is the best layout for a hierarchical menu with multiple actions?
0
Effectively displaying complex "expanded/extra" information in a list
2
Does a floating sidebar decrease usability?
0
Recently/frequently used items
5
Creating an accessible, animated, and responsive navigation system