Registration or login on the first page?

I'm designing the first page of my website, the one visitors would hit after typing the site address, and I encountered this problem.
Given there can only be one, should there be

The first page should be much on the line of Tumblr's, to give an example.

Sitting atop just about every "don't annoy the user" list is forcing registration prior to using a service. Granted, you said this was for a website and not a native app, the last thing I want to do after downloading an app is fumble through a sign up process -- handing over my personal info as an entrance fee for something I might be deleting in a few minutes, which would extend my opt-out process (unsubscribe from email, if you're terrible enough to automatically subscribe me to a newsletter on sign up).

Regarding the comparison of FB Mobile vs. Tumblr sign up forms, take into account my above statement and the entire flow of both forms. FB begins with the Log In, which is far less intrusive than the six input fields their Sign Up form prompts -- not a very inviting list of items to put on the face of a(n) page/app. 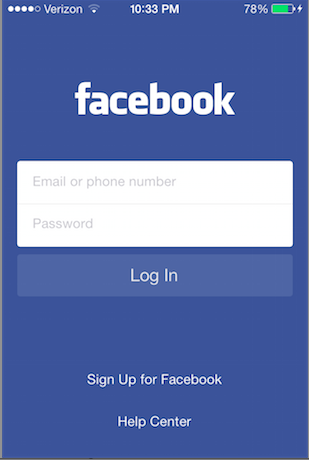 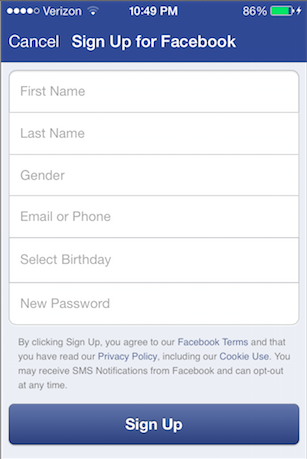 Contrast this with Tumblr which minimizes the Sign Up process requiring only three visible inputs (could be reduced to two - mentioned below) and then slips in two last inputs before sign up is complete, but the user doesn't know this from the face and is already committed. Plus, the button's copy is encouragingly labeled "Done!" to let the use know, that's it! 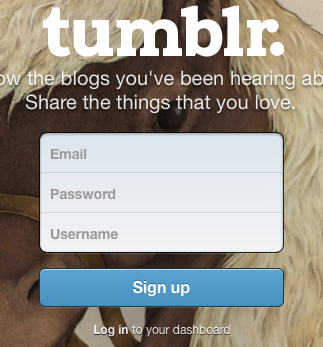 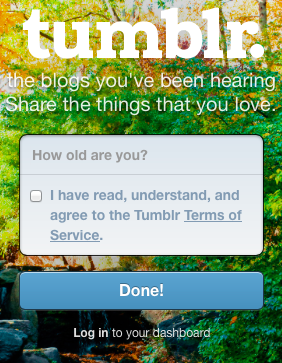 A practice I'm seeing more often is only requiring an email and one password field - two inputs - to register for an account and then asking for a username after the user interacts with the app.

I'd argue that if there is no sign up form on the first page, how will you get any users at all? Everyone has to register at some point. Will you be forcing potential users to jump through a hoop just to get through step one?

In addition, from what I've seen, most people log into social media sites and leave them open in a background tab while they browse the internet. If they close the site's tab, opening the homepage will actually return them to the first page one sees after logging into the site. I'd imagine that these users rarely log into the site through the homepage, so a login form on the homepage will likely see less use.

Facebook might have information suggesting that few users discover Facebook for the first time on their mobile devices. For this reason, they could have opted to focus on the login form (although they too have a prominent registration button). Unless you have evidence that suggests your situation is the same, I'd probably stick with the registration form.

All else being equal, a user with an account is already invested and thus is probably more tolerant of taking the one extra step to get to a login form.

Moreover, with a "remember me" option, the frequency with which they'll have to log in again is reduced, thereby minimizing the need to take this extra step in the first place.

So registration on the first page seems to make the most sense and will cause the least "net" friction for all users.

If you really wanted to optimize it, you could use a non-expiring, non-authentication cookie that simply indicates whether the user has an account with the service or not. If they do, and are not logged in, the first screen they see is the login screen. If they do not, they just see the registration screen.

Not the answer you're looking for? Browse other questions tagged forms homepage or ask your own question.