I even tried implementing my own expandable listview that extended to n-levels , was successful too but then the situations changed now. I was using POJO classes that had the relationships defined inside them that is subcategories iterating through the category POJO. But i am now using a cursor. It is possible to use cursors with expandable listviews, but never tried with n-level expandable list view. It would un-necessarily increase the number of queries to be made.

Could i have some clue as to where to begin from? The tree-node example is good but then it has the parent levels and all defined before head, while in my case, it may vary . multiple panels will not suit the requirement since multiple clicks and also space has to be considered.

I actually had a similar problem one way of solving this is with spinners. 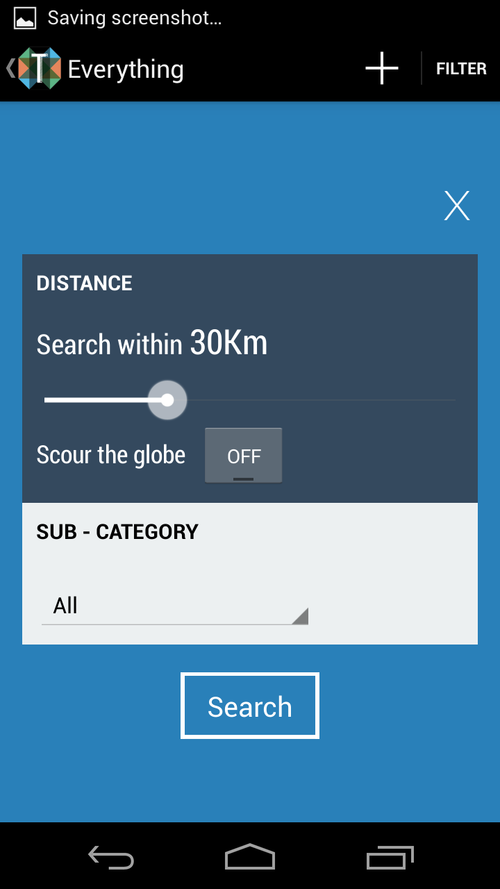 This screenshot doesn't actually explain entirely what I mean; what I'm thinking you could do instead is something like this:

Not the answer you're looking for? Browse other questions tagged layout android hierarchy or ask your own question.

11
What is the most user friendly way to allow users to insert data into a hierarchy?
7
Best way of representing Hierarchical data in android
7
Better way of merging two tree views into a single
3
(Android) Alternative to ExpandableListView that provides the same quick access to child items
5
Which implementation for a dynamic hierarchy tree will show as much info as possible while still allow seeing the changes made in the background?
0
Android: Hint/Clue to distinguish (product) categories from (product) items?
7
Best UI to create complex data structures; Node Tree, List Tree, Miller Columns, or something else?
8
What is best UI/UX solution for displaying taxonomies hierarchy in simple grid list(table view)?
8
Tree navigation in material design
4
Display hierarchical structure and corresponding reference data