In my app, I am looking to give the user a choice between two equal actions;

I am looking for a suitable UI pattern that show this choice or a choice between two equal options.

Can you recommend any patterns for this?

I think my initial question was too broad, narrowing it down:

As I see it there are two main flow strategies to choose from, and interestingly two of the large players have implemented one each: 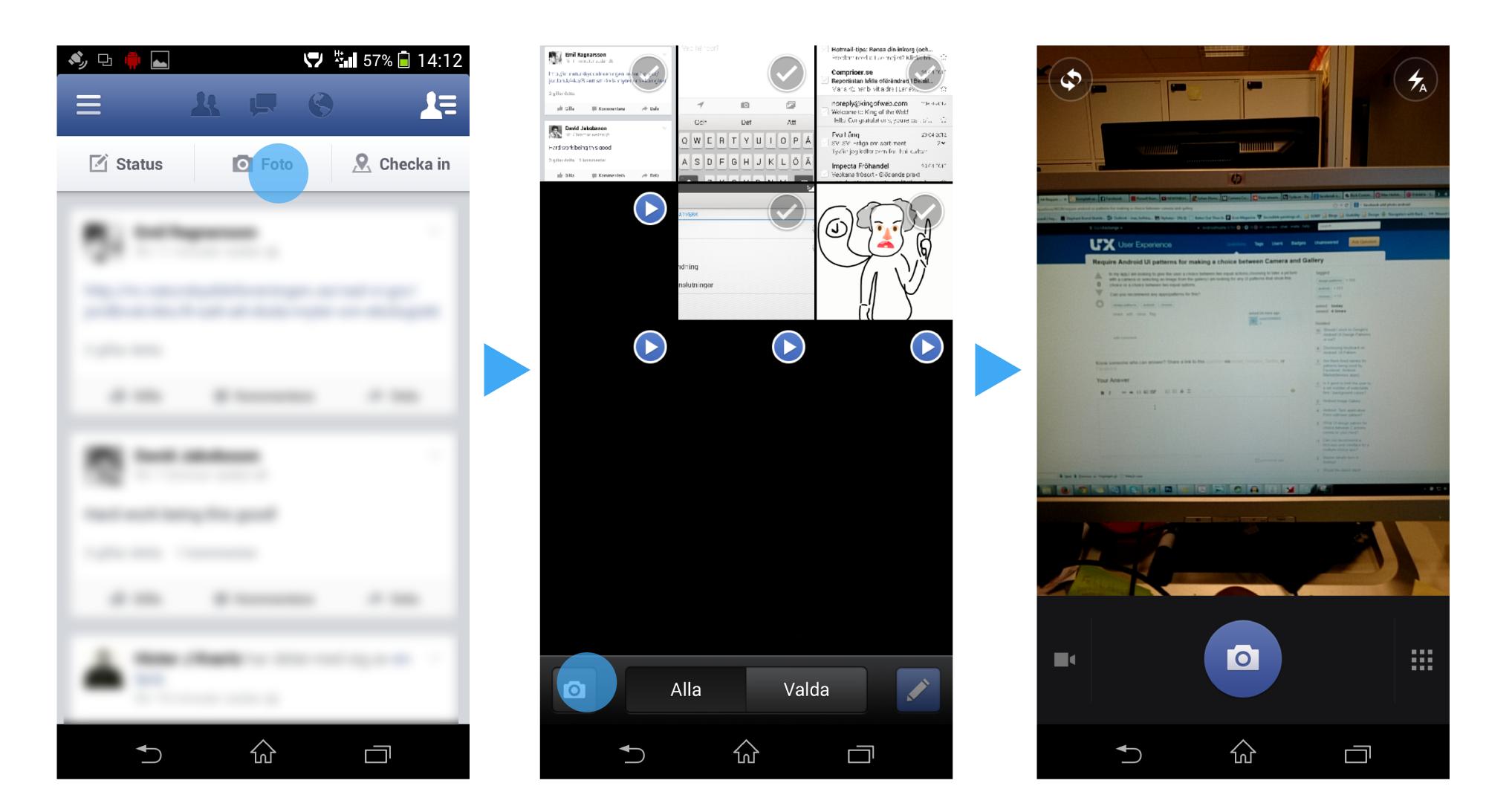 Facebook has one call to action from the news feed, namely "Photo". When a user goes into that flow they are initially presented with their album to make a selection. To capture a new photo there is a CTA to the camera at the bottom action bar. 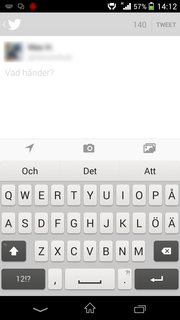 This is a matter of "crowd control". Both apps feature an action bar with three actions, if Facebook were to separate the Capture photo from Grab from Album they would produce an action bar with four actions. To keep it minimal and more visually simplistic (interaction wise it does get a bit more complex with this pattern though) they have combined the two actions in the same flow.

Not the answer you're looking for? Browse other questions tagged design-patterns android choices or ask your own question.

6
Difference between android and ipad application
4
Pop-dialog usage on Android tablets
1
Are there fixed names for patterns being used by Facebook, Android Market(famous apps)
0
Making a choice between two homescreens
0
Should I use ActionBar pattern to make a choice between Camera and Gallery?
12
What is the difference between anti-patterns and dark patterns
3
Explicit vs Implicit save. Differences between Android and iOS expectations
3
Making large sets (250+) of choices more manageable
2
Looking for an Android Keyboard Gallery?