I'm working on a phone/tablet app (a musical instrument) whose play mode is full screen. I need a way to open a menu. I don't mind placing a button in one corner of the screen, but I think a normal button might be accidentally pressed when playing the app, and this would be extremely undesirable.

I think requiring a double tap would be accident-proof enough, as would a slide-to-unlock (iOS activation) mechanism.

added: It's a strumming (guitar like) thing, so I think swiping from an edge (like notifications pull down) would be too accident prone. Swipe from a corner along an edge would work, I think, so if there was an established symbol for that...

Are there any existing conventions for this kind of thing?

Added 23 Oct 2013: If there is not existing/established conventions for this kind of thing, I'm inclined to go with a slide-to-unlock (similar to iOS screen unlock) placed along the screen edge. But Apple may have a patent on this, at least in the U.S. I'll have to research the patent.

Added: I've factored out a question specifically about a long-touch symbol:

What about a long-press? The paradigm is already well-established in the touch-interface space.

You could provide visual feedback that the press has registered, and animate the button until it is detected as a 'true' press.

This would not conflict at all with strumming motions, which shouldn't stay in any one spot for a long time.

In that case, what I suggest is call the 2 tap menu. Instead of double tapping the same button, you might want to consider placing the button apart. So to access the menu, tap on the black menu button, follow by tapping the white menu button. By doing do, we can eliminate the chances of accidentally double tap. 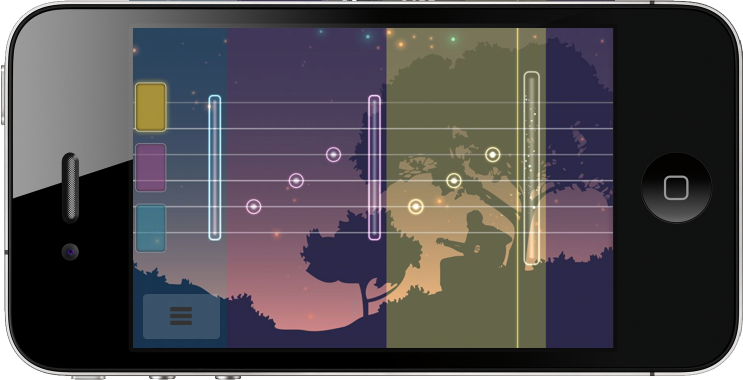 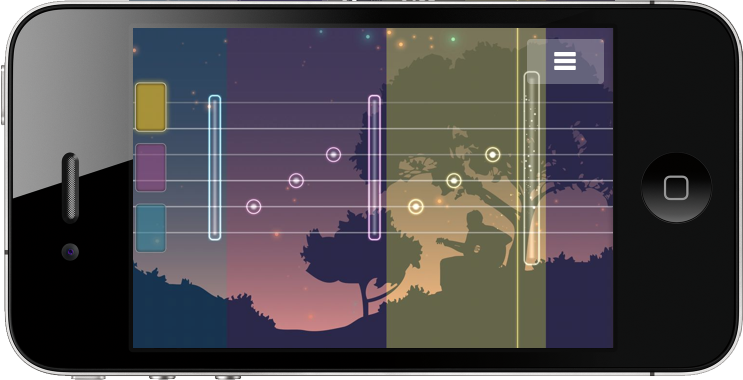 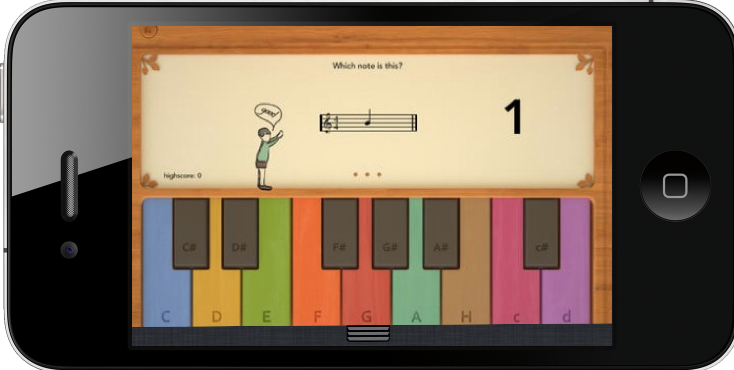 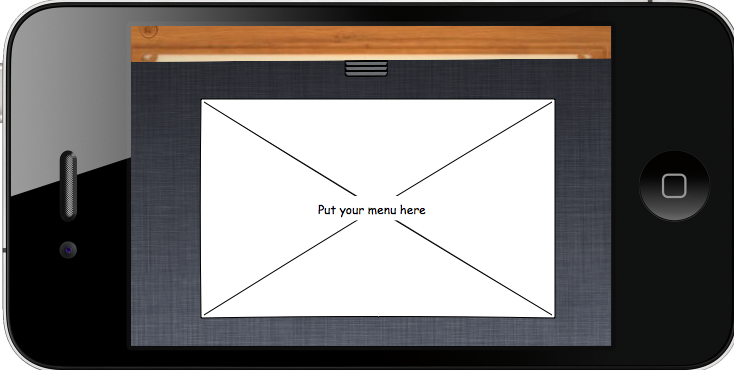 How about an "X" gesture?

Since it involved two consecutive swipes over the same point and in perpendicular directions, that should be hard to do accidentally.

You could instruct users to swipe over an X shaped button to activate it.

Not the answer you're looking for? Browse other questions tagged mobile buttons or ask your own question.

3
Two-Step Operations and Button Conventions
12
How long should a press-and-hold-button action be?
2
What should an Android version of a multi-step modal view look like?
6
How to style a button - AJAX vs Hard Refresh?
2
Is it acceptable to paste text automatically?
1
Conventions for expanding accordions
0
Button naming conventions
3
How to prevent accidental button press?
3
How to differentiate between click (and release) button and press (and hold) button