What do users expect when showing list of friends who use the app vs friends that don't?

I have made a philosophy/ethics question multiplayer game for a obligatory norwegian course on all universities. App is loaded with questions you can answer alone, or against an opponent. To battle against friends, a user can sign up with their Facebook account and choose a friend that has installed the app (queries the entire signed-up user database with all the friends of the given logged-in user, and returns who has signed up with their Facebook account). What does the user expect to do with the friends that haven't installed the app? Below is an image of the situation (sorry but its only norwegian). Top section label says "Has installed the app", second says "Has not installed". 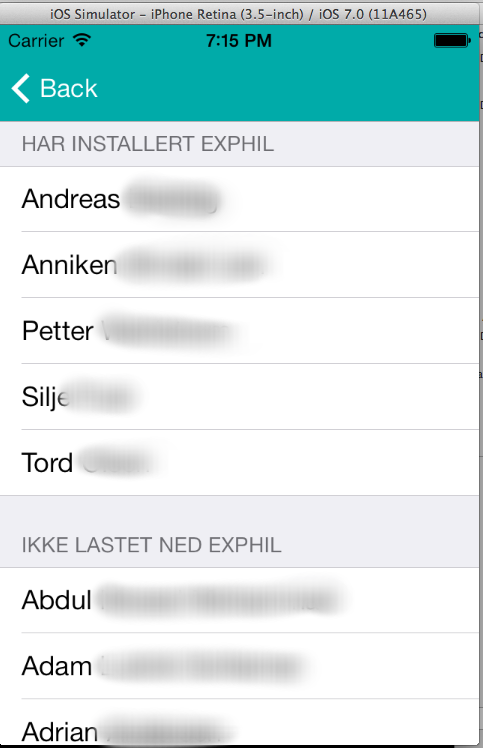 If anyone has any experience with apps that have this feature and take use of it in a good way, not spammy, its appreciated, or just any tip on what users expect of the app in this given situation.

Having two lists could create difficulties in scrolling. Also it's not a good way to divide friends on those who have the game and those who have not. The reason is in what drives me to play with someone. "A-ha! Is she so clever? Let's see!". So don't build the barrier.

The better way is to display all the friends, adding clear signs of whether someone has the game or not, and order the list in appropriate way. For those who have no game, just send invite, as you suggested.

Also it's good to display players' achievements. It could drive to play, too. "I'm start with easy person, then beat smartest one". 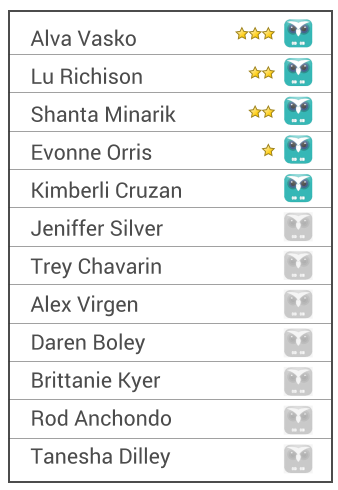 Ask to invite people first and show people with app after. You could also suggest to invite friends after a while that the user still have the same amount of friends-with-app.

Not the answer you're looking for? Browse other questions tagged usability user-behavior facebook social-interfaces facebook-connect or ask your own question.

2
Facebook user and friends user display patterns for Windows 8 Metro App
0
Recommended ways to show the user how we use their information?
5
How to inspire users to share the app?
5
How do I list contacts?
0
Facebook targeted application - Ask for user email before or after social connect?
3
Is there a UI/UX term for misreading a message that does the opposite of what you expect and not realizing it until after?
3
Facebook login additional input
0
How to avoid creepiness when suggesting profile edits in a social network?
0
Showing socially shared content to users who are not logged in