Having recently stayed in a hotel where the shower controls required the user to first pour cold water over themselves before it was possible to turn the control to the warm position:

I wondered what the perfect shower control interface would look like...?

I think that the simple shower taps like this: 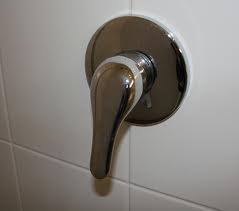 Possible changes that could be made above this:

a. Limit the maximum temperature to a temperature that won't burn your skin - safer and also enables opening tap at any angle without scolding skin without forcing user to turn tap towards cold first.

b. Limit the angle range according to the temperatures currently possible. (E.g. instead of 45 degrees left for max (safe) temp. to 45 degrees right for min temp., 30 degrees left to 45 degrees right if the water can't reach max temp. right now, or 45 degrees right to 30 degrees left, if the pipes are hot during the summer.) This enables user to always get the water flowing at an expected temperature, no matter what the actual limits are currently. This, however, does raise the following question: If the max. possible temperature goes down while you are showering, should the tap move to the current max. if currently beyond it - probably not, because then if a boiler kicks in and raises the max, your water wouldn't get warm again.

c. Alternatively to b, place a fast responding water temperature control to make the temperature match the angle you set it to even if the initial temperature is currently limited. 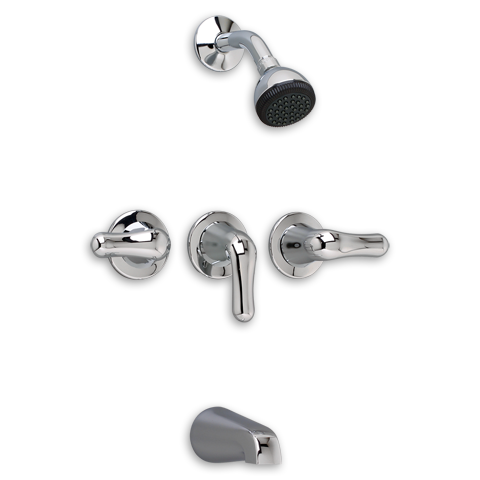 I'd like to be able to set the water temperature in the same way I set my home heating and cooling temperature, by dialing it in and getting visual feedback. I picture something like the Nest thermostat which also remembers what temperature I prefer. After a few days of learning I'd only need to tap it to get it going. Then it would give me a Time-to-Temperature estimate that would tell me how long I should spend brushing my teeth while the water gets up to temperature. 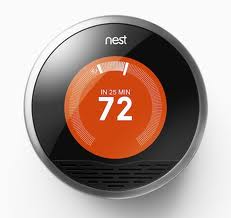 For a hotel, those memory settings would have a much shorter expected life. It would be no different from the bedside alarm clock that would need to be set uniquely for each room guest.

I am always scalding myself or freezing in hotel showers, because I invariably turn the dial in the wrong direction. Same way I often scan my debit card wrong because the diagrams indicating which way to position the card don't really work well in flatland. 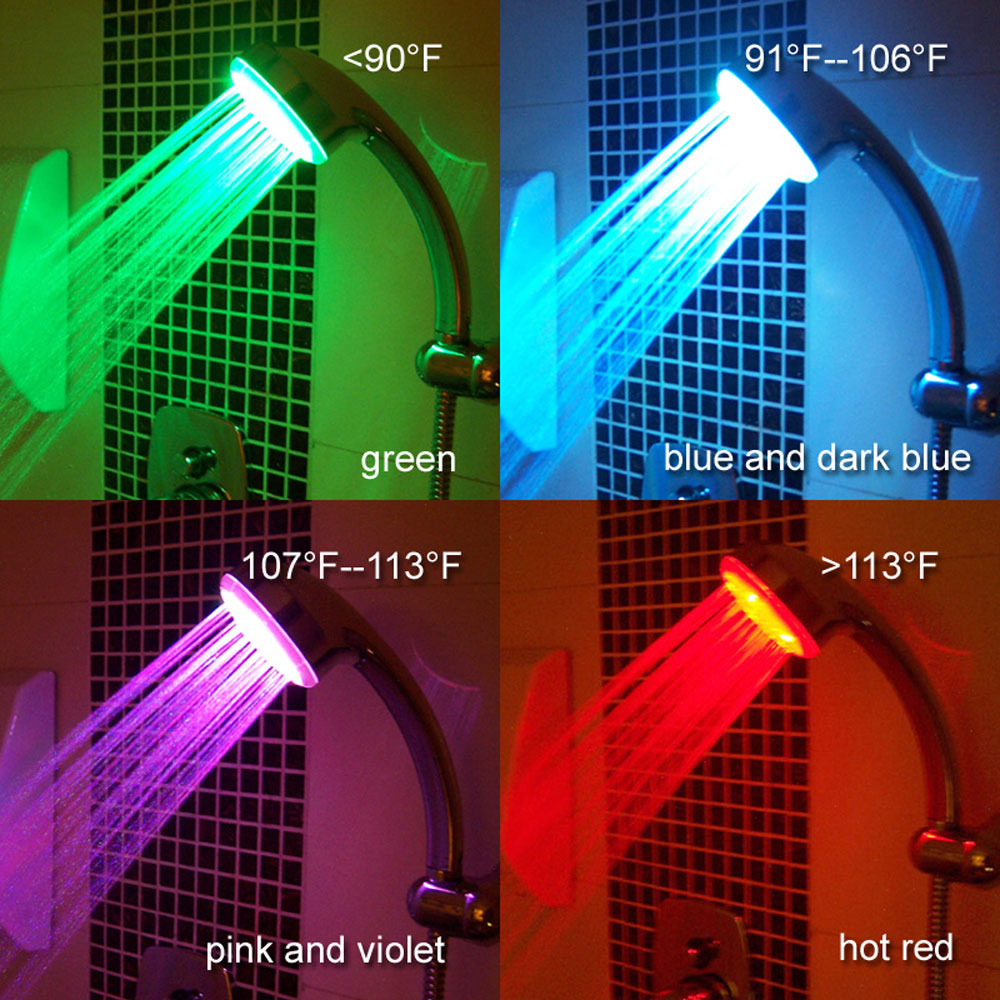 In my opinion, whichever shower control you implemented you will still be under cold water first before adjusting to the comfort temperature due to the fact that you will still need to heat up the water.

A good indicator of the water temperature would be a better option to solve the problem of initial cold water. You can either use a digital indicator as suggested by Linda Brammer or using of color to indicate it. These shower head are already available in amazon and it's plug and play.

Edit: Even with the hot water boiling in the furnace, there will still be that momentary cold water that is between the furnace and the shower head.

It is (theoretically and technically) possible to keep it at some predefined level, perhaps, but the cost of maintaining the proper temperature would be high (constant warming up to some system preset e.g. the temperature of the body). So from the economical point of view you need a workaround.

There are few ways yo can go, either choosing some of these or all (most of these have been already proposed in the other answers):

My idea how to deal with it is a control which: * allows user to preset temperature (but how to tell him that a preset on a control equals some temperature? You can go Celsius or Farenheit or some more descriptive way - "temperature of body", "warm shower", "cold shower") * then, until the water does not reach this temperature, water is directed to the drain - this point would need to come with a visual feedback of it that users would understand (a pulsating led or something saying "wait for the water"), otherwise userw would just think the shower does not work at all * once the temperature reaches the preset, water is directed to the shower

But still, the amount of water that stays in trunk is a problem - it is behind any control unless it is sucked out of the trunk, so that only water of the desired temperature reaches user's body.

This question assumes that the design of the shower knob is at fault. It is important to define the problem, list the requirements, and allow the engineers to provide the solution for your specific problem.

The looks of the "perfect shower control interface", is completely opinion based and has no bearing on the problem defined.

The main obstacle here, is that hot water is seldom available at the tap (it has been cooling since the last running). There are two paths to solution.

The first solution is employed in the majority of standard installations.

The second solution uses a return line to the hot water tank, it keeps hot water flowing to the faucet at all times. There are cost benefit options to consider, that can be taken up with your local utility company and plumber.

What every you would like it to look like, the solution to getting drenched with cold water in the shower is mechanical, and has no impact on aesthetics

108
Why do showers have "hot" and "cold" knobs rather than "temperature" and "quantity" knobs?
19
Why are double-handle taps still installed in households and public washrooms?

9
Order of physical controls: volume down, volume up, mute
4
Controls on moving controls?
6
Is it better to mirror a real-world system for specialized users?
4
Would a 'Processing' indicator on pedestrian crossing controls be helpful - and if so how would it be designed?
12
Volume controls: Why is left down and right up?
19
Why are double-handle taps still installed in households and public washrooms?
3
Volume controls and mute order
3
Why "heat & cool" buttons on air conditioner remote controls?
0
Why are stove controls like this?
15
Does an on/off switch still means on/off when positioned horizontally?