In our app we use green buttons to signify primary actions (located on the right, but that's a whole different discussion) and grey buttons to denote secondary actions ('Cancel'). For example: 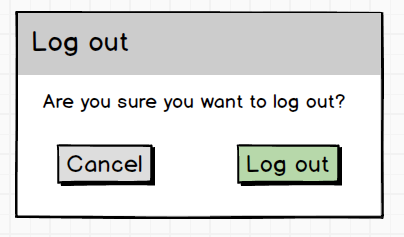 The question is: what color to use for confirmation modals where the user will destroy data?

Note: in this example I'm focusing on deletion of data. The same case applies to other actions that have a bigger impact (regardless of whether it has impact on the state of the system or the amount of time it takes to reverse an action). Of course we should add methods to undo actions, explain the results of an action in (micro-)copy, not use modals in the first place, etc., but for now I just want to focus on the color of the button. We seem to have three options:

1) Be consistent with generic modals in the app 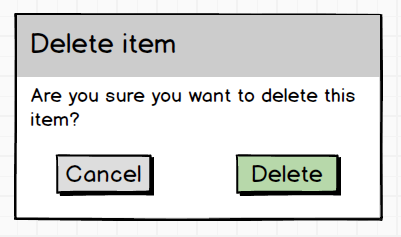 Drawback: 'Delete' feels too much as a safe action.

2) Make it more obvious that primary action is destructive 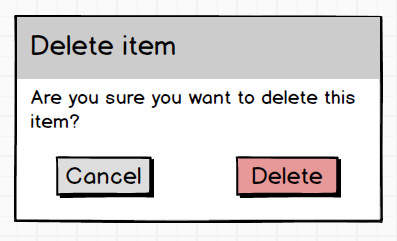 Drawbacks: 'Delete' may be discouraged too much, let's not forget that the user initiated the delete action before the modal appeared. 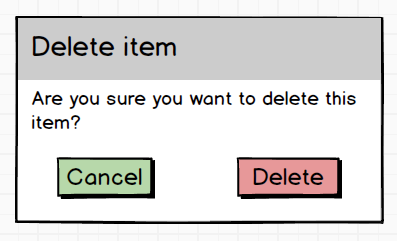 Drawbacks: Although it communicates which action is 'safe' and which one is 'unsafe', it may be confusing and slow users down too much.

Applications all over the place tend to rely on a color scheme that has already, to a certain extent, become a standard.

Green means: Safe. Go for it. Ah yes, nothing to worry about.

I don't think it slows a user down, quite the contrary actually. Since universally applications have adopted red and green to be colors of "be aware" and "you're ok," actions are a lot easier to perform.

Don't break a standard, unless you have a really good reason to do it.

Don't re-invent anything unless you have a good reason to. This reason being because people have seen it multiple times everywhere, they already expect a certain thing/color to do/mean something. 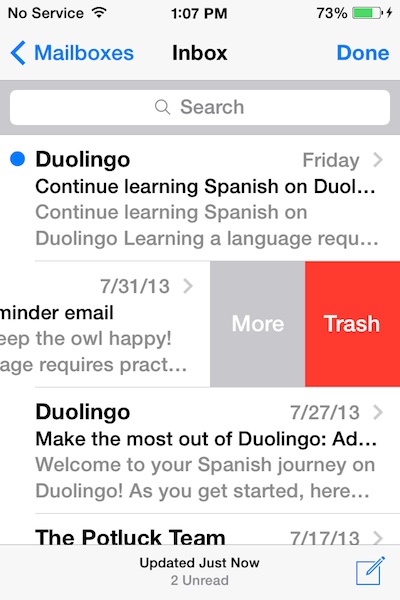 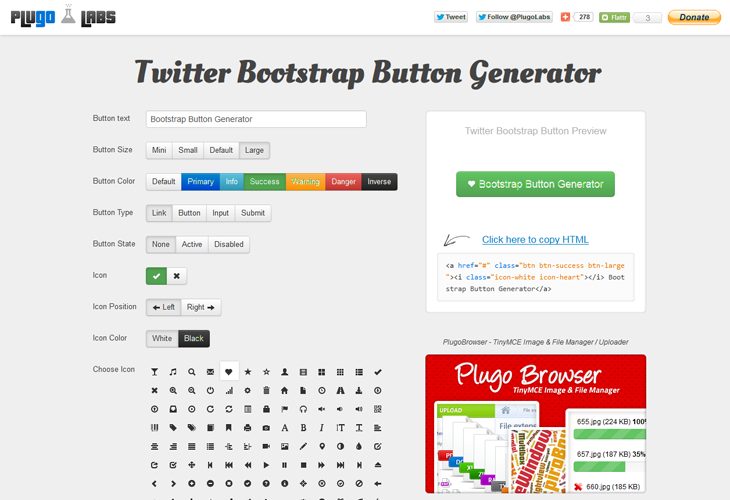 People are already accustomed to what is being used universally, so why break the standard? Gray out what ever is secondary. Primary is always colored, and in this case, it's red/green depending on the action (delete will be red, confirm will be blue, accept will be green, etc).

Cancel is not really an action, but rather a dismissal of the modal dialog. Given that, I suggest you strongly de-emphasize the cancel button. If you do, it becomes clear that you do not need the color coding in the first place:

It might seem that users are accustomed to link-like buttons only on websites, but that is not true. Windows uses links a lot in its applications: 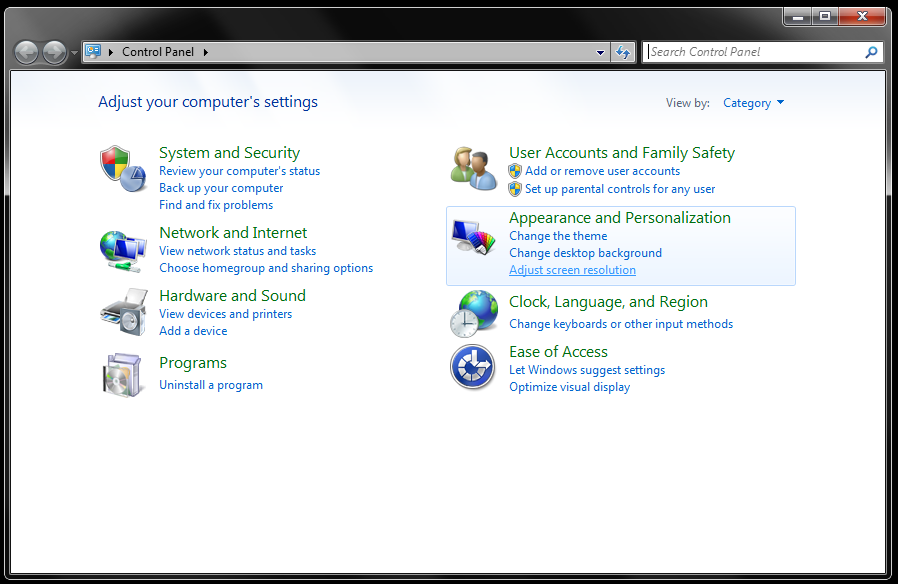 Although the question does ask specifically about the colour I would like to make the following suggestion:

With a critical function such as the one you describe you want to make the function interaction steps different from other interaction steps associated with less destructive actions to avoid a user following a repetitive, almost sub-conscious pattern as they might for common functions.

Colour alone will not necessarily be sufficient.

I would go with a non-ambiguous button name and then be consistent with the colours you are using. "Confirm delete".. or something similar.

My approach would be to:

If it's a customizable modal window, then I would style Cancel as a plain text-link and style Delete as a button that is red or at least is a color that matches the site branding. The button styling of Delete, regardless of its color, would be instantly distinguishable from the Cancel option. I would place the options fairly close together; I'm not a fan of sibling options being flush against opposite sides of their parent container.

The link that brings up the modal window could be red to better distinguish it from its siblings, assuming that said link is part of some menu.

Not the answer you're looking for? Browse other questions tagged forms buttons color call-to-action actions or ask your own question.

337
Should I use Yes/No or Ok/Cancel on my message box?
7
What is the best practice for "delete" buttons in material design?
1
Confirmation Yes/No button pattern

15
Which color for a "Pay now" button?
6
Multiple primary actions
17
Where do you put the delete button if you have delete, cancel and submit?
8
Primary Action Button Colors
3
What's your method for choosing button colors?
4
How to handle color consistency when the color has both thematic and actionable reasons for the color?
3
Color coding vs default buttons colors
2
Color for "Edit"
1
Color Palette Accessibility for White Text Button Labels
8
Different colors for buttons that have different kind of action