What is the psychology behind road markings on lanes unaffected by speed cameras?

In the UK, speed cameras are usually accompanied by white striped lines on the road. I have always assumed that was a visual reminder to the motorist to "watch your speed- it's about to be checked". 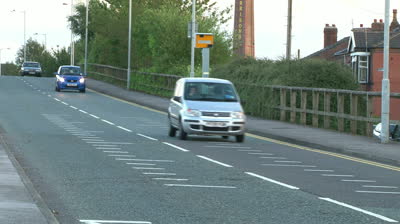 However speed cameras can only detect speeds of traffic moving away from them. So on a two-lane road with traffic going both ways, it will only ever detect speeds from one of the lanes. So the white stripes seem superfluous.

What is the psychology behind putting these lines on the road, even when the camera is not pointing at them?

Early speed camera designs made use of radar beams only. These have been shown to provide reading with high errors, sometimes ridiculous ones. In some countries, like Israel, this has resulted in a legal turmoil, where at some point (with the help of specialised legal firms) not a single offender was convicted in court. This has prompt a revision to the law and the calibration procedure of these cameras. But the problem was not quite solved.

To combat the issue, manufacturers have added a 2-frame camera (usually with 0.5s time interval) to the already existing radar system. The white lines on the road are used as mere rulers. Since the car will hide the ruler on the lane it is driving on, there's also a ruler on the adjacent lane. It just happens that if there's only one lane per direction, the adjacent lane will be on the opposite direction (but same direction if there're two lanes in each direction). 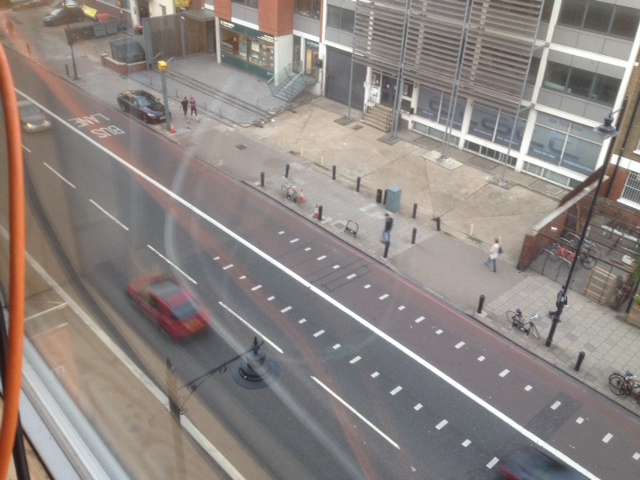 It seems that in the UK and Australia, a conviction is made if the error between the photo analysis and the radar reading is within a 10% margin.

You can read much more about this here.

Are you sure it's purely psychological and not technical ?
With 2 photos taken at determined interval you could prove/verify whenever you want the speed of the vehicles.

In France we have front and back speed camera, single and multiple lane. The last generation can even detect car vs large goods vehicle. So you could not trust speed camera to only detect some car in specific condition in the future.

The lines are used with Gatso speed cameras as a secondary check of distance travelled. They are precisely laid in the road surface and the Gatso takes 2 pictures 0.5 sec apart. Whilst the Gatso will register the speed from the radar (and only trigger the camera if the pre-set limit is exceeded) the number of lines uncovered between the two pictures will show the distance covered in 0.5 sec and will be used as a confirmation of the radar detected speed. The reason for lines on the other side of the road is for use when a vehicle is overtaking past a speed camera. Having a set of lines in the opposing lane removes the possibility of parallex errror

34
What is the psychology behind laying out slabs at different angles for cyclists and pedestrians?
1
How does the projection-angle of road arrows change drivers' expectations of the appropriate speed in a curve?
2
What is the psychology behind newspaper content on websites (and in general)?
22
What was the reason behind total transition towards wide screen displays by the manufacturers?
148
How to encourage honest user behavior in UI
6
What is the rationale behind the design to bring "everything" ahead of the lock screen?
9
What is the rationale behind the way modern elevator dispatch systems are implemented?
57
What is the benefit of 2 drive thru lanes at a fast food restaurant?