Hamburger menu icons - should they be on the left or right?

Hamburger menus (the three small horizontal bars: the new menu icon). Should they be on the right or left?

I'm only thinking of mobile and tablet applications. 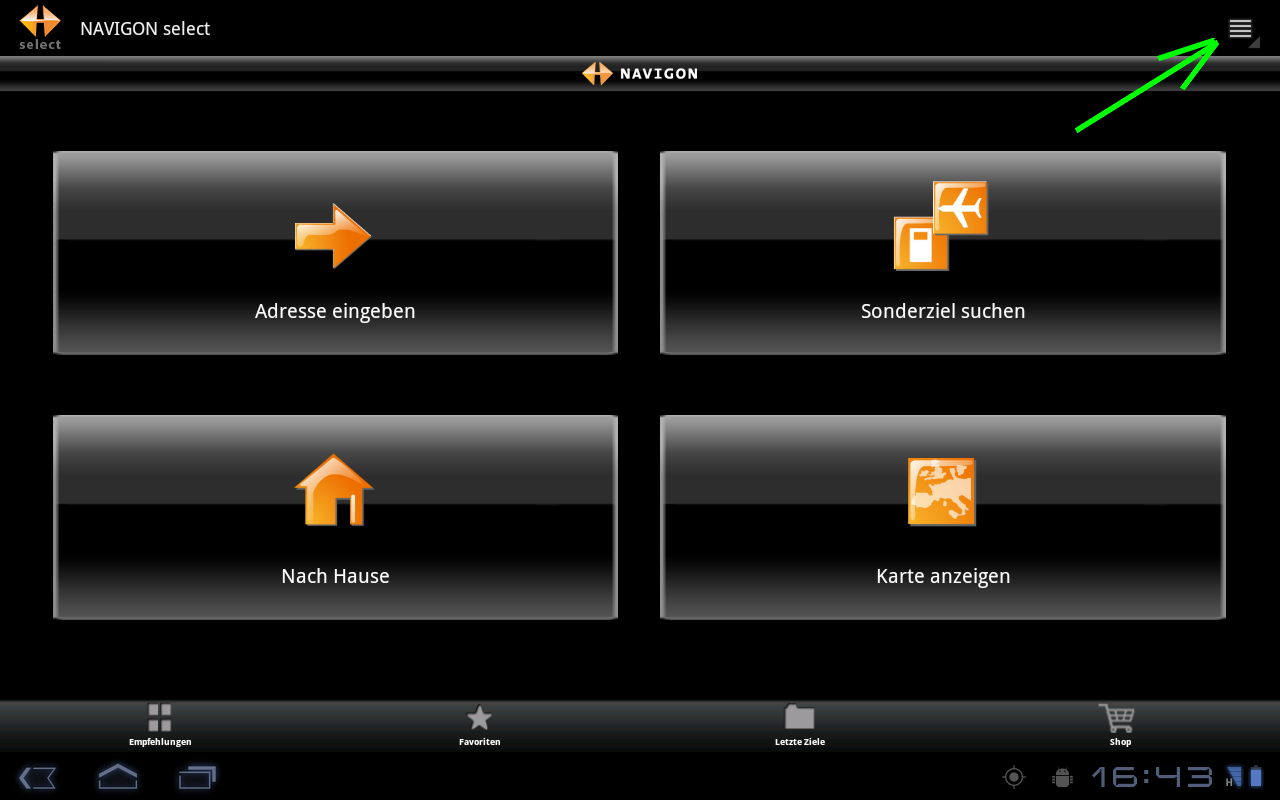 The pattern I see the most is on the left side: Youtube app, Evernote app, and many more. However, I've seen the argument of the right being more user-friendly because when you're grabbing the phone with your right hand, it's easier to reach the menu. 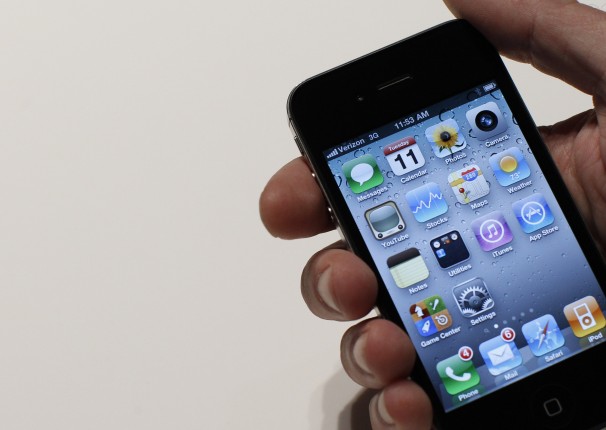 What do you guys think? Should I go with the flow and implement the menu on the left side?

This menu got "famous" because Facebook and Path implemented it for the first time. Personally I'm not really attracted to this menu but if I need to choose a side I would choose the right side.

That's because aprox. 67% of users use the right thumb (so that means the right hand) and in several studies have proved that the screen area is more difficult to reach with this hand posture is the top-left one. Something that you can see properly in this image from the LukeW's book Web Form Design 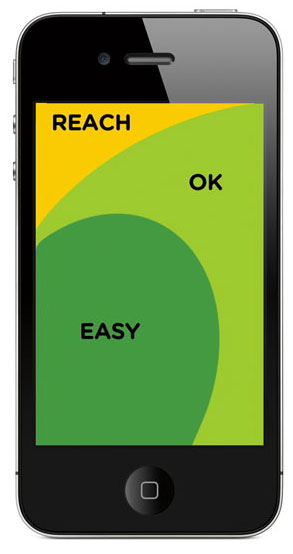 The navigation of an application of mobile website it should easily reachable and accessible. In this way the experience is more comfortable (at least for that 67% of right hand users).

Here you can find a really interesting article about how users hold mobile devices: How Do Users Really Hold Mobile Devices?

Firstly you should do what is already done.

If the majority of apps are doing it on the left top side, then go with that. It's very much like how a lot of phones, even though different companies, apply the same mechanics for touch screens (tap once to open an app, instead of twice, or even swiping at it).

Additionally, as research points out (thanks @Izahaki) the left side is better because it's much easier to stretch out, then to compress (less balance that way in the hand from what I found).

See what your target users (stakeholders) are more comfortable with or are used to. If they are tech savvy, I would go with consistency.

However, there is also something called learned behaviors. Something that users start doing after repetitive usage. So really, if you set a standard, don't break it and there could be a potential of learned behavior. However, I highly suggest you go with what is done first, then establish your own rules if necessary.

We've given this a lot of thought and testing recently and have tried the hamburger / curtain menu on both the left and right. One important factor to keep in mind is the position of other navigation elements that you have, in particular a Home or Back icon.

Apple frown upon having the hamburger directly beside / on top of a Back button - and have rejected one of our apps because of this. Interestingly though, others have gotten through so Apple seem to be somewhat inconsistent about this. Possibly it depends on other factors such as the size of the tap zones, visual distinction between functions etc.

Generally though, I would argue for having the hamburger icon on the right hand side. The top left seems like a natural position for the Back / Home buttons. Previous research that we've done has shown the users like having a Back / Home button as it gives them a sense of security / grounding in the nav hierarchy - they always know they can get back to a "safe" area.

Perhaps you should ask firstly though whether a curtain navigation is needed at all ... they are convenient in that they effectively act as a global nav, accessible from anywhere in the app. Does your app require this though? Is it easier to simply have a navigation page with a table of icons / functions for the app on the homepage? This helps to give customers a good mental model of the app / functions that are possible. It depends on your app, the number of functions who have and how your users use it.

Whatever you do, make sure you test a prototype of your solution with real users before you send it into development!

The most used controls should be in the most easily reachable screen area.
If the menu is seldom used, which I think it's the case, then it doesn't qualify to be within the right thumb reach.
A seldom used menu that opens for example a busy configuration screen calling for active interaction is more likely to be operated with two hands.
Also, having the menu at the left top corner has two more advantages: it's always visible, and it's less likely to be touched accidentally.

Since this was answered, a lot has changed. We now know that bottom menu's are a lot more user friendly, which is why we see larger brands more towards this concept.

The way these menu's work is, you place 4 of your menu actions in this bar, and have a 5th "menu" button, to hide the other, less important, menu items you'd have on a desktop version.

It's obvious if you think about it, your fingers are closer to the bottom of the screen, so why wouldn't you place it there?! I've gathered a few examples. 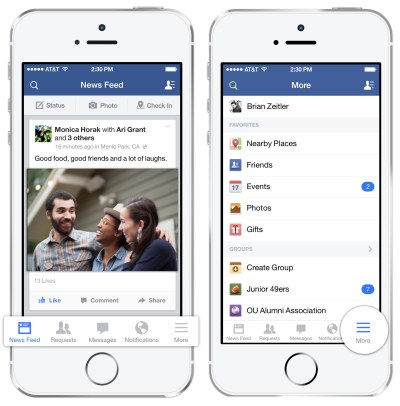 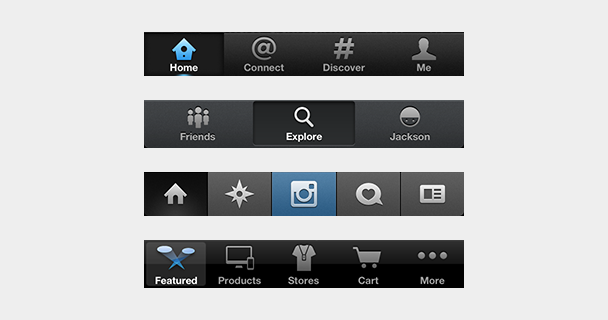 Western people are used to reading left to right, top to bottom, so putting interesting info on the top left (like the current app logo and title) instead of a boring static button, saves them time. Also, righthanded people like interactive stuff on the right.

In my opinion, this would depend on how the button is to react. If it is going to show a hidden vertical menu then it should be on the side that the vertical menu is on (much like Facebook's app). If the menu drops in from the top, bottom, or goes to a completely different view, then it should not really matter.

When in doubt, I would go with what is easiest and fits the best on the screen.

I think it depends on the action that the button causes. If it activates a menu that appears on the left part of the screen then the button should go on the left to reinforce the association between the button and menu by proximity.

If activates a menu that appears on the top part of the screen then the button should go on the right, because this is the way drop down list boxes are configured, and this style of menu is conceptually descended from drop down lists.

Not the answer you're looking for? Browse other questions tagged usability gui-design navigation mobile layout or ask your own question.

15
Do web users understand the 'sandwich icon' for side bar when used on a desktop site?
7
Having the "Hamburger Menu" to the right, shouldn't menu items be right-aligned as well?
5
Why opt for right-sided nav drawers?