Color for an "online" indicator

I always thought that green fits best if you want to indicate a successful connection. But I recently noticed that our router at work uses blue LEDs. Is there any difference in their meaning?

Edit: Some proof that may support the "blue = fast" theory:

I don't think that this decision was based on usability considerations.

In product design, there are as much trends as in clothing fashion. Computers and peripherals used to be beige boxes, but once they became "home electronics", they started getting trendy designs.

A guess at why blue LEDs became so popular: Earlier, it was impossible to create high-powered LEDs in blue. When a manufacturing process was discovered in the mid-1990s, the first ones on the market were rare and expensive, giving a sense of exclusivity to the early adopters (case modders) who used them. Then cheaper mass-production methods were discovered, and suddenly, everybody got to play with the cool blue lights. Which started a trend, and they started being used everywhere, not because the color provides some important information, but because a device using them looks like a trendy new model to the potential buyer.

As an example, the equipment on my desk is about a year old, except for my second monitor. Keyboard, PC case and the first monitor are all black with blue LEDs. The second monitor is from the late 2000s, with a case in a black-and silver combination, and uses green LEDs. I have observed these exact color combinations in many other electronic devices, e.g. car radios and induction stoves.

As for the actual usability of the blue LEDs, I find it lower than that of other colors. First, they tend to emit more light. It is actually distracting, when one tries to darken a room with running electronics. Second, I have a slight non-correctable visual defect of seeing "dandelions" of rays around small light sources. It is much worse in the blue portion of the spectrum, and pure blue light, such as from blue LEDs, is the worst offender. If there are two blue LEDs close to each other, I am not able to tell which one is on and which one is off unless I am very close to the device, which certainly reduces the usability of devices with rows of blinkenlights.

If there is just one status (or if each status has an appropriate label next to it) then the colour choice is irrelevant as long as the on and off status are easily distinguishable. When there are a number of different status you need to represent, green and red are not ideal colours due to colour accessible design. It would be pointless having an indicator for 'everything works fast' unless you can show the relative degree (e.g. number of bars). I am not aware of blue having any other meaning when used as a status indicator.

I'm not sure there's a hard, fast color choice for a status indicator. Like most "rules", they are guidelines. Yet the biggest thing to keep in mind is the context of your product is what matters most. Are you already using blue a lot? For links? Background colors? Is it a core color to your color palette? If so, then you might want to consider using a different color like green. If blue isn't a core color and if it wouldn't confuse the user within the context of your product, then I think you are fine.

Mail (for Mac, OSX Mountain Lion) uses a blue indicator bubble next to the message to indicate a new or unread status.

The Messages App for Desktop Mac uses green, yellow and red bubbles to indicate available, idle and away statuses. This example is probably closest to the one you have cited. One thing to note with Messages is that it also uses the blue circle metaphor as well to help users note which messages are read and unread.

In my opinion, the color blue is chosen because it look cool to many. It's already integrated as part of the product design. And of course, the color red always refer to error or mistake. 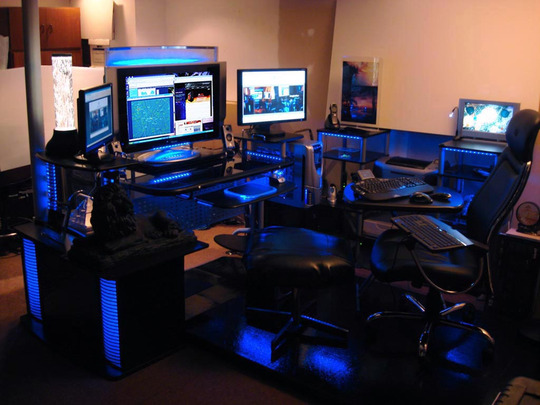 Not the answer you're looking for? Browse other questions tagged color indicator speed or ask your own question.

5
Traffic light like indicator for color-blind users?
2
Are Network online/offline indicators necessary for Mobile apps?
3
Drop down indicator for a circular shape
10
Effect on usability if I use green and red colors (for meaning) in an app whose color scheme does not include those colors?
1
Indicator for mobile hierarchial menu
1
What color should be the color of unread inbox indicator?
4
Color picker – indicator / selection marker
3
Smartphone indicator light colors - conventional meaning?
1
Progress indicator for two steps