I am creating email verification in IOS and want to assist the user with verifying they have entered the correct email address before sending confirmation.

Some app use an instant input feedback with javascript to quickly inform the user his password is invalid, misspelled - www.ui-patterns.com/collections/input-feedback/entry/573, or sometimes use tooltips to just informs them what the field is.

I am looking for a way to prompt the user during or after user enters his email information and taps done other than alertbox popup. Any design patterns for tooltip in this use case?

I've had some design discussions on this and had come up with a few options using a combination of some of them:

It sounds like you do NOT want inline validation for whatever reason. So to answer your question, you could avoid an alert by doing something like this. Show an error message inline at the top of the page describing the error, then highlight the specific input fields that are invalid. Optimally, you can also put text next to the input field describing the error in more detail. 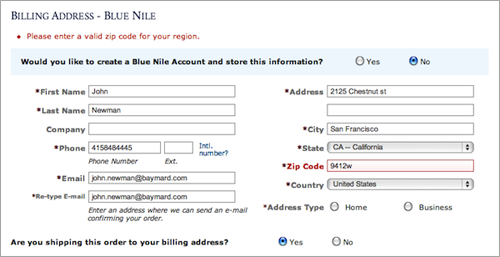 With that said, I think a better UX will be to show errors inline, if it's technically feasible. This way the user can focus on each input field, as it's entered, and correcting the error is much more seamless, than doing it after the entire form has been filled out and submitted.

Neither of these methods are built into iOS, you will need to do some custom programming. 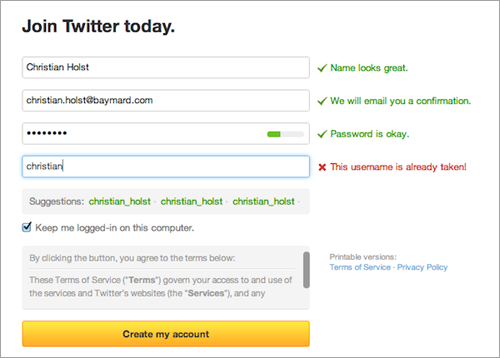 Not the answer you're looking for? Browse other questions tagged mobile design-patterns ios email verification or ask your own question.