For an interactive graph I'm using a UX pattern called Data Brushing. My starting point is a d3js example by Mike Bostock.

This is what it looks like in its initial state: 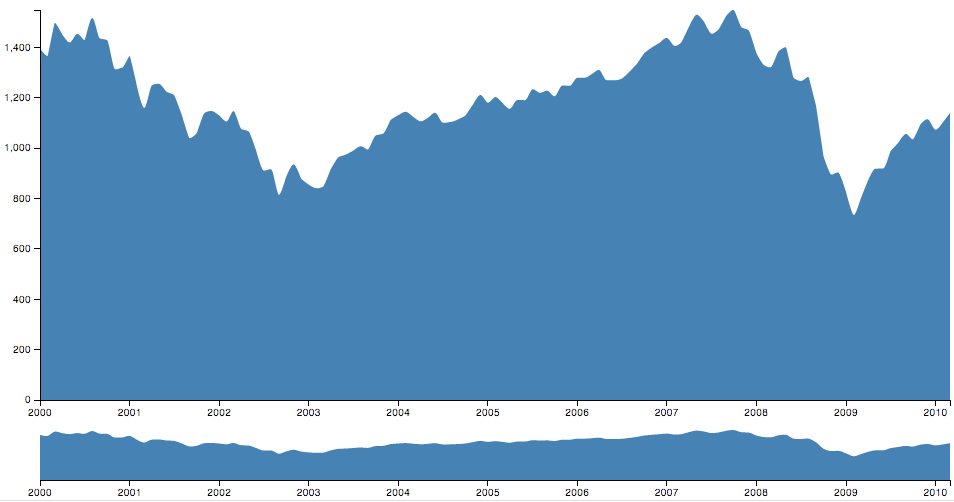 The smaller graph below acts as a range control for the large (display) graph above. When you select a range for example from January 2001 - January 2002, the large graph will update to show only data within that range. 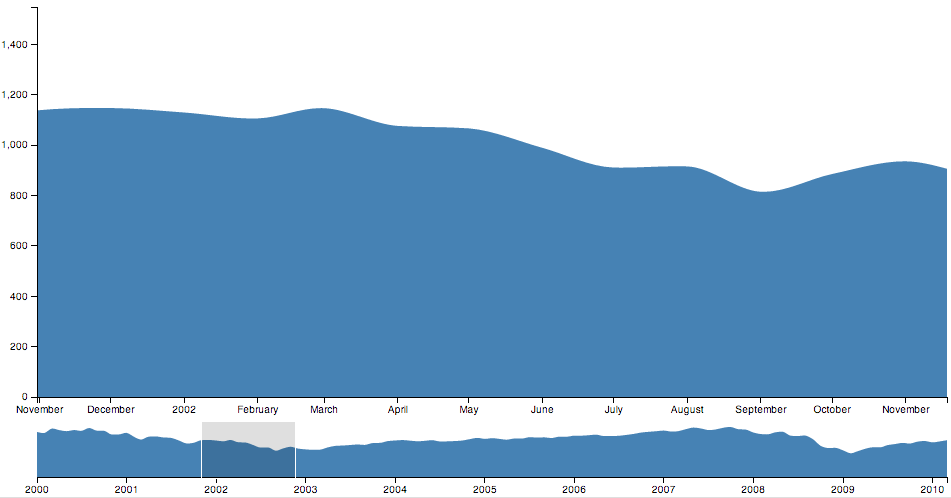 The problem I have with this interface that the relationship of the two graphs is very unclear for first time users.

As you have mentioned, the 2 graphs are "disconnected" from each other and there is no clear visual relationship to link them together.

I have seen controls like these commonly used for graphing stocks and putting an explicit link between the 2 charts is definitely the best way establish a link between them.

Google Finance's charts provides a good example by linking the charts and dimming the range scrubber to provide affordance: 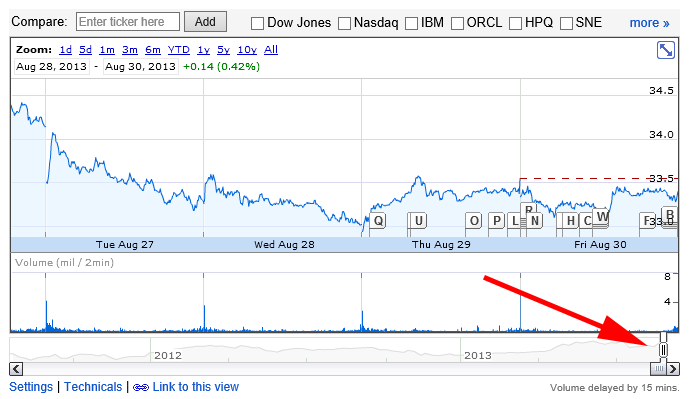 To try the control out: http://www.google.com/finance?q=NASDAQ%3AMSFT&ei=x1kkUqCNBsSikgWfigE

Yahoo also does something similar by dimming out the lower chart (overview), but does not explicitly connect the 2 charts: 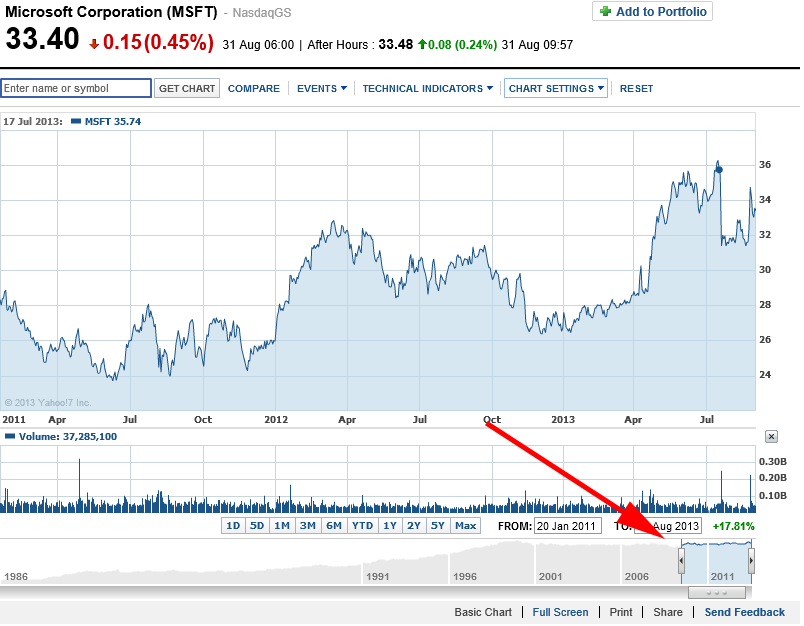 Try it out here: http://finance.yahoo.com/echarts?s=MSFT#symbol=msft;range=20110120,20130902;compare=;indicator=volume;charttype=area;crosshair=on;ohlcvalues=0;logscale=off;source=undefined;

Those kind of graph are more and more common but a simple color effect can helps user.

You should change your initial state to an already zoomed state where upper and lower are differents for more clarity. 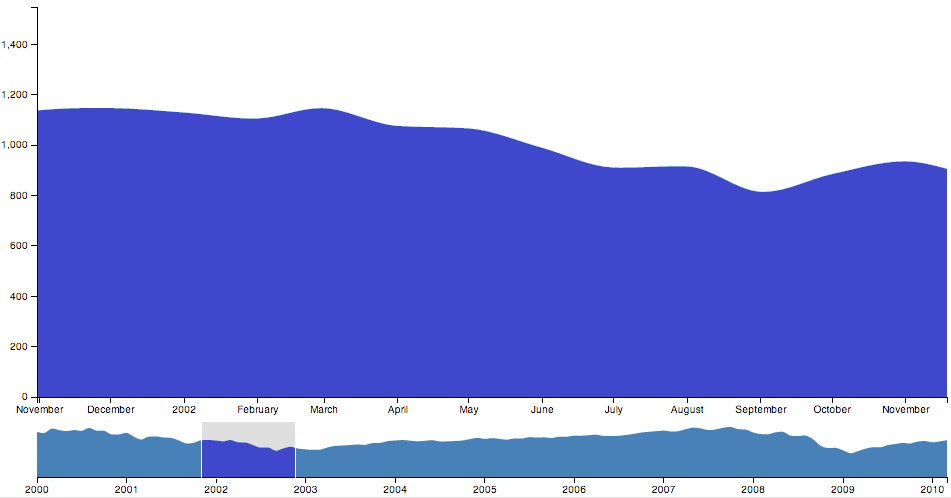 Not the answer you're looking for? Browse other questions tagged interaction-design info-visualisation or ask your own question.

4
Seeking research and guidance: what is the maximum usable density of lines in a line graph?
2
visualising session data
8
A graph for displaying numerical data like age
1
Displaying advanced graphs (with data from table)
3
Best graph for data with both very large and very small values
11
graph exploration and data overload
1
How to visualize progress in categorized data?
2
Whats the best way to graph percentage data?
0
How do you balance dynamic data driven dashboards with design and UX?