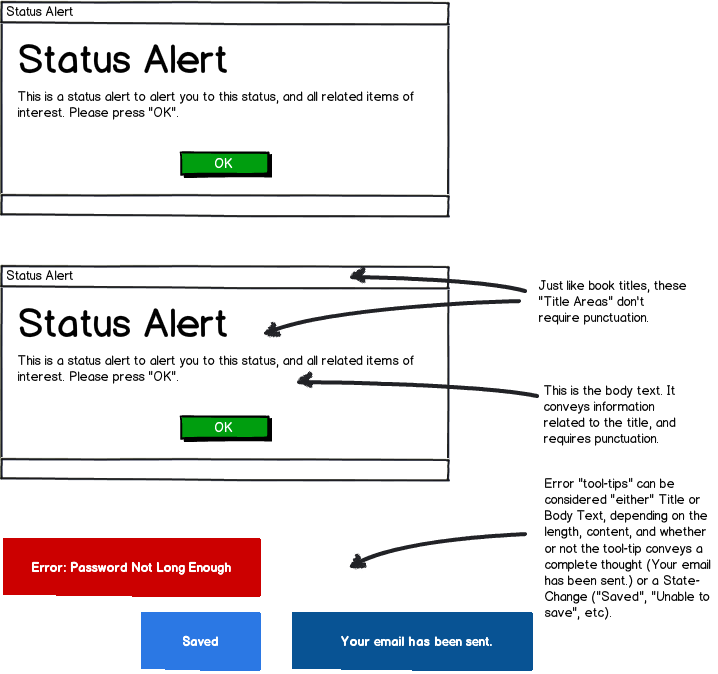 2
What should my button read, when user is done reading a text / message
7
Combination of text and drag and drop search
1
Leave data in form after submission?
34
Placement of flash/growl notifications or messages in web application
54
Messages such as "Operation Successfully Completed": Is word "successfully" really necessary?
4
Explaining to computer illiterate users - text vs images of text
3
Do fine-grained message statuses (such as when a message was seen) help usability?
71
Should "Deletion successful" confirmation be red, or green?
1
New text message requests
0
Should I capitalize button text when quoting it?