Is it better to have a "new" button in the action bar or in the list?

I'm designing an Android app and I'm not sure which is the best place to put my 'Create New Object' button. 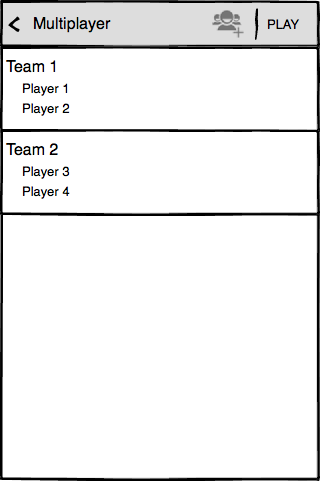 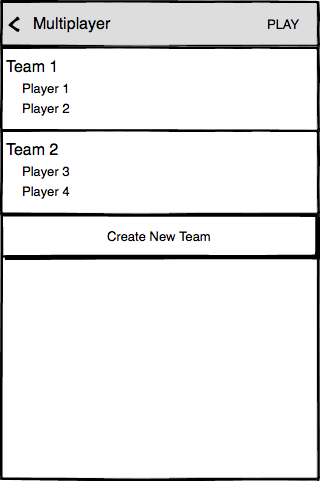 I agree with him that it feels too cluttered but I think it's the Android standard to put it in the action bar. Is using either location okay or is there a reason why I should choose one over the other?

If the action pertains to only this screen I would have it under the last team as you do on the right. I make a practice of using the header bar for only two purposes: navigation and page labeling. You should only have action items on there that can take place from any place within the application.

It gets lost on the left, the right is more intuitive.

Another aspect to consider would be the distance between the action buttons. In the second model (on the right), your controls are spread in triangle and the "Create New Item" Control will keep falling away as more and more teams are added. Consider the scale-ability and think of a situation in which 5 teams and multiple players under those teams have been crated. In this case "Create New Team" button wouldn't be visible to the user unless you scroll.

Considering these aspects, I would recommend the first model (on the left) over the second one. Definition of simplicity is making the interface simple in every aspect. If you make one aspect of the user interface simple at the cost of the other, then holistically speaking, your interface would have lost simplicity.

2
Best way to communicate the action of a non-button control
32
Should Android and iPhone UI be different?
1
What's the best way to view details if touch gesture is used for something else?
0
Should I put same action button in both Action Bar and screen content?
9
Android back button; save or cancel?
4
Android: Is it common to have the Account Settings section incorporated into Settings?
1
Should the Back button do anything from the Launcher?
2
Action button placement different for modals than base screens