How should a dangerous action be presented to the user? [duplicate]

Consider a simple spyware detector that detects a suspicious activity by a program and needs the user to decide, whether it is OK or not. I came up with the following dialog.

Since the detection may not be 100% accurate, the "Ignore thread" button is necessary. However, if the user clicks this button by mistake, he may be seriously compromised.

How do I present the action to the user so that

I've considered adding a timeout to the dangerous action, so that the user has to wait before clicking it, but that adds the annoyance factor and may stress the user.

I don't see a way to implement undo (default to Stop program and allow the user to revert later), since once the program is stopped, whatever unsaved data the program was holding are irrevocably lost.

It should also be noted that the dialog will popup unexpectedly and I need to make sure that a user's click intended for a control beneath the dialog does not invoke the dangerous action.

What would be the optimal UI in this case?

Using something that works line a safety switch could be an idea. 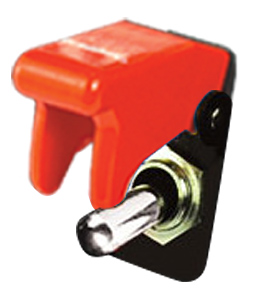 A button that needs to be primed first to work.

1
If a user makes a mistake, should I prevent the action, or automatically resolve it
2
How to indicate a user the next action to do?
2
Should 'Change Selection' be an undo-able action?
0
How should a single task in linear process be presented to a mobile user?
0
What design pattern is best for highlighting a required user action?
1
Should a delete action be displayed regardless of state?
0
Should I hide action buttons or let the user press them and then show a message
2
Good way of confirming potentially dangerous action in web-based app?
3
Should I use bulk action or allow individual actions on the Dashboard?
1
Should I show database-generated IDs to the user?