Should 'ABC' keyboard layout be used in single-purpose devices?

I have noticed, that some (well, quite many!) single-purpose devices (like: GPS for a car or some photo frames) use 'ABC' keyboard layout as default one, instead of the (local) standard QWERTY. And in some cases, there is not even a setting allowing user to change it.

I think the reason for that is that these devices can be used by people totally unfamiliar with computing. Actually - it's hard for me to find another explanation.

But I believe this group is very small, so the question is: should it be so? Should the needs of a small group of people shape the user experience of the majority?

Or maybe my assumptions are wrong and the reason lies somewhere completely else?

Much of UX is about expectations and recognizing patterns. Anyone who is used to QWERTY will be much faster in finding a specific character in that layout than in an ABC layout because you don't really have to actively think about it. Especially in satnavs, you want to be able to use the keyboard quickly and efficiently, and for a huge part of your user base that means QWERTY.

However, there are some considerations that favor ABC.

There is this issue of internationalization. While we might assume QWERTY would be a decent default in many cases, entire countries use different layouts like AZERTY. Unless you solve this and support whatever layout your user might be used to, it's better to default to a more universal layout like ABC.

I haven't found any evidence, but there are a lot of claims that ABC keyboards are easier to use by people suffering from dyslexia. I find that a more logical explanation than people not being used to computers, since computers and keyboards are so ubiqitous anyone will have seen a QWERTY layout before. So, if you want your product to be very inclusive you could opt for ABC as the default, while offering a switch to QWERTY (and AZERTY, etc) for "power users".

Also, QWERTY only works in it's original layout. The keys should be staggered and in 3 lines (Q-P, A-L and Z-M). So, you can't have a layout over 2 or 4 lines and that might be more useful in certain situations than having QWERTY. Take for instance a keyboard layout that has to be navigated using directional keys . 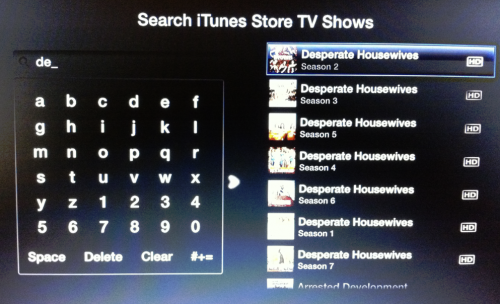 If the keyboard isn't meant for typing words but just indicating single characters (like in the hangman examples), the ABC layout has more flexibility and will probably not affect UX negatively.

I would suggest the following differentiation:

eg: Satnav are not necessarily in your hands while typing the address, they might be mounted on the windscreen or fixed in the center console. In both cases user cannot use it with 2 hands to make use of the QWERTY optimization.

eg2: In game consoles, you do not have a QWERTY keyboard (usually) and are given a ABC layout for easier access.

I would say that ABC might be easier to use while looking and selecting(typing).

28
How to improve the smartphone keyboard layout?
13
Why are keyboards, mice designed to make sound when pressed and clicked?
1
Should we bring back the user to the ABC mode on the SmartPhone keyboard automatically after they have entered some symbols/numbers/punctuation?
25
Layout for on-screen hexadecimal keyboard
8
Why Greek letter mu (μ) on European keyboards?
3
Show special keyboard view when entering a password on mobile devices?
0
Comparing mouse + Keyboard vs Touch Screen Input Devices?
6
Universal or standard pattern of keyboard layout design
1
Keyboard layout for (learning to / switching) hands
2
Why is the US keyboard symbol layout different from most other keyboards?