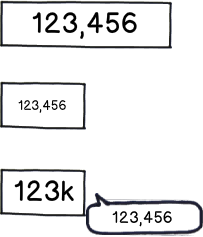 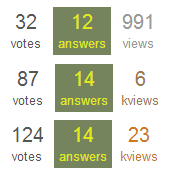 bendurbendur
2,13411 gold badge1414 silver badges1414 bronze badges
Add a comment  |
0
Want to improve this post? Provide detailed answers to this question, including citations and an explanation of why your answer is correct. Answers without enough detail may be edited or deleted.

Mark SimpsonMark Simpson
10911 bronze badge
3
Add a comment  |
-2
Want to improve this post? Provide detailed answers to this question, including citations and an explanation of why your answer is correct. Answers without enough detail may be edited or deleted.

BTestQBTestQ
1
1
Add a comment  |
Highly active question. Earn 10 reputation (not counting the association bonus) in order to answer this question. The reputation requirement helps protect this question from spam and non-answer activity.

5
XML editor design indents XML without tabs/spaces - disadvantages?
0
Developing the news area for a website
12
My boss has a different idea of a website's UX
2
Visualizing structure and intermediate results of a computation
4
How to visualize immediate and total search result counts
5
Whats a good way to show that a user gets a free coffee in a loyalty app?
1
Displaying "big" tree chart
3
How to display big forms on mobile?
1
How to make a screen with tons of whitespace not look awkward
0
Page slide display area