I'm building a site that uses the jQuery iScroll plugin in the main navigation system. (http://lab.cubiq.org/iscroll/examples/simple/). Please note that the plugin is not exactly drag-n-drop.

A grab/drag hand similar to this:

How else should I warn the user about the draggable interface?
A DRAG ME message (as cursor) that appears for some seconds when the page loads?
Does anyone have any ideas/references?

EDIT: I could see in the answers some tips and references to other questions where some of the divs inside the page are draggable. But in my case the whole page navigation is draggable. How should I warn in that case?

Here are some examples:

So I think I can come up with various "small" solutions which are:

-Small animation at the beginning as in example#1

-Lack of any scrollbar or button to go next like in example#2. Two opinions with this, either the user realises he must drag or leaves the page. If I put buttons the user will use the buttons to go left/right and probably won't realise the page was draggable like in example#4

This all makes me think of when MAPS websites were not draggable. When they began to be draggable, how did they warn the user?

EDIT 2: I found this article that might be interesting for the subject: http://blog.maxrudberg.com/post/38958984259/if-you-see-a-ui-walkthrough-they-blew-it

navigation desktop-application drag-n-drop warnings
Share
Improve this question
edited May 30 '13 at 2:12
Alvaro
asked May 27 '13 at 2:22

I agree that most answers here apply only to draggable elements. In those cases there are clear conventions for giving such elements affordance. In the situation where the whole canvas can be explored by dragging, the only real convention I know is the hand cursor.

I think the following points are important to keep in mind if you choose to pursue this design:

Nevertheless, you are not the first to make this decision, although in all the examples you give, I would not consider the choice justified. You really need a better reason than wanting to stand out in order to risk such bad UX experiences. Some cases where the paradigm does work:

The common element in these seems to be that there is a very large canvas, where the user will want to place the viewport accurately on a specific area. Zooming in and out is always an important use-case in these examples.

The scrolling mode in these examples is relatively well known. Drag the canvas around, double-click to zoom, etc. Make sure you implement all elements of it, not just the dragging.

The following elements may help to let the user understand that they are in this mode.

Drag handles
This goes towards affordance. Users need to be able to recognize something can be dragged just by looking at it. A "grippy surface" is a common metaphor for this.

Cursor A grab-hand makes sense as well as the arrows (move) cursor. Currently grab is Webkit-only. Also note that some devices don't have a cursor at all.

Maps
By now people are used to dragging maps around in Google Maps. It is two-dimensional content and it's easy to see some of it is outside the viewport. Large photo's might also trigger this recognition. However, people are used to scrolling pages of text, so don't make a drag-centric interface for text based content.

Tutorialize
Show something about how to use the interface upon first use. Indicate where more content can be found and how to get there. Not however, that on the web people will hardly ever have the patience for this.

Draggability should always be offered as a secondary mode of interaction. Everything a user can do by dragging should be possible by clicking as well. This is why Google Maps has that D-pad in the upper left.

I see a lot of "I want users to behave like X" and "I want user to have a sense of exciting discovery". This is not user-centered! Besides, people tend to go through annoyance and irritation before reaching discovery, and on the web that means they're long gone.

This article mirrors my own experience:

They agreed that drag and drop felt ‘fun’, and ‘creative’, but overwhelmingly stated that it was unnecessarily complicated, and that it was just as easy, or easier, to click. ‘Dragging was a drag’ was one of my favourite quotes. :)

Finally, let's review your examples, as they handily cover a number of pitfalls:

or else continue reading.

Show it to the user that it's draggable. Like in real life physical Products do.

For example the switch on this table lamp here. The grip is enough to tell the user that it's draggable and it can be slided since there is no other reason why to put bumps on a switch. 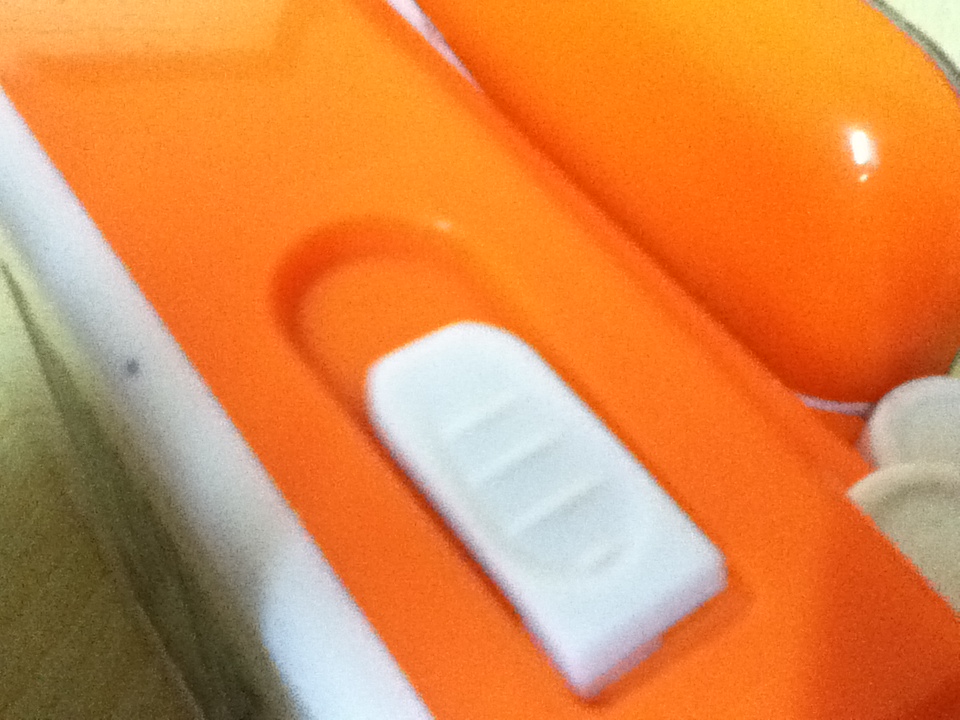 Similarly in iOS draggable Table rows have "grips" in the far right . 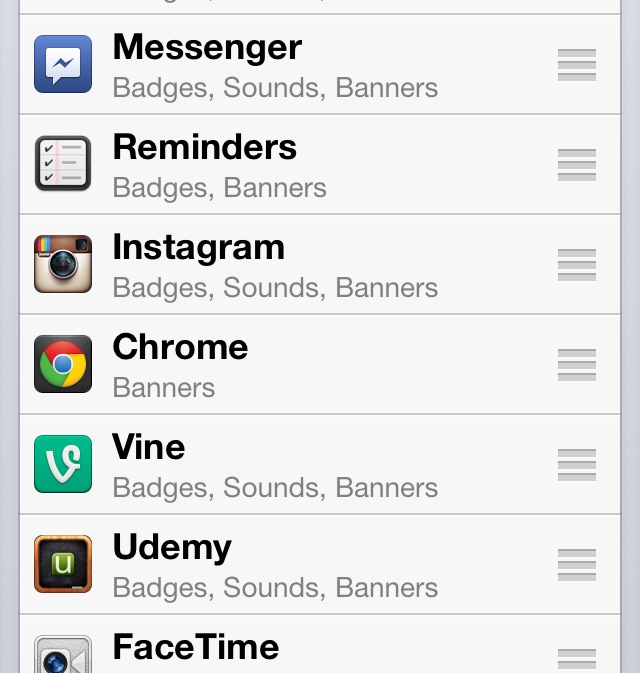 Also notice the scrollbar if you're on windows 7 or less. It too has grips which means it can be dragged

So you can put "grips" on whatever you want the user to drag .

I've been thinking about this and to my understanding and findings, form elements which itself teach you about their interactive nature are the most successful ones. For example scroll-bars, buttons, drop-down menus etc. But here we are talking about an additional interaction, the DRAGABLE PROPERTY which a static image cannot explain. Taking lead from here, I suggest something like that.

Now these interactions are in addition to whatever approach you use to make the div seen as draggable. You should still use a cursor with arrows, possibly have scroll-bar near the div and other discussed visual aids which help the user understand its interaction and nature.

Whatever you try to do, try to avoid using a solution such as http://blacknegative.com/. It a kop out (in my opinion). If you have to tell users how to use a website you're overcomplicating an issue. So the whole area is draggable? The below answer comes from just some creative ideas and nothing more - I think you have received some good ideas above and they are not to be discounted.

I'm out. Understand that might not particularly help but I'm throwing my two cents in regardless - plus it was great/interesting to think about. My general advice would be to use simple GUIs to indicate that the page is draggable. And if that fails, screw it, just tell them! (eurgh, kop out kop out) Questions/considerations:

EDIT: Sorry why can't you do what @Salman said and have properties (div) similar to http://www.narrowdesign.com/ - when the user drags it, only then does it go full screen?

Some parts of interactive design is also about discovery. You shouldn't have to explain, indicate or notice about all that is possible. Not even have to be intuitive per se. Life is also about discovery! When you have users who are familiar with the interaction style you created, they will find it out themselves. Other users will find out by accident. It's almost like an art form. Now how cool is that!?

You should change the width of the scrollbar on mouseover; that helps a lot to get noticed by the user. Next, you must change the mouse icon that you yourself suggested. It's a good way. Anything extra will be overload. I am attaching how facebook chat show that its draggable and then increasing the width to get the user attension

The best way I can think of is just put a little popup near the cursor with the Message "Hold and drag for scrolling" or something like that.

You can then specify to hide the tooltip on hold. I think this is the most simple way. It does not have to be difficult.

Not the answer you're looking for? Browse other questions tagged navigation desktop-application drag-n-drop warnings or ask your own question.

56
How to visualize the possibility of drag'n'drop?
34
How to make it obvious that you can drag things that you normally can't?
2
Sorting and pagination for tiles - Examples/ideas?

12
How do I make a table row on a web page look draggable?
1
Should we warn the user that data will lost immediately or during saving?
34
How to make it obvious that you can drag things that you normally can't?
13
Drag and Drop with scrolling on tablets
5
What is the best way to point the user somewhere offscreen in a draggable map?
27
Make object look draggable
0
A breadcrumb within a breadcrumb?
1
Click-to-edit and click-n-drag combined
1
Draggable canvas
0
What feedback to give to users about why drag & drop does not work here?