Is remembering and using user ID when logged out a bad thing?

I'm developing a website for a group of people who play a game online. (It's for a mmorpg guild). I'm creating it all myself rather than using an existing system mostly to learn website skills as I'm a c++ programmer.

It has some features that people will need to log in to use such as messages, chat and so on. I will certainly require the user to be logged in to get any access to those.

It also has some functionality that need to know the user asking for the information but there are no security implications at all as the information is entirely public anyway for example displaying stats for how the player is doing in game. Anyone could go look them up elsewhere so I only need to know who to display them for, not to authenticate.

My intention is to keep the user in a cookie or something so at all times the website will know who is asking for the information even if they are not logged on. (For privacy reasons I'll let people turn this ability on and off - defaulting it to off)

My question is, is this a bad user experience? Will it lead to confusion amongst users? That the website already seems to know who the user is and some of it works. But other parts need the user to log on first even though to a user it might seem it already knew who they were.

Basically after thinking about this for a while, I no longer have any idea if this would seem confusing or not any more to some random user.

website-design login user-expectation
Share
Improve this question
edited May 17, 2013 at 13:54

I will not talk about the security issue here.

If the user is explicitly asking the website to remember their username it is not bad UX, on the contrary it is good UX that the website is offering such a service. Since people use different IDs in different games and this feature saves them the trouble of remembering the ID all the time. They can associate their password with their visible ID and log in.

It is a standard practice in many online games and many websites provide the same feature. 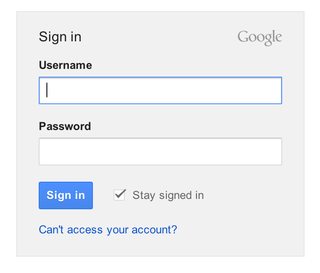 Not embedding other images on purpose.

Please bear in mind that many computers are used by multiple individuals and keeping someone logged or even identified without their consent is not just a security risk, but a privacy issue as well.

Not the answer you're looking for? Browse other questions tagged website-design login user-expectation or ask your own question.

21
What is the most pleasant and fast UX when logging in / registering for a private web-app?
5
Best way to show two different kind of login forms
79
Are people sick of logins?
0
How should I go about making a login system for video game high scores?
35
Banned user tries to log in − show a “Banned” message or a generic “Cannot log you in”?
3
What is the best way to display user company role and application role when logged in to the application
0
When to log in the user during shopping process?
2
How to manage logged in status when the user clicks back button?
2
How to inform the user they have been logged out from their previous account when logging in to a new account in a new tab
0
How to simplify login and registration when you can't use social login?