How unusable is it to use icons as checkboxes?

It's a cool concept when it is implemented, however I am worried that it is not obvious that the icon is clickable. What are people's opinions about a) using the same icon both in a view mode and in an edit mode or b) swapping the icon for a check box when switching from read mode to edit mode? 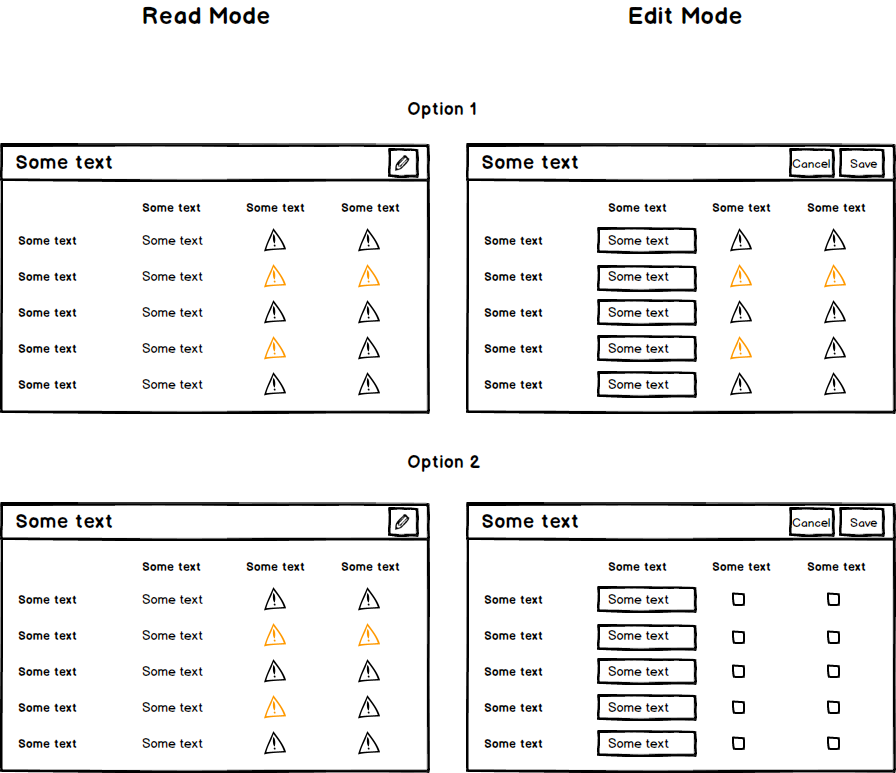 When designing an interface, you should focus on making it as easy to use as you can, not on doing something new for the sake of it. And as your question stands you haven't really shown what the problem with checkboxes is that you are going to solve with icons and colours.

So breaking it down with specific reasons:

TL;DR: Don't use icons as checkboxes.

In a very general sense there is nothing inherently wrong with using an icon to indicate some binary state (for instance visible/not visible for a page in a CMS), provided the implementation is sound. But the fact that you're suggesting that these icons could be substituted for checkboxes in 'edit mode' does rather suggest that they would represent the same yes/no state as a checkbox, in which case the established convention is obviously the way to go, as per the first answer.

Not the answer you're looking for? Browse other questions tagged icons checkboxes business-application collapsible-panels or ask your own question.

1
Legal stance on using application icons within our product
1
View an object that sometimes is editable, but sometimes not editable
5
Icons vs Icon colors
2
Is the cognitive load of using both vertical dot and horizontal dot menus worth hinting at how the menu will appear?
3
Should checkbox label be styled like an anchor link?
13
How do we represent that a search feature has “intelligent” capabilities?
3
Are toggles pro usability when used to autofill a form?
0
iOS list with checkboxes and radio buttons alternative
1
Using Select All with button checkboxes