What is the best way to point the user somewhere offscreen in a draggable map?

Let's say you have a Google Maps like draggable map: 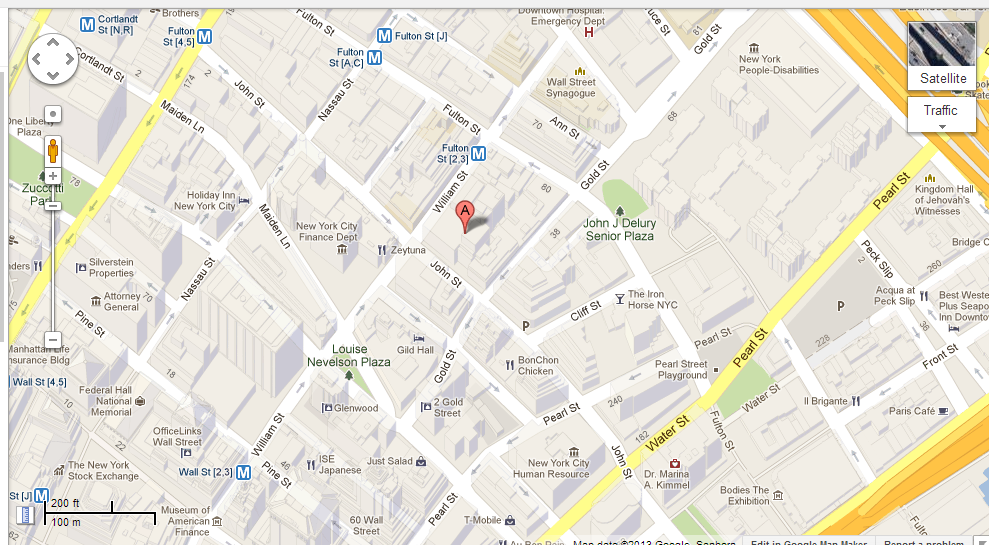 I'd like to show the user that there is something waiting for him somewhere outside of the visible portion of the map, let's say to the left. My instinct would tell me to overlay an arrow, but this has a few problems: 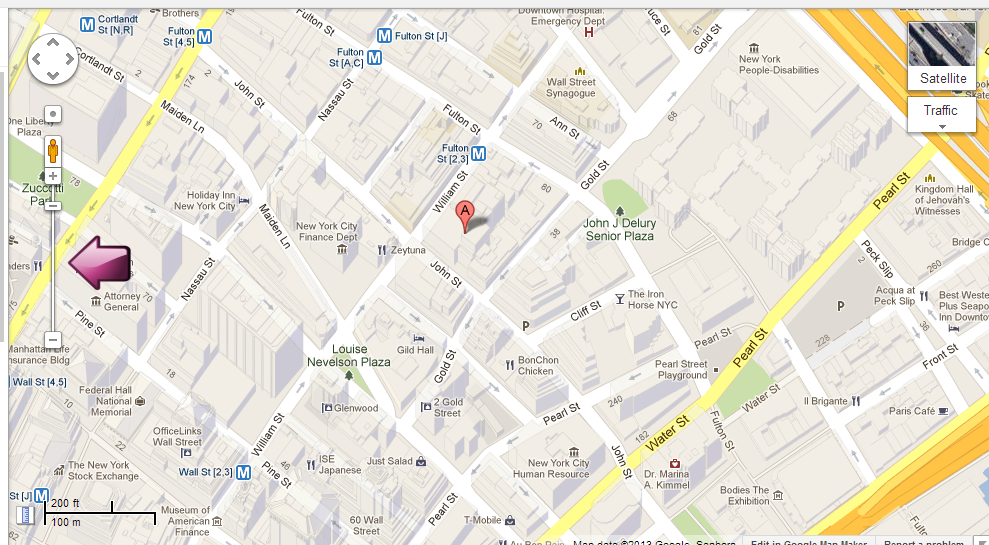 If I respect the interface controls like in the image above, then it's not evidently clear for the user whether he's supposed to scroll to the left or interact with the zooming controls which the arrow seems to be pointing at aswell. If I disregard the interface instead: 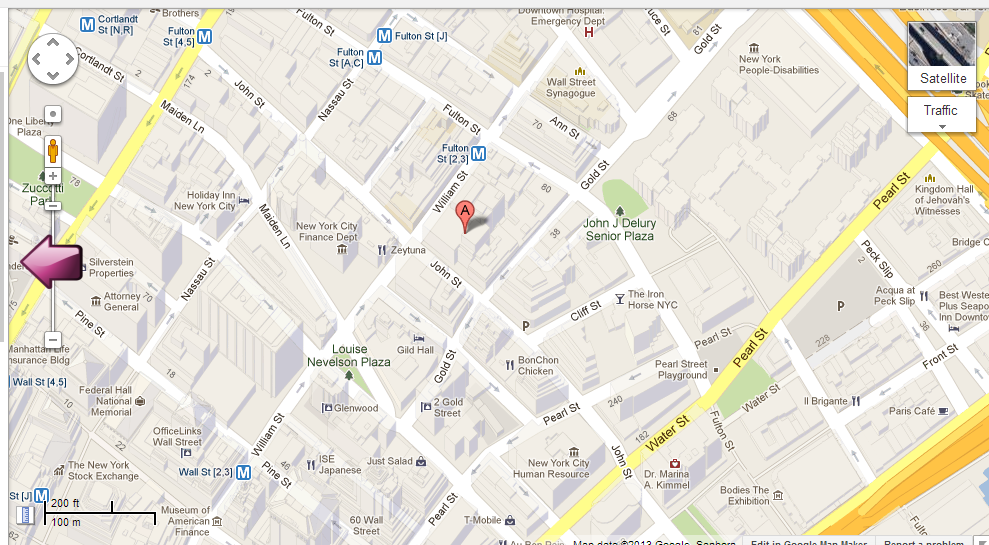 While the intent might be clearer, well, what if the user wants to interact with the zooming controls before reaching the location pointed by the arrow?

In the example I'm providing here the solution might seem easy, just place the arrow somewhere where there are no interface controls; the problem comes when the location I want to point the user to is not predefined, scenario in which, at least in the examples I provide, the arrow would ideally "guess" what is the best place on the screen to appear based on the target location (that is to say, depending on the direction the user should scroll)

What is the best way to let the user know he should scroll in some direction without getting in the way of an existing overlayed interface AND in such a way that it doesn't become ambiguous with said interface?

Depending on what you want to show and why : 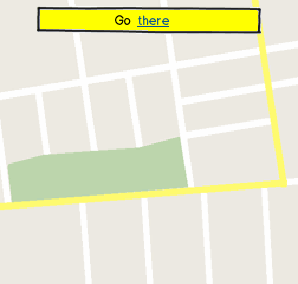 If you want the user to do something tell her how

Tell her what to do : 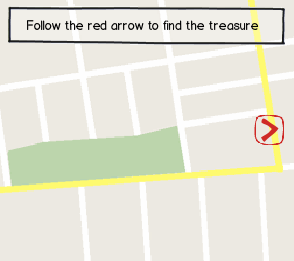 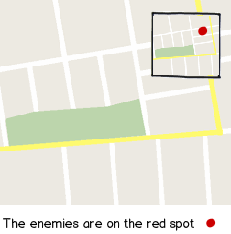 A couple options come to mind depending on your implmentation:

Not the answer you're looking for? Browse other questions tagged map-ui drag-n-drop maps or ask your own question.

7
Re-plotting items on a map
13
Warn desktop user of draggable website
1
What is the best way to present map tools on a map in a mobile application?
4
best way to denote the infobox of a map marker as clickable
3
Testing Filtering Functionality inside a map based native mobile App
1
Single point adding on maps?
1
How to show an approximate location along a route on a map?
2
Locations Map: Show all location based on search OR go by the search area?
3
Horizontal slides editor - How improve its navigation?