Is it necessary to show the name of the application on the screen?

gui-design mobile-application
Share
Improve this question
edited May 2 '13 at 18:36

You probably do not need to. And the space is probably needed for your contents.

You could of course put the name in the loading screen, and other suitable places, but as I get it, this question is about having the name always present on screen.

The name is often useful when changing between active applications. But the OS often shows both the name and the app icon in the act of switching: the probably most common way to switch to another app is by tapping its icon (for starting, or from the list of active apps) or tapping a notification. Even when loading an app, the loading screen is shown in many cases.

So once opened, the user will be very aware of what app it is, and probably have very little need to see the name again.

Now, when unlocking your phone, and finding it with an app open. Could you differ it from other apps? Try flicking between different pages in your app and others, that could be found similar. Is it unclear which app you're looking at? In that case, there are other things you can work with, without sacrificing space or attention for printing out the name:

You will have to work with these things in a consistent way, so different pages in your app is obviously looking like the same app.

Lastly, at places where you really want to type the name, then consider using the app's logo in combination with, or instead of its name in text, as the user then won't have to read the text to recognize the app.

It's not necessary as long as you can make sure your branding elements (colors, fonts, icons) come through in the design. Kickstarter is a good example of an application that uses the full real-estate to showcase the content rather than the name of the application. However, notice that they included many of their branding styles in the design. 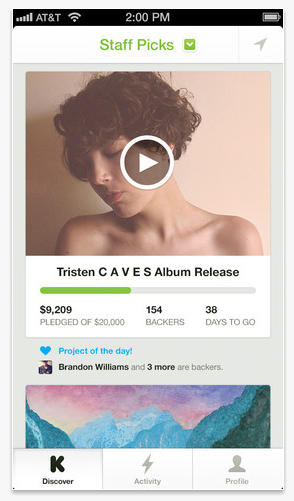 It's more important to show the page name or some sort of navigational structure on the page than the name of the application. Make sure users know where they are in the flow of your application.

Application name on the window or the title is helpful when you have multiple applications visible in the view. This is not the case in mobile applications (apart from samsung note and other monstrosities) you have the application occupy the entire screen.

In such a case you just need the name to be visible where there are applications visible together, like the home screen or app list, multitasking views, or whatever.

Not the answer you're looking for? Browse other questions tagged gui-design mobile-application or ask your own question.

11
Is it absolutely necessary to show the currently selected language in a language selector?
3
Best way to represent gender
1
Is it worth to change the style of my webapp's menu?
2
Chat Windows Within Web Application - PopUp or Floating Div?
1
Multilingual Mobile Application - How to implement language change
9
Design for Application consistency or follow OS convention?
0
Best practice for multiple select categories
0
How to determine whether custom or "standard" cursors are to be used in a software application?
2
Is there a need to display arrows in the drop-down fields in the mobile application?