Four different types of actions need to be applied to elements in a list on a mobile phone. How do I organize these actions?

I have a bunch of user created items in a list on a mobile phone. I've broken the possible actions applied to each into four types, listed below in order of most often used:

I'm having a very hard time figuring out how to let the user access each action, because of the differing intents behind each one. You have reading and creating content (reply), sharing, viewing numbers, and editing previously entered information. In the future, the user will be able to combine the analytics for multiple accounts, so I need to find a solution that allows for this. My ideal solution allows the user to act with one click

Options I've played with are:

p.s. If this isn't clear enough, I can quickly make some mockup images.

We always want it to be possible to do everything with only one click. It's not uncommon for people to judge an interface purely based on how many clicks it takes to perform an action and then call that UX design. But in a lot of cases it's not a very helpful requirement when trying to offer a multitude of actions. All these buttons will clutter the interface, making everything harder to find. Because you're strapped for space (especially on a smartphone) you're probably going to want to use short words for each action. Or an icon without words.

I believe clarity an predictability of an interface is at least as important as possible performance measured in numbers of clicks, and much more useful for creating a design that works.

The ING online banking app is one of the more simple and easy to use apps on my iPhone. It's main interface shows a listing (in this case bank accounts) with their most important properties (name of holder, account number, balance). They take three lines of text for account, which makes it easy to distinguish one from another and they're nice and large to tap with your finger. They didn't try to squeeze in buttons. Instead, each item folds open (indicated by a triangle that points up or down) to reveal two actions. Each action has an icon that makes it easily recognizable, and a label that makes it easy to understand what it will do. 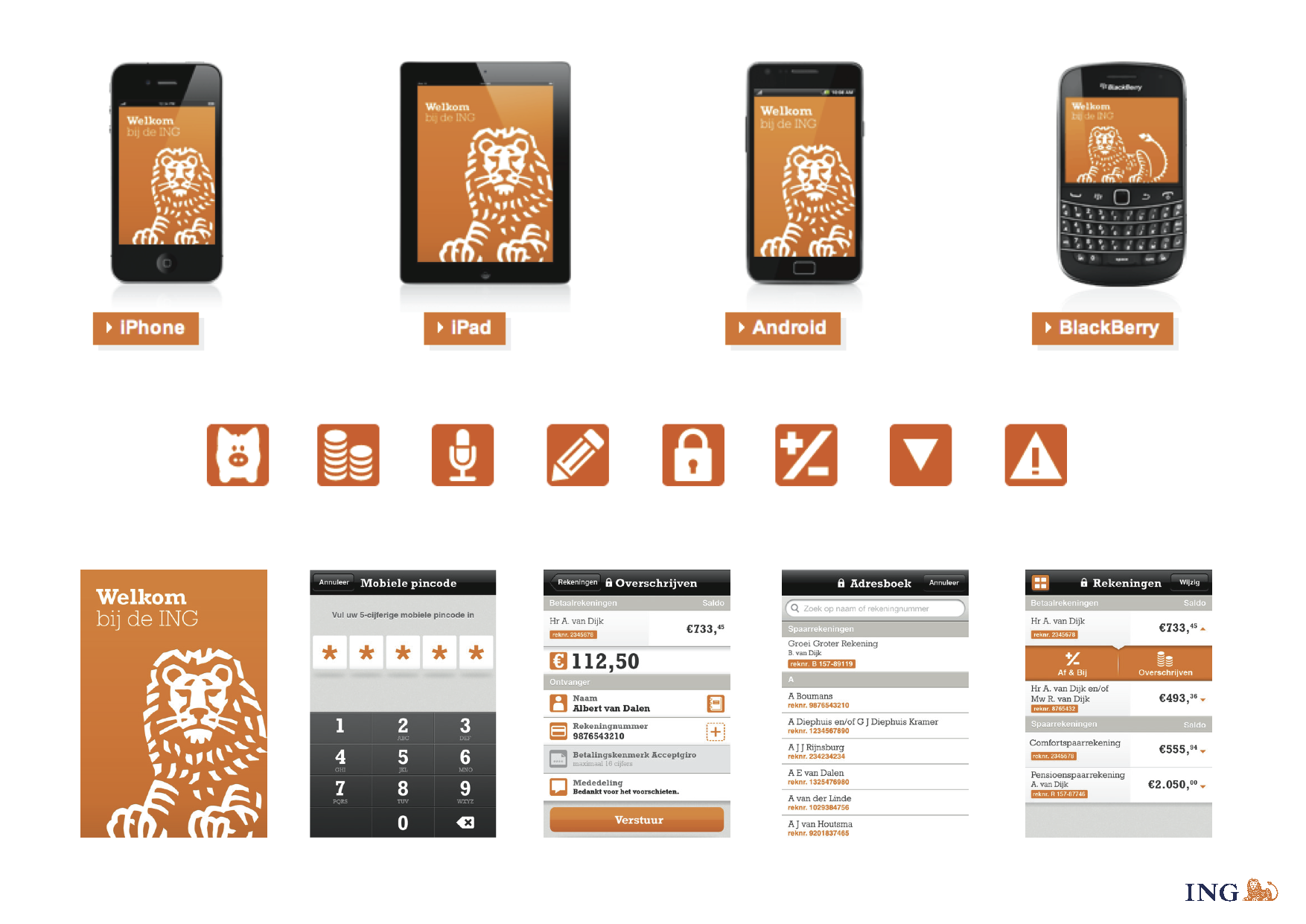 If one of the available actions is used much more often than the others, you could go also for a master-detail view solution. If the detail view initially focuses on that primary action, that becomes available in only one click. Other actions could then be listed in that detail view as well. However, you sacrifice discoverability of the other actions and it adds a level of navigation.

Not the answer you're looking for? Browse other questions tagged usability mobile web-app or ask your own question.

13
Making it clear which items in a long list are selected
7
Toggle button for actions
1
Is grid the right layout for mobile web applications?
8
What is the best method to undo an action?
2
Mobile, "Show Remaining" or "Show All"?
3
Long select lists on mobile web app
1
Rotating arrow vs plus/minus sign for a dropdown in Android
4
Are multiple FABs allowed in a single-page in android?
0
Edit functionality position
0
How to group a long list of items on 1 mobile app page?