Right now I feel that from a usability perspective and even a design perspective a list of checkboxes is not the best way to go. My second option is to have a multi-value select box so that when the user starts to type there is an autocomplete box and all the user has to do is hit enter to select the value. I am not sure if either is the most usable way to go and I was curious to see what everyone else out there thought?

Is there a way of grouping some of the attributes into categories?

If so you could then either have each category have a drop down or each category could have a separate area on the form (this could be one after another, with a slightly different background colour simply bordered off from the others).

If you aren't able to group them into categories, I would sort the list alphabetically and then give each attribute some extra lineheight/padding so that its clearly readable.

Check box lists would be the answer; based on Microsoft guideline for desktop app which you could use it for web app somehow: 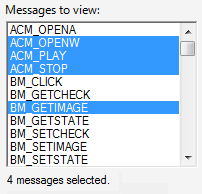 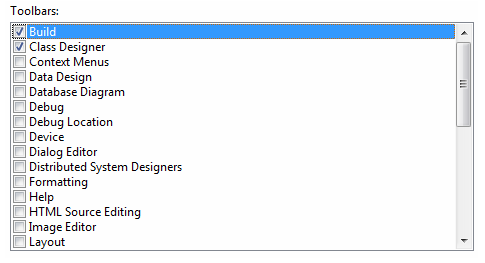 In the multi-value select box users need to know how to write the attribute. If your system users know this information, it can be a good option. However if there is some ambiguity in which attributes are available or how are they written, I think another approximation would be better.

If you feel that there are too many attributes to use checkboxes, I think you could use a more familiar pattern like the two lists selection: one list has all the attributes available (that can be filtered, searched, etc.) and another list contains selected attributes. Users can select one or more attributes from the first list and add them to the second one.

Not the answer you're looking for? Browse other questions tagged web-app checkboxes data lists multi-selection or ask your own question.