A responsive approach has been taken to the current project I am working on. It is a corporate website with 3 levels of navigation. Attached is an example of the solution I have come up with for drop down navigation on the desktop site for mobile. 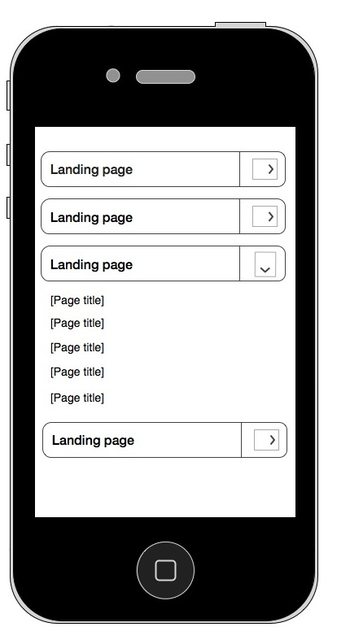 If you have a separator line between the "Landing page" text and the chevron (arrow), it implies that selecting each performs a different task, which is fine.

An app that I did usability testing on used this separation, and it was clear to those that I tested that they performed different actions. Interestingly, when I used the iOS detail disclosure button (which is supposedly the iOS way of handling things like this), most users tested did not understand how to use it. 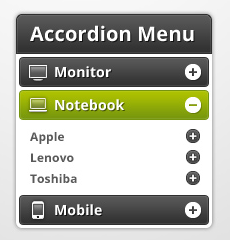 The usability issue is that your arrows point off-screen (right), which is a convention for indicating that content will scroll from right-to-left, as a transition to a different page than the current one.

Not the answer you're looking for? Browse other questions tagged mobile navigation iphone accordion or ask your own question.

1
Dealing with navigation with mixed nodes that expand and collapse, some being selectable, some unselectable
12
Making mega-menus accessible for keyboard users
5
Navigation with or without sub-navigation?
4
How to deal with too much navigation
2
Usability of a mobile navigation consisting mostly of accordions?
1
Expandable grid interaction
0
More intuitive navigation solution
0
feedback on navigation with multiple level of hierarchy